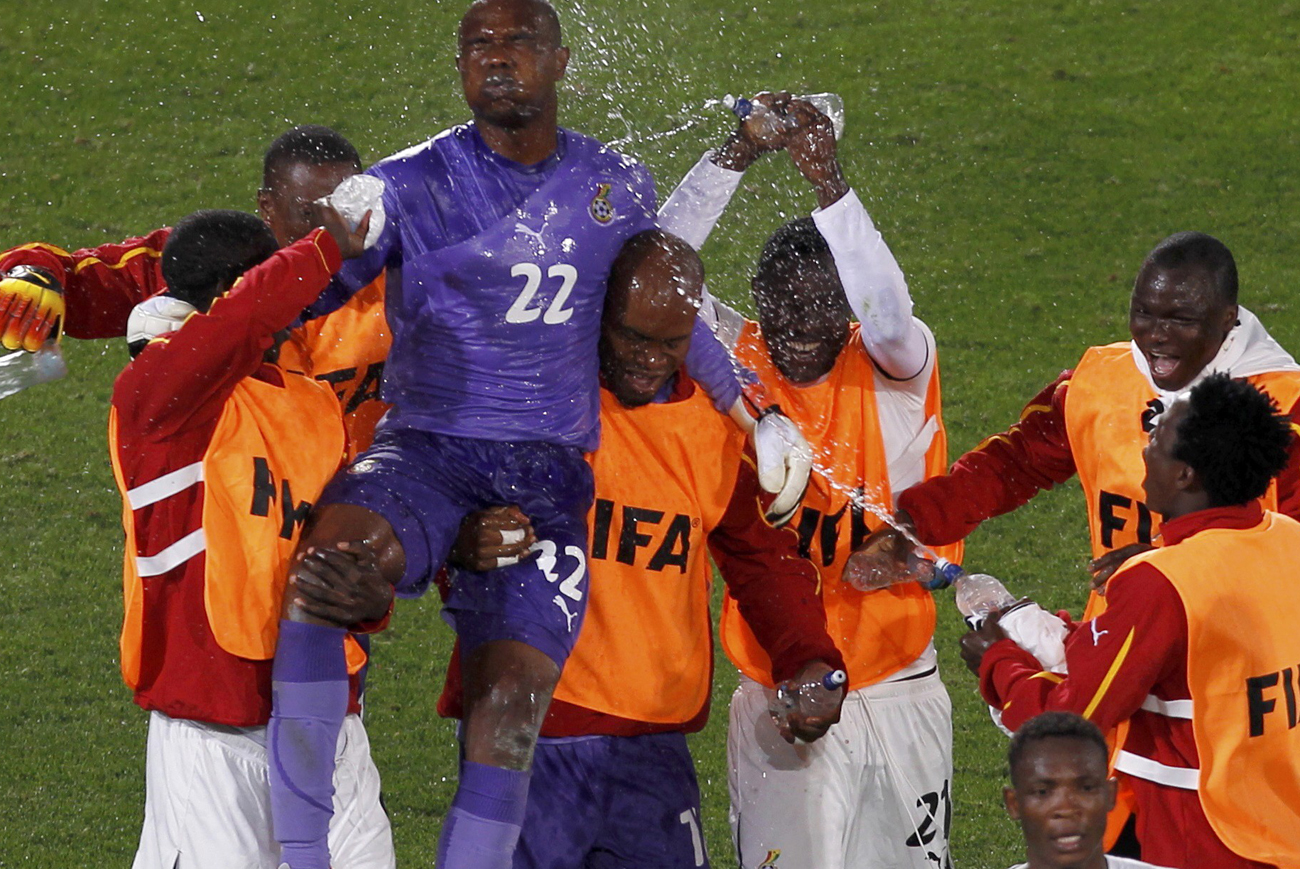 Pretoria’s Loftus Versveld saw the Black Stars play a tough game against determined opponents and make us all proud with their 1:0 victory. They are now well on their way to the next round.

The game was tough: Serbia sports probably the best defence in Europe, led by Man United’s Vidic and Chelsea’s Ivanovic. Yet, the Ghanaians were more determined and it appears that they wanted the win more than Serbs. Probably the fact that the whole of Africa was cheering for them and willing them on helped.

It was a game of soccer that would have been enjoyed the most by professionals: A game of chess combined with the game of poker, with high stakes that, more than anything, demanded concentration and discipline from both sides.

The fact is, both sides are good, well-prepared and tough teams, and it is almost sad they had to meet so early in the tournament. At the end, Ghana was the more disciplined and willing team. Serbia hit the self-destruct button not once, but twice: First, when central defender Lukovic, who already had a yellow card, couldn’t resist the temptation of holding his opponent; and second, when Kuzmanovic needlessly handled the ball in the penalty box, thereby handing the win to Ghana.

The game was deliciously poised for the most of it and it could have gone either way. But, overall, Ghana fully deserved to win and is now looking forward to playing Australia, while the Serbs will have to attempt to salvage their World Cup hopes against the Germans, probably the last team one would want to play when your back is to the wall.

Ghana looks good in the opening minutes. Their passes are precise and purposeful. As the game approaches its 15th minute, the rhythm slows down, with both teams settling into the game.

Ghana’s players appear stronger and more precise than the Serbs, who battle to retain the ball. Ghana is definitely the more impressive team in the beginning part of the game. The Serbian attacks are mostly weak; their crosses are aimless and reach no one. (Serbian centre-forward Zigic is the tallest player at the World Cup.) Thankfully, both teams commit players in numbers, especially from the dead-ball situations. They appear genuinely committed to winning this game.

First half over. The Serbian defence was way too tough for an Essien-less Ghana and the Serbian offence was more or less non-existent. The game is yet to produce any moments of real drama, even though the players cannot be blamed for not trying.

Jovanovic, who will probably play for Liverpool next season, looks the best of Serbian crop. His footwork is nimble and he is the only player who’s troubling the Ghanaian defenders somewhat. The Serbian defence appears to have succeeded in pushing the Ghanaian attack away from its penalty box, which frustrates the Black Stars quite a bit.