Germany wipes out Australia in a most emphatic manner

Germany wipes out Australia in a most emphatic manner 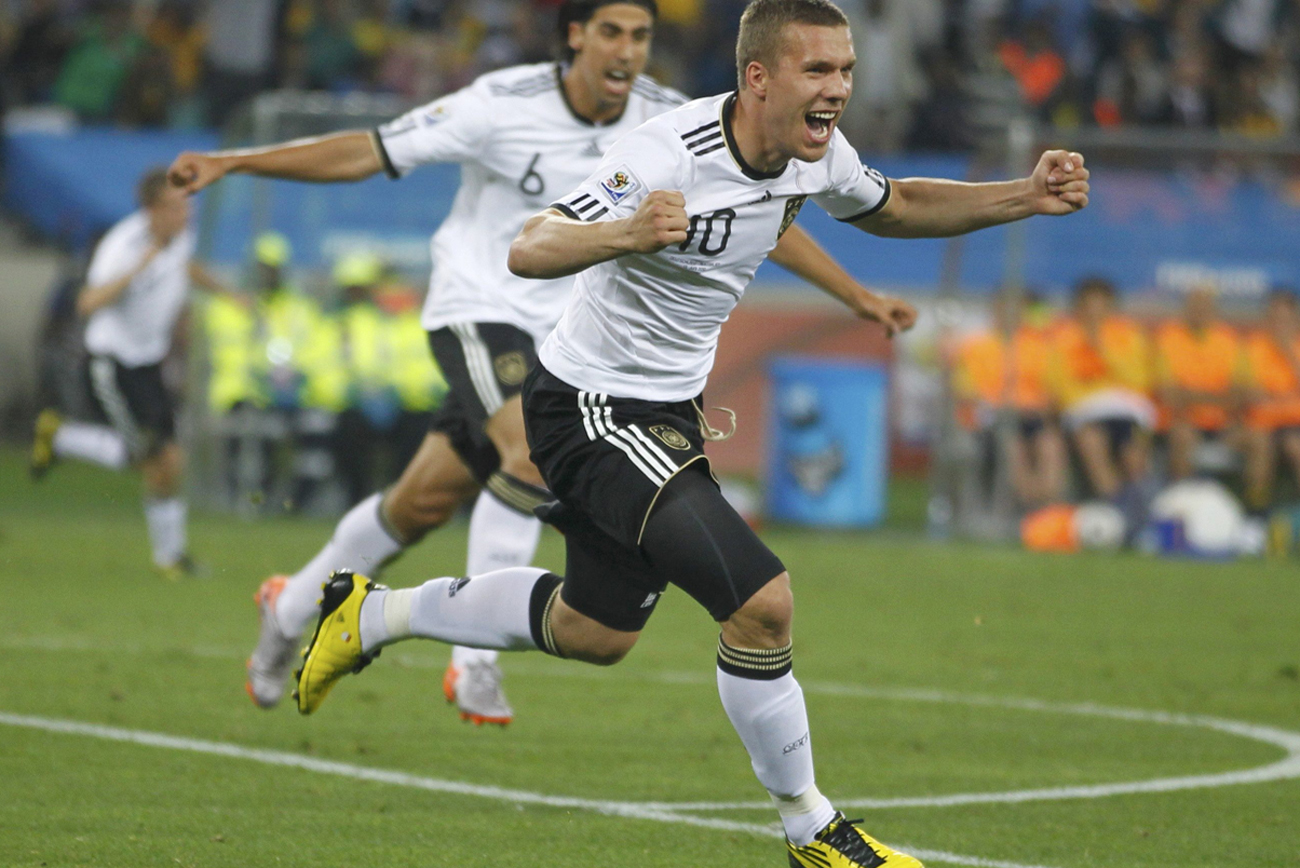 Durban’s warm Sunday night echoed with the German supporters’ battle cries for a long time. Even without their captain, Michael Ballack, the German attackers picked the Australian defence apart, winning 4-0.

Many people doubted that Germany could gather a team that would worth its great name and history. All the doubting Thomases, including this reporter, were proven wrong, of course, and the Australians had to play the role of guinea pigs. The German team of 2010 reminded many an observer of the team that won the 1990 World Cup, when they destroyed Yugoslavia in their first game.

While Australians managed to start the game with vigour and achieve some penetration of Germany’s back four, it took Germans only eight minutes to render Aussie dreams a nightmare. And after Podolski forced the ball into the net, there appeared to only one team of significance on the pitch: Germany. Even as the Aussies started the second half with some half-chances, their progress was interrupted by the harshly given red card to Tim Cahill. The game turned into one-way traffic afterwards, with the only one unknown fact: how many more goals would Germany slot past Schwarzer.

The match was depressing for the Australian side for one more reason: their ageing team will obviously have to be almost completely re-engineered if they are to have any future, or they may find themselves thinking of days of Viduka and Kewel as never-to-be-repeated highs. Photo: Australia’s fans watch the 2010 World Cup Group D soccer match against Germany at Moses Mabhida stadium in Durban. They didn’t have much to cheer for. June 13, 2010. REUTERS/Paul Hanna

As it was mauling hapless the Aussies, Germany’s merciless attack was also sending warning signs to Serbia and Ghana, their next opponents. The question, of course, is how much of this huge victory is due to German brilliance and how much of it was because the Aussies were simply bad.

There is only one way to find out for the Serbians and Ghanaians. And for Brazil, Spain, Italy, Argentina…

Here are this reporters notes:

Let’s see if Ozzies can come back into the game, which promises to be a good one.

The Australian defence appears a bit shaken and it doesn’t instil much confidence. From their point, the Germans also should not be very comforted by their own defence.

The Australian defence resembles a Swiss cheese – way too many holes in it tonight. The Germans appear composed, powerful and unstoppable, sending a strong message to all the doubters, including this reporter.

The first half ends with the Germans holding their head high. With mathematical precision they dismembered the Australian defence and used the vast spaces that their opponents allowed them to rule. Unless the Australian team changes its ways, the second half will see Germans scoring many more goals. Germany dominates since Cahill was kicked out. They are dancing around the Australian penalty box in a manner that resembles the way a cat plays with a mortally injured mouse.

There’s a palpable feeling that the Germans can score the next goal any time they want, and they just do that as these words are typed. Muller scores a brilliant shot from 14 metres that hits Schwarzer’s right-hand post and into the net. Now 3-0, the result does look well-deserved for the Germans.

The final 20 minutes are spent mostly by both sides waiting the game out. The Aussies are demoralised, while the Germans don’t want any injuries.