Boks add their bit to glorious weekend for SA sport

Boks add their bit to glorious weekend for SA sport 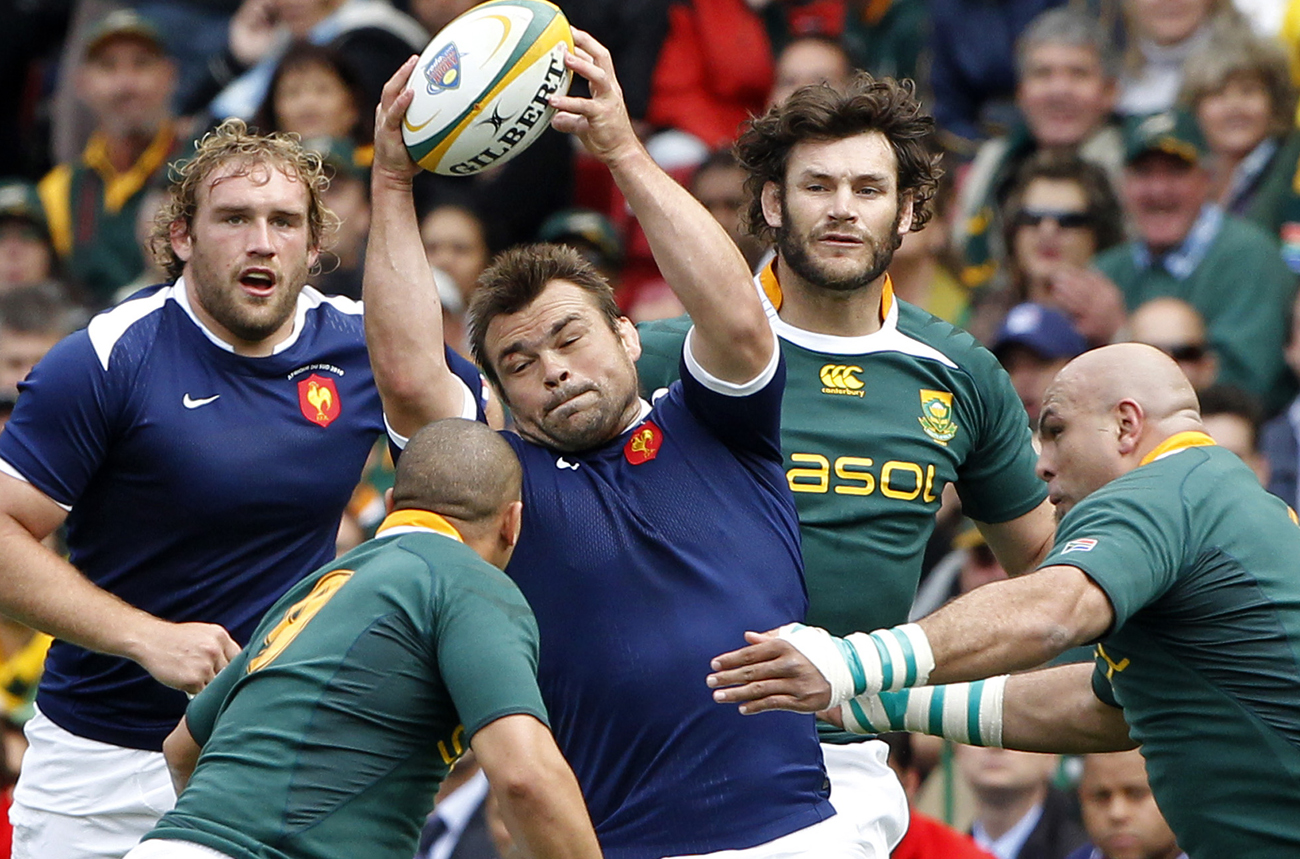 What a weekend for South African sport. Our country’s sportsmen competed in three different global disciplines – soccer, cricket, and rugby – and did us proud in all of them.

By far the biggest performance was Bafana Bafana holding the much more fancied Mexico on the biggest of global stages in front of the largest of television audiences. A win would’ve been stratospheric, but a draw in the opening game of the World Cup is nothing to be sneezed at – especially considering how jittery and lacking in self belief they were before the break. The Bafana of the second half are the team that might get past the first round.

The Proteas made steady progress in the first Test against the West Indies, with Dale Steyn taking his 14th five-wicket haul to reach 200 Test wickets.

Down in Cape Town, a day after France’s soccer players fumbled to a draw against Uruguay (in a group game watched keenly by South African fans for the consequences for our advancement), the French rugby team were blown out of the park. It’s not often that a country will play two internationals in a foreign city in two different sports and France now has the distinction of disappointing in both.

The Springboks’ 42-17 victory has many undercurrents to it, not least of which is that the French have been something of a bogey team for the World Champions, who haven’t won against them for three years and never before at Newlands.  This outing was also the last time the two teams will meet before next year’s rugby World Cup in New Zealand, where the French are seen as one of the key teams to overcome.

On Saturday, the Springboks gave themselves a significant psychological boost for 2011 – much as they did against England before the 2007 World Cup by winning 25-14 on the preceding year-end tour – their first win at Twickenham for years. That it was a French side at the end of their season, on a one-off Test on a 10-hour flight down south, is not the point. The Springboks also flew back from Europe after their narrow 34-31 win over Wales last week.

At Newlands it was all over for the French after just eight minutes, after Bryan Habana took a characteristic intercept and offloaded to Pierre Spies to score just 90 seconds after kick-off. Then Gio Aplon burst through for the first of his two tries, giving the lie to concerns about his size when a French defender bounced off him. Morne Steyn converted both and added two penalties before Guthro Steenkamp celebrated his 29th birthday with a try to take it to 25-10 at half time. The French scored a great try by wing Aurelian Rougerie, converted by scrumhalf Morgan Parra, who added a penalty.

Playing their second Tests on their home ground for the first time, both Aplon and flank Francois Louw scored second-half tries, one of which Ruan Pienaar converted after he replaced Steyn, who earlier slotted another penalty.  Aplon’s second try was a full-field intercept when the French seemed certain to score, while Louw deserved his try after making five important turnovers.

The Boks used all their substitutes, including quality players like Pienaar, Jean de Villiers and another homeboy, Juan de Jongh, as well as new cap Flip van der Merwe, who spent 10 minutes in the bin on debut for a foolish offence but still has a bright future like his Springbok father.  Most pleasing for the Springbok management however was that the team didn’t lose composure when Captain Courageous John Smit didn’t return after half time. The Boks have struggled without his cool head, but Victor Matfield, who reigned supreme in the line-outs again, held the side together.

Interestingly for Aplon, who moved to fullback from right wing when De Villiers came on, it’s been a long time since the Springboks had a “small” wing. But the previous one was Breyton Paulse, who has certainly done enough in the position to dispel some rumours about size versus quality.

The French, who have the most unusual of habits in picking goal-kicking scrumhalves, and saw replacement Yachvilli also sin-binned, have very little positives to take out of this game.

For South Africa, it capped a fine weekend of sport. You did us proud. All of you.

Shapshak is the editor of Stuff magazine, and has twice been sports editor of the Mail & Guardian.

Photo: France’s Nicolas Mas attempts to get his pass away as he is tackled by South Africa’s Ricky Januarie (L) and Guthro Steenkamp (R) during their international rugby match at Newlands in Cape Town June 12, 2010. Behind are France’s Romain Millo-Chluski and South Africa’s Danie Rossouw. REUTERS/Mike Hutchings