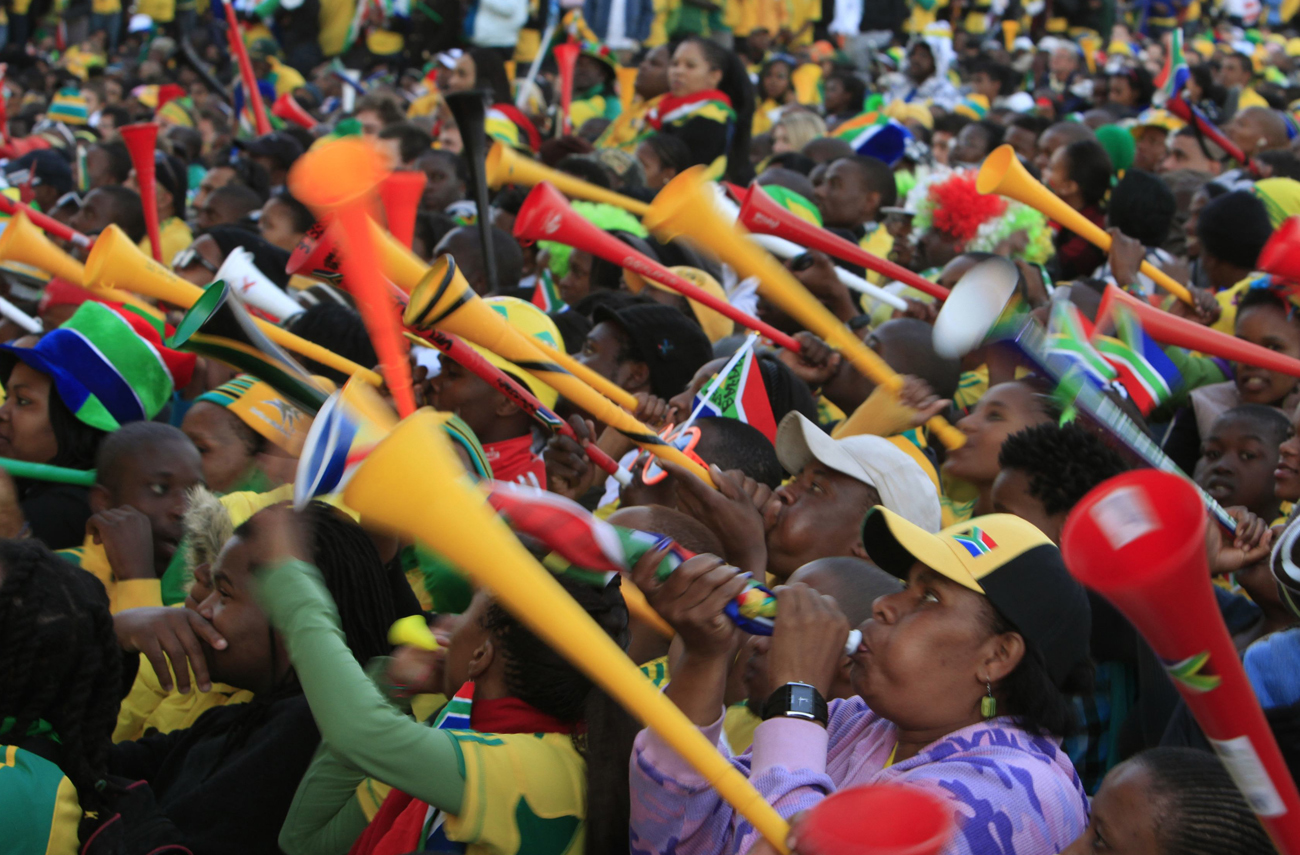 Friday started on a sombre tone, with the world waking up to find that Nelson Mandela’s great-granddaughter, 13-year-old Zenani Mandela, had died in a car crash in the early hours of the morning. She had been on her way back from the World Cup kick-off concert at Soccer City. Although it was initially reported that Winnie Madikizela-Mandela had been travelling with her, this was not the case. Madiba, understandably, excused himself from the World Cup opening ceremony.

Unicef tried to benefit from soccer love, issuing its report on child labour a day ahead of the World Day against Child Labour (on Saturday) to coincide with the beginning of the World Cup. The arguably tenuous connection was somewhat justified as the fund is specifically using the tournament as a campaign platform. Nearly a third of African children under 14 work, and tiny fingers stitching soccer balls don’t make anyone happy, so we hope the agency’s efforts bring reward.

The moment we’d all been waiting for since 15 May 2004, finally arrived, with the World Cup opening ceremony kicking off promptly at 2pm. The ceremony itself was somewhat underwhelming, despite local media giving it kind reviews. But no matter, it was over in a fairly painless 45 minutes, leaving the crowd all the more eager to move on to the real show – the soccer.

Bafana Bafana took on Mexico in the opening match of the World Cup, and resisted the temptation to give their opponents a thorough drubbing as they should have. We’re super proud of our boys for allowing the Mexicans a draw to keep the tournament interesting. Siphiwe Tshabalala found the back of the net in the 55th minute with a strike that will  soon become a legend and, in an awesome display of sportsmanship, goalie Itumeleng Kuhne let through a Mexican equaliser with little more than 10 minutes left to play. We wonder if Mexican fans will be able to get 50% off at Nando’s tomorrow?

The evening match was played in Cape Town, and featured Uruguay vs France. It was a curiously lacklustre affair, ending in a goalless draw. The highlight was actually a low-light – when Uruguayan substitute, Nicolas Lodeiro was red-carded for his second bookable offence of the game. France tried their best to score in the nine minutes remaining as they played a 10-man team, but just couldn’t find the net. What can we say, except that cheaters never prosper. At least it was a good result for Bafana Bafana.

You know how foreigners have these bizarre notions that there are lions and elephants randomly walking our streets? We hate to admit it, but they’re not far wrong. The US soccer team was delayed for a whole five minutes by an elephant blocking the road, as the team bus made its way to the Royal Bafokeng stadium on Friday afternoon. The inconveniences of staying in game lodge country – it’s certainly a tough life for some.

Spare a thought for soccer fans in the Middle East and North Africa. Al Jazeera bought the broadcast rights across the region, but failed to deliver in several countries, including the United Arab Emirates, Bahrain, Kuwait and Egypt. Fans were left with a frozen screen for the first half hour of Bafana’s polite triumph against Mexico, and when the problem was “fixed”, the commentators on the English channel were left speaking French. Al Jazeera Sports has blamed the fiasco on its satellite providers. Whoever’s at fault, they’d better get it sorted out before Algeria vs Slovenia on Sunday or there could be riots.