Argentines huff and puff at Nigeria, produce deserved b... 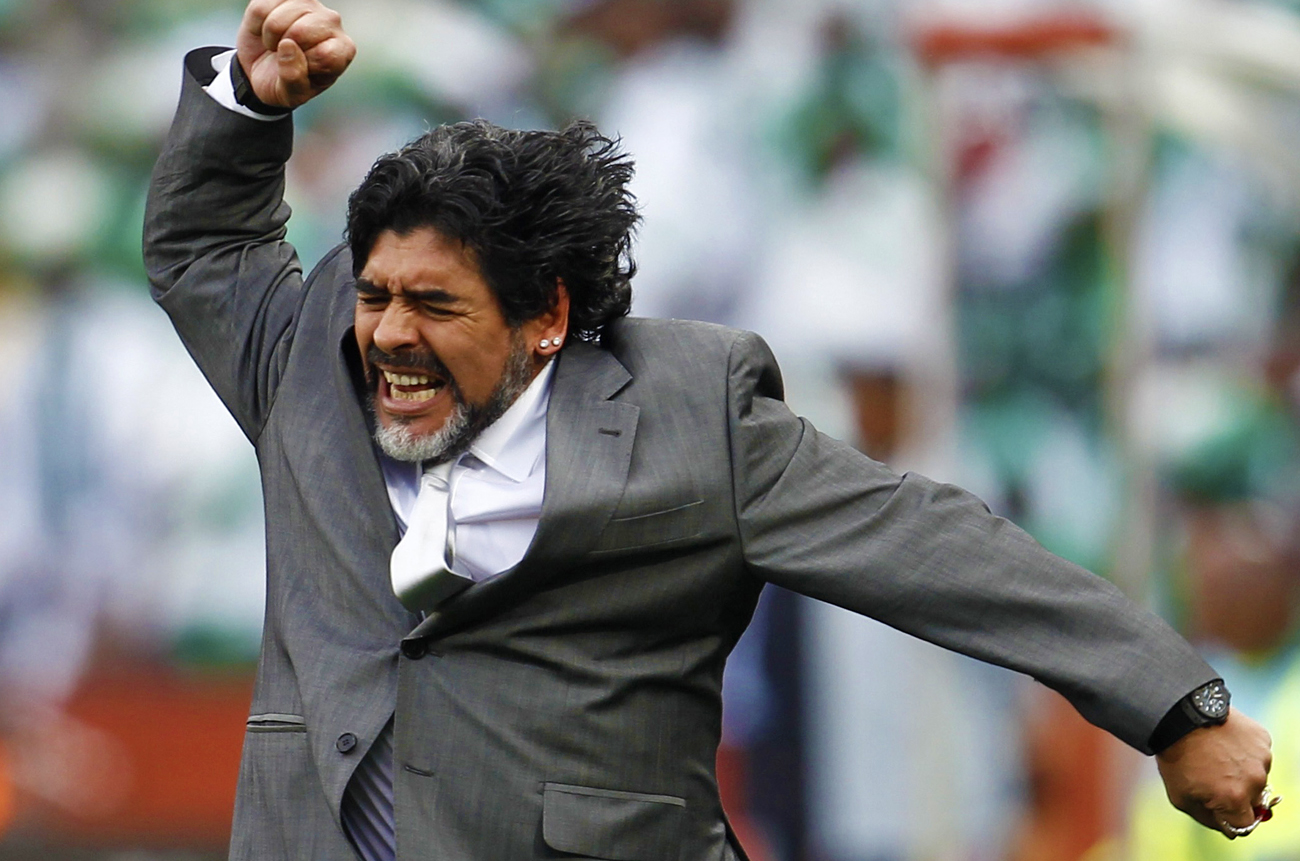 On paper, any country that has Messi, Tevez, Mascherano, Milito, Veron and other assorted stars should wipe out just about any other team on the planet. And yet, regardless of the concentrated power, the Maradona-led team was anxiously awaiting the end of the game, and won only 1-0.

The first 15 minutes of the Ellis Park game placed the fear of Argentinian gods in every other team that dreams about winning the world title. The Lionel Messi-inspired team started lobbing rockets from the get-go and for a moment it felt as though the game would be a high-scoring affair. Heinze’s sixth-minute goal was an unstoppable shot that used the initial confusion that reigned in the Nigerian defence. The Nigerians must thank their goalkeeper that that would be the last goal of the game. Save after save, an inspired Enyeama denied Messi and the boys in a manner that sometimes defied belief and gravity.

The Argentinians are doubtless an incredibly strong team but they are not invincible. The Nigerian offence, as inefficient as it was this evening, exposed the potential holes that the better prepared and organised teams will be able to exploit. Argentina’s fullbacks, Heinze and Gutierrez are especially wobbly in their defensive duties and we will see how the South Koreans deal with them.

The Nigerians seemed strangely subdued throughout the game and it almost felt as though they are at peace with losing to the South Americans, believing they would find their way into the second round through games against South Korea and Greece. The way South Korea played today, that logic might be faulty. The Argentine attack appears to be way too strong for the Nigerian defence in the first 20 minutes of the game. Every time they have the ball in their possession it is conceivable that they would endanger Nigeria’s goal. Messi, Tevez and Veron wreak havoc with their precise and taunting passes. Nigeria will have difficulties stopping them, while their offence is not utilising the Argentine defence’s light touch. As the first half progresses, there are signs of the Argentine offence being slightly tamer, as the Nigerian defence finally learns how to lower their collective temperature. And yet:

The first half of the game was by far the most entertaining of any matches played so far, barring, perhaps, Bafana’s second half. The Argentines look wild and dangerous, while Nigeria still looks rather subdued. Yet, Argentina’s defence still potentially will offer more chances to the Nigerians. Hopefully they’ll be able to make something out of them.

The Argentines start the second half where they left it, attacking, attacking and, once more, attacking. They look dangerous and leave the impression that every time the ball is close to the Nigerian box there’s a goal to be had. And yet, the Nigerian defence somehow still manages to repel them, but only just. Nigeria’s midfielders have so far thoroughly lost their battle against Mascherano, Tevez and Veron.