Analysis: why Bafana engineered a draw with Mexico, and...

Analysis: why Bafana engineered a draw with Mexico, and why we should be grateful they were so smart 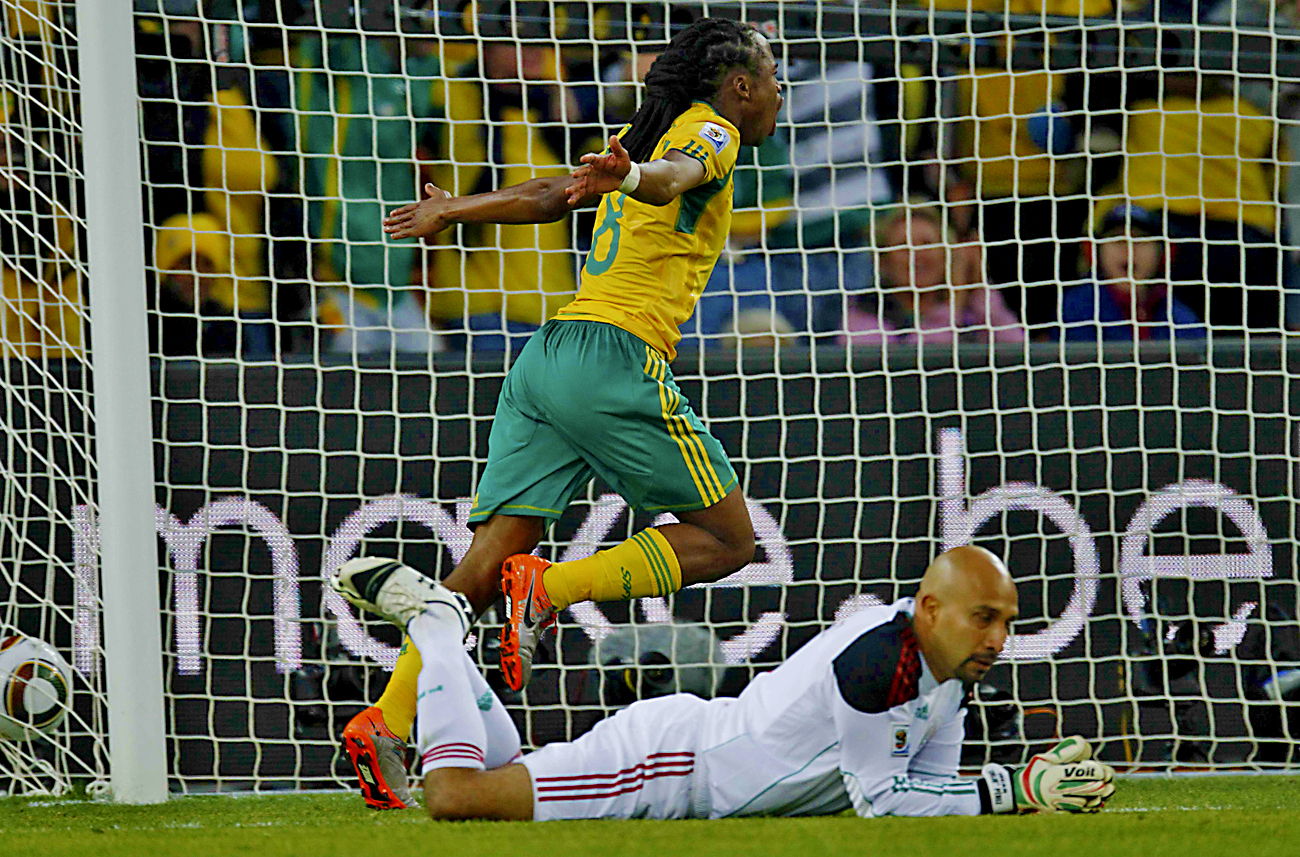 In hindsight it seems perfectly obvious: a team so utterly superior in every way to its purported competitors will naturally transcend the limited concept of winning and look at the bigger picture. Bafana Bafana have shown they are willing to be good hosts and allow other teams to take home an apparently hard-fought draw. And, now that we think about it, it's a bloody good thing they did.

For weeks now South Africans have known that the gods of soccer walk among us, but it took Friday’s World Cup opener against Mexico to show us that Bafana are not only the greatest football players who have ever lived, but also actors of a calibre that make Hollywood’s finest seem like rank amateurs by comparison.

Consider a parent playing football with a cutely determined but essentially hapless toddler. Any fool can allow the toddler to win. Some ability is required to engineer a draw. But to make the match seem like a struggle that ends in stalemate – not only to the toddler, but also to thousands of watching experts and millions of watching fans – that is an extraordinary achievement.

And it is important to realise just how hard allowing Mexico a 1-1 draw must have been, even for a team as amazingly gifted as Bafana. If it were a simple matter for them, then we could ascribe it to the most obvious of motives: a desire to be good hosts. After all, it would have crushed the spirits not only of the Mexican team but of every other contender to see the sheer, unstoppable brilliance that is the true nature of Bafana. Competing for second place does not bring out the best in a team, so the rest of the tournament would have been pretty boring. Worse yet, the depression would have infected all the visiting fans. The parties would have been muted (or cancelled altogether), making the next couple of weeks much less fun for all South Africans, and no Bafana player would want that.

But the artistry and seriousness with which the South African team went about Friday’s game speaks of more important considerations. If suspense was their only aim they could have created more of it, in more entertaining ways, through other means. A couple of pratfalls, maybe. But instead they took every effort to keep it real.

Why? Money and power, that’s why.

It starts with those depressed fans. Had Bafana beaten Mexico like a redheaded stepchild, say by ten or twelve goals, those fans would stop spending. Sure, there would be an initial spike in alcohol sales as every foreigner in the country sought to drown his or her sorrows, but that would be the last we saw of their foreign currency. Most would leave the country as soon they could arrange it, cancelling internal travel and safari outings and theatre shows at a tremendous rate. South Africa’s collective income from the event would have been slashed, leaving us with no way to pay for all the infrastructure we’ve built.

It goes further than that, though. Politicians and businesspeople alike try to project an image of cold calculation, but sentiment is what really rules the world. Having seen their hopes and dreams dashed in the course of a single game, and then being forced to watch their individual teams be humiliated as the Mexicans were, would earn South Africa a lot of enemies. For decades we would be excluded from markets and important multilateral policy-making bodies, shunned as an investment destination and generally be made a pariah of the world. It would have devastated South Africa economically, culturally and socially.

Thankfully, Bafana have shown themselves willing to sacrifice honours in favour of averting that apocalypse. That makes everything simple from here on out. The team will play for a couple more draws, and may even lose a match or two entirely. So when they eventually lift the trophy at the end of the tournament everybody will go: “Gosh, they really worked hard for that, didn’t they?” Because nobody likes a bully, but everybody loves an underdog.

(Disclaimer: De Wet’s opinions are his own, and not necessarily shared by this publication or its defamation lawyers. We will also not accept claims for refunds on any money you bet on a Bafana win, or damages for emotional pain and suffering should things not go as predicted here. Further small print may also apply, if we think of any.)