US vice president Joe Biden - a mensch in Sandton Meet... 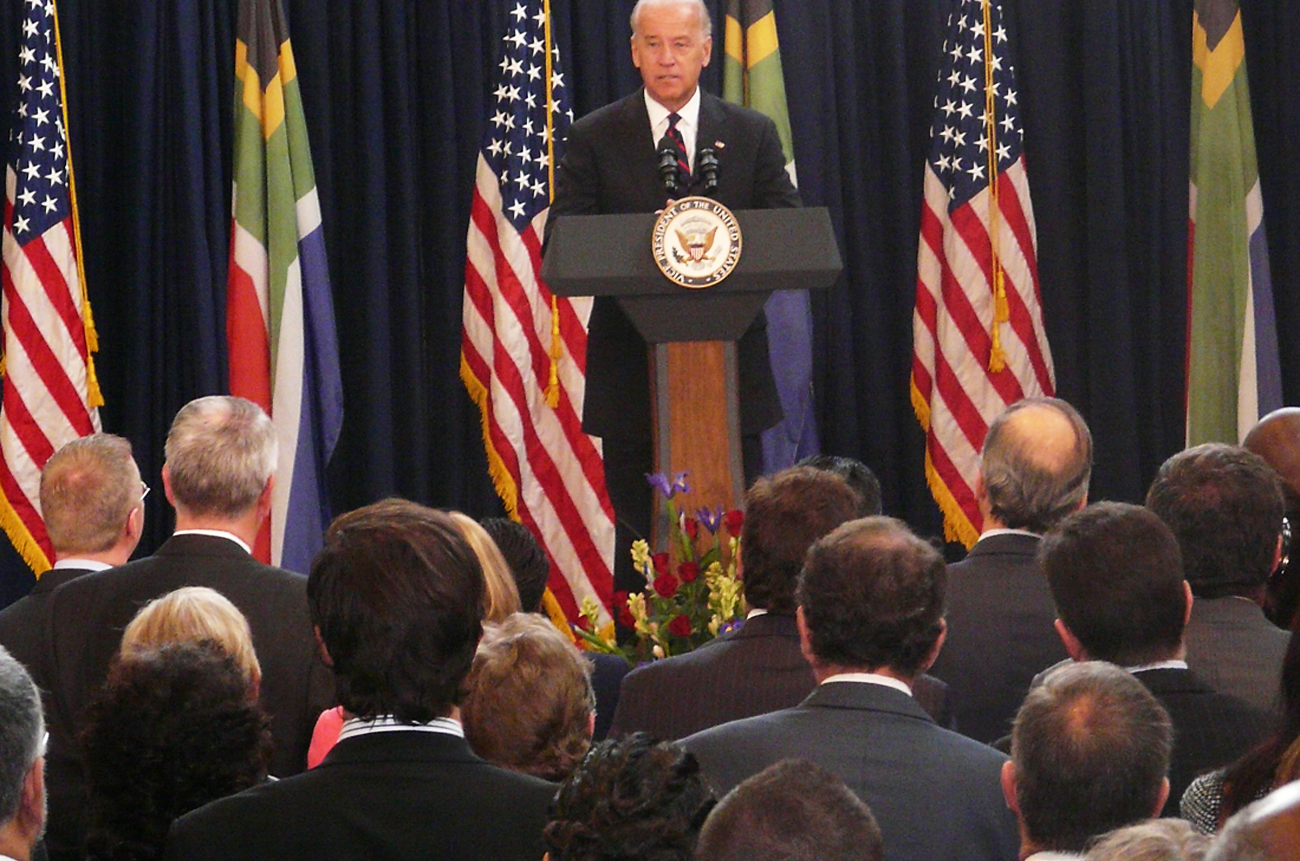 Biden waxed lyrical in praising the US and South Africa’s new bilateral strategic partnership at breakfast in Joburg on Friday morning. (And “waxed lyrical” isn’t just a turn of phrase, he actually quoted poetry.) The vice president also displayed genuine sympathy in offering his condolences to the Mandela family, reminding us that politicians are human too.

On Friday morning US vice president Joe Biden, freshly arrived in South Africa, addressed a crowd comprising the inevitable “movers and shakers” at the US Consulate General in Johannesburg. At stopovers in Egypt and Kenya, Biden spoke with Hosni Mubarak on the Middle East mess and Mwai Kibaki on Somalia, piracy and the Sudan, but the mood was lighter in South Africa, with the vice president saying he is proud of the new deeper, richer US-South Africa relationship that’s been forged in the past year-and-a-half. A better, less prickly relationship that just happens to coincide with new administrations in Pretoria and Washington, in case you didn’t capture that nuance.

Biden took special note of a formal bilateral strategic partnership that has recently been signed between the two nations. The partnership enhances and better structures joint co-operation on a swathe of issues ranging from agriculture to educational development. Biden also took note of South Africa’s role in the Sudan, the Democratic Republic of Congo – and Zimbabwe. And he chose to quote South African poet Peter Horn on the efforts of the two nations “to describe the world another way” – as they build their bilateral partnership in so many ways for the ultimate benefit of both nations.

All of these comments, of course, were the expected ones at an event like this. But what set Biden apart from so many other politicians in similar circumstances was his “from the heart” stuff. Of course, all politicians – at least the successful ones – can do this kind of thing, or have learned to fake it, but Joe Biden has had a lifetime to build upon what is clearly a natural gift of emoting and connecting.

Right at the top, Biden offered what were honest, heart-felt words of sympathy to the Mandela family as they cope with the death of a great-grandchild. No simulated sympathy. This is de rigeur, perhaps, but in Biden’s case was just as clearly genuine all the same. Of course, Biden himself has undergone a similar tragedy – his first wife and daughter were killed in a car accident just as he was first elected a US senator back in 1970. You sensed the real person in his words of sympathy to the Mandela family at this tragic time – especially since he was describing how much pleasure he had been taking in the exploits of his own soccer-playing granddaughter.

Explaining his presence in South Africa – as opposed to Barack Obama – Biden managed a gracious apology on behalf of the president, even as he made the point that Obama has stayed on in Washington to deal, hands-on, with a little thing like the country’s worst-ever environmental disaster in the Louisiana offshore oil spill.

Self-deprecatingly, Biden noted his own reputation as a long-winded speaker but promised to be concise because his audience in the room was standing rather than sitting. But, true to form, he made one last diversion to recall a previous trip to South Africa in the late 1970s in the company of members of the US Congressional Black Caucus and staffers – including the late Michigan congressman Charles Diggs and the then-Georgia congressman Andrew Young.

Biden told his crowd of his being firmly escorted off the plane by the police in one direction while the rest of the group was herded in the other direction. Inevitably, perhaps, there were two doors, one labelled “Whites Only/Blankes” and the other “Nonwhites/Nie Blankes.” For Biden, this slight and humiliation still seemed like only yesterday and yet, amazingly, here he was, representing a rather different America – in a very different South Africa indeed.

Winding up, Biden was in vintage form as he said that from “this Irish-American”, there was only one thing to say: “Beat England!” Joe Biden and his wife, Dr Jill Biden, represent the US at the opening ceremonies where he will join approximately two dozen other heads of state. The Bidens stay on to watch the US and England square off in Rustenburg on Saturday evening.

In between the football and festivities, Biden’s schedule includes meetings with his South African equivalent – deputy-president Kgalema Motlanthe, as well as other senior South African officials – before he returns home on Sunday.