Ten-man Uruguay ekes out a draw against lifeless, tired...

Ten-man Uruguay ekes out a draw against lifeless, tired France 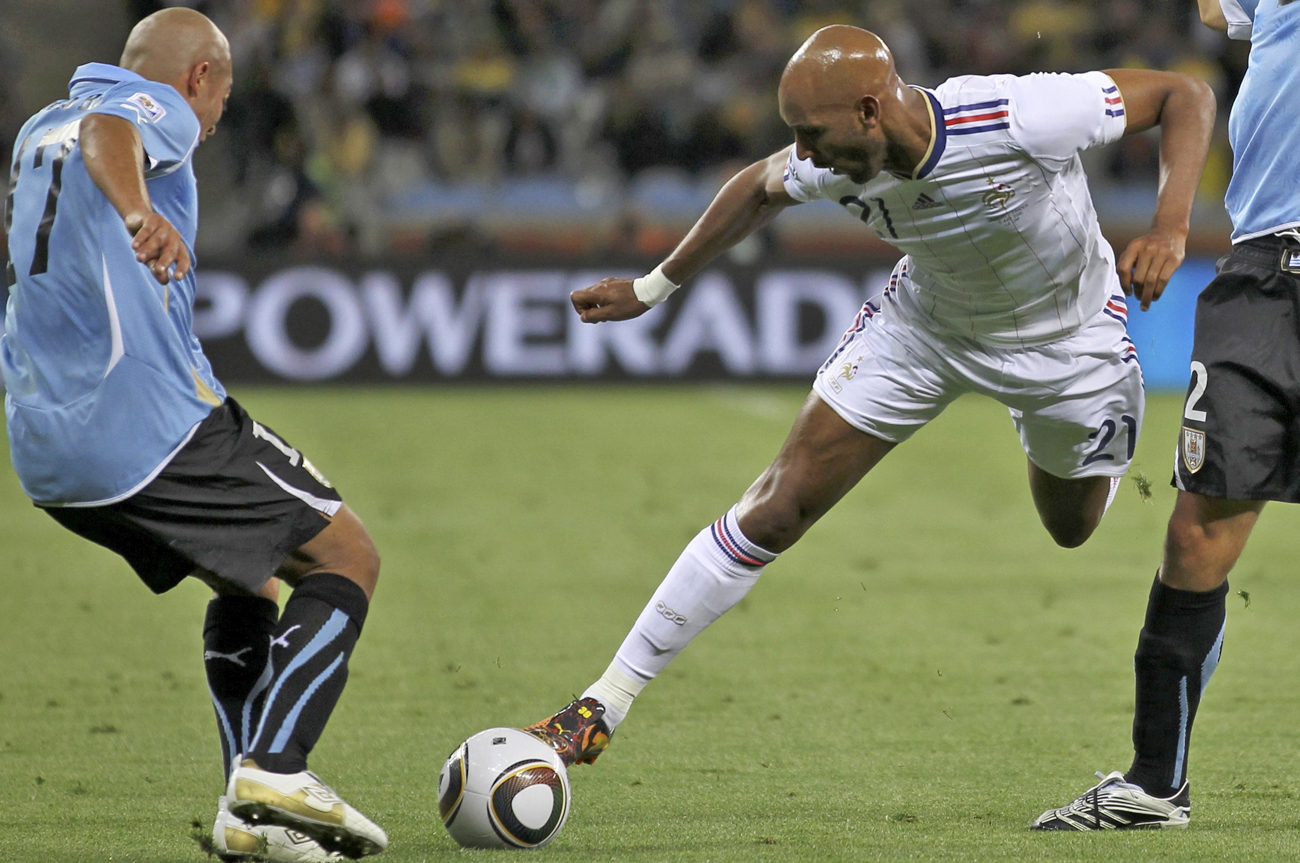 Green Point Stadium in Cape Town shone brightly in all its resplendence as France and Uruguay squared off in the remaining match of the day. Of course, any Group A match is of great interest to South Africans and the result, a goal-less draw, was the best-possible one for all, especially Bafana Bafana.

Strange old game this is, soccer. After the high drama of the SA-Mexico game in Johannesburg, the Cape Town match appeared to be an altogether different affair: slower, less dramatic and, at least from France’s point of view, less motivated. There was also a poetic justice in France not wining and possibly hurtling towards elimination – after all, they cheated their way to the 2010 World Cup.

The French team was sporting some of the most famous players in Europe: Anelka, Henry, Evra, Galas, Sagna, Diabi and, of course, Bayern’s super-star Franck Ribery. And yet, having the most famous individuals rarely means the team is good. French stars barely speak to each other these days and their coach, Raymond Domenech is a particularly unpleasant fellow who never in his life managed to motivate anything more intelligent than chicken. From their side, Uruguay, while definitely a more cohesive team than France, also displayed a subdued, somewhat muted enthusiasm for winning the game. Their biggest stars, Atletico’s Forlan and Ajax Amsterdam’s Suarez, were just not clicking the way they’re used to. Photo: Fans gather in front of a giant screen near the Eiffel Tower in Paris to watch the France vs Uruguay match on the opening day of the 2010 World Cup soccer tournament in South Africa, June 11, 2010. REUTERS/Gonzalo Fuentes

The game was not without chances and drama, but was just so much less interesting and life-changing than the Bafana-Mexico game. It is entirely conceivable that both France and Uruguay breathed a huge sigh of relief after the end of this game, happy not to lose against each other and counting on collecting their points against Bafana and Mexico. If that was the case, they may be in for an awfully unpleasant surprise.

France is quicker to settle into the game.

12th minute: French captain, Patrice Evra of Manchester United, gets the fist yellow card. Not good, because he will have to be very, very careful for the rest of the game, lest he picks up a red card.

Uruguay’s mid-field is misfiring, leaving France plenty of space to organise their attack. Uruguay defends by creating a zone around the penalty box. In turn, French players often lob their crosses inside, hoping to reach Nicolas Anelka.

16th minute: Atletico Madrid’s Diego Forlan has a first clear sight of goal, forcing the French goalkeeper to save it in dramatic fashion.

18th minute: The French almost score as Yoann Gourcuff shoots straight into the goal, rather than crossing to Anelka or William Gallas. 19th Ribery gets his first yellow card. The French may pay dearly for their lack of discipline at a later stage.

In the first 30 minutes, the game is open and relatively entertaining, though it lacks much drama. France does look better than in its warm-up games, but there’s still plenty of play left, and, for all its relative advantage, France is still ineffectual.

35th minute: Uruguay’s Forlan looks slightly out of sorts. His season at Atletico Madrid was long and successful, with a Europa Cup win as the cherry on top, but he looks tired and less than inspired.

38th minute: France’s defence relies on frequent offside traps to stop Uruguay’s top scorers, Forlan and Luis Suarez, which may fire back at them soon.

45th minute: First half over, it does start to feel like another draw is on cards in Group A.

48th minute: No substitutions yet, but France’s Raymond Domenech is warming up five players, including Thierry Henry. Something will have to be changed in their approach to game tonight.

52nd minute: Forlan shows his class by pacifying a difficult ball and shooting from an angle that was way too acute for a serious attempt. Still, it was a good show of control. French (and Arsenal) defender Galas, got slightly injured trying to stop him; being stomped on by studs is never painless and could be very dangerous later.

59th minute: First yellow card for Uruguay, Mauricio Victorino for a foul on Evra. Resulting free kick hands an exquisite shot opportunity to Ribery, which he wastes rather limply. Something is wrong with the French motivation for this game. Could it be true that they simply don’t like each other?

French team is appears not motivated to play, while Uruguay is trying to be patient and biding its time. Perhaps both teams would be happy with a draw. 68th minute: First skirmish as Toulalan earns yellow card and Uruguay players are not shy in showing their displeasure over his seriously rough tackle on Alvaro Pereira. The referee’s quick intervention and Domenech’s instruction to Toulalan to pipe down defuse a situation that could become explosive.

73rd minute. Forlan misses the best chance of the match, a sitter, one of those that you can’t see missed by the scorer of his calibre. That miss may cost his country a lot.

81st minute: Uruguay’s mid-fielder, substitute Nicolas Lodeiro, gets the first red card of the 2010 Fifa World Cup after burying his studs into Bacary Sagna’s shins and committing a second bookable offence. It will be a rough eight minutes for his countrymen. Forlan moves back into the mid field and it looks like Uruguay will spend the remaining minutes making sure it doesn’t lose.

88th minute: France is besieging Uruguay’s penalty box, but guys in blue are fighting with all their might.

89th minute: France’s penalty claim is not heard by the Japanese referee. 93rd minute: Free kick for France in a very dangerous position, right outside the penalty box. Captain Lugano earns a yellow card for protesting too loudly. Henry hits the wall and Uruguayan blood pressure is back to normal.