Analysis: On the eve of 2010 World Cup, the choice is ours 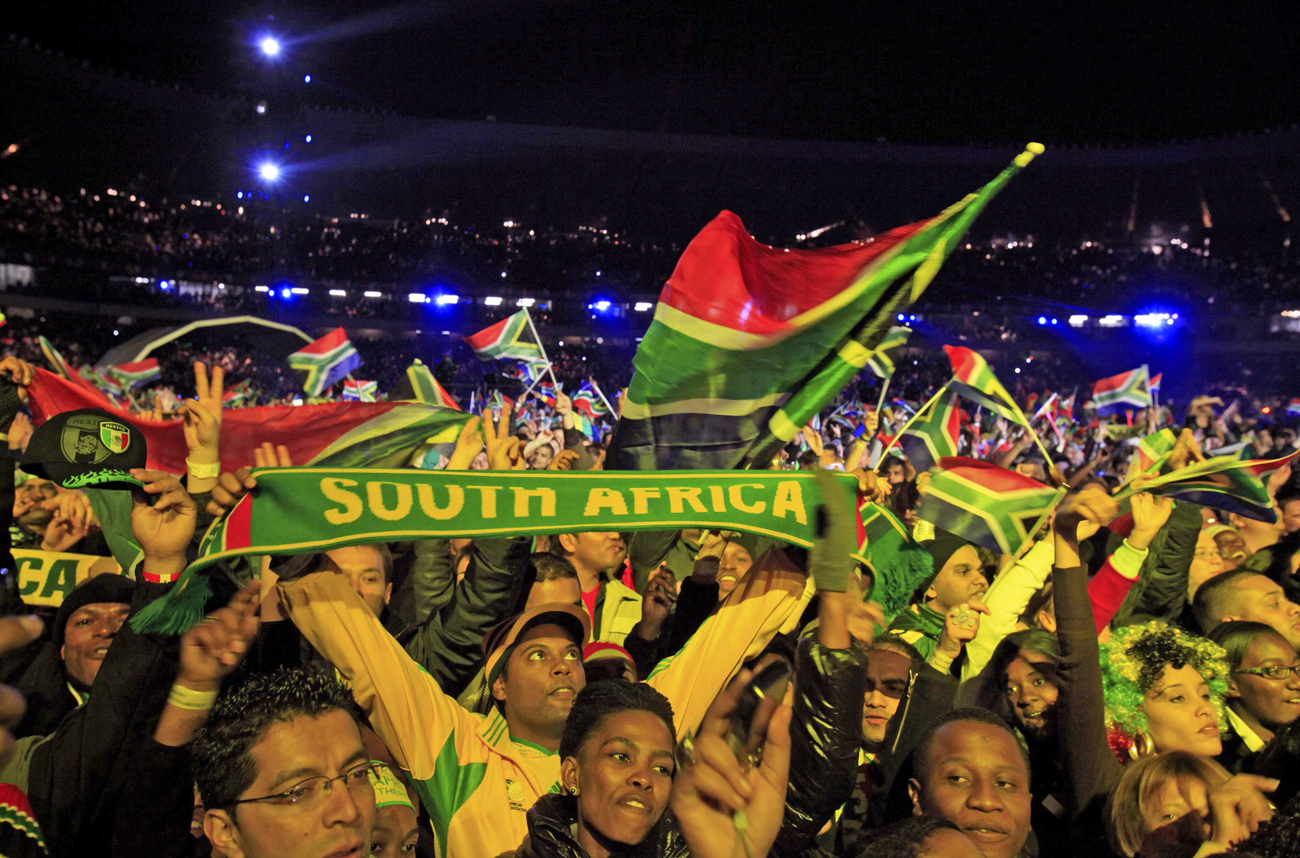 The support Bafana Bafana is receiving as the Soccer World Cup starts is a great example of South Africa being able to unite behind a common goal. Maybe, just maybe, this could be the chance to make that togetherness permanent?

This nation is at a crossroads. There are two ways we can go now. There’s the promise, the dream, the intangible warm spread of contented happiness that we’re all feeling right now, the glow that tells us Francois and the boys weren’t a one-off in 1995. And there’s the pile of rubbish that we’ve been mired in for the last while; the reduction of just about every political problem into a race issue, the antagonistic and deliberately provocative singing of certain songs, and the willingness to interpret them in certain ways.

We can either keep hugging each other, smiling and blowing our vuvuzelas, keep shouting for the ideal that we all share. Or we can retreat into our laagers and our anger. What happened in Sandton this week was a sea-change for this country.

It was at the same time heart-warming and downright exhilarating to watch the multicoloured tide of happy humanity clog the streets to demonstrate just how much this country wants, indeed needs to stand together for one cause, one goal. Shoulder to shoulder, black, white, Asian or coloured, from rich owners of Sandton mansions to Alex shack dwellers for once believed in the same thing and acted as one. Yes, it was brief. But it felt good.

And for maybe the first time, white South Africans are changing their behaviour to accommodate black people, without being coerced by government.

We realise that’s a strong statement. But it’s true. Black South Africans have bent over backwards since 1994. For the first time whites are now entering black space. For years football has been played at Loftus, and no one saw that as important. But when the mlungus go to Soweto, well, that’s momentous. Because they’ve never gone there before.

The real reason for this sudden attack of racial harmony we’re going through is this: We all believe in one strong nation, which will treat our children better than it has treated us. It’s really that simple. And when Bafana Bafana are playing, it’s easy to remember that’s what we want. The banking exec and his driver, whose mother was a “kitchen girl”and father was a “garden boy” can both really want Bafana to win. Because that would be proof that our country is a good place, and will become better. Don’t get them started on inflation targeting, though.

The fact that is changing the big picture, making it better for all of us, requires that people understand the full truth about either side. And they’re not going to do that easily. But they might be more amenable to it, more open to it, when they come back from that trip to Orlando, and realise little Jannie’s mate Vusi really is living in a tin shack.

As always, leadership is crucial. There have been moments over the last few years that have actually made us want to cry with happiness. Frank Chikane giving Adriaan Vlok an appointment and allowing him to stay a free man; Nosiviwe Mapisa-Nqukula speaking to the wife of a racist murderer before letting him out of prison; and yes, Helen Zille and Jacob Zuma in the same Soweto stadium to watch the same rugby game.

But, hell, we have been let down so badly as well. The ANC’s refusal to discipline Julius Malema was to sacrifice part of our national fabric just to satisfy a few egos; the Black Management Forum’s Jimmy Manyi and his fellow travellers’ nonsense about Eskom’s then-CEO Jacob Maroga, was to put personal expediency before one thing that could cripple us as a nation. We deserve better. And we won’t get it, until we demand it.

President Jacob Zuma has had a very good World Cup so far, he’s got all the little things right, the visit to the team, the trip to the school for the disabled, all he has to do now is make sure he’s not too close to Robert Mugabe tonight. He can use this as a basis to nudge our country along in the right direction. He’s the right guy to do it too, with that political nous and appreciation of diversity and difference. But he and his ministers also have to put away the stick. This tournament could be a huge carrot, a massive incentive for us to keep our toys in the cot. It’s what’s kept us on the straight and narrow. Now the party starts. And this wonderful country of ours gets much closer at a good party than it does on any other day.

We are all united behind Bafana Bafana. And it won’t matter too much when they go out of the tournament, because we know they’ll be fighting like lions. Our hopes for the future are so much more precious. The question is, will we be all fighting like lions for this country to have a better future?

We have to get this right, this time. The choice is ours.

Photo: Fans raise scarves and wave flags during the opening concert for the 2010 World Cup at the Orlando Stadium in Soweto, Johannesburg June 10, 2010. REUTERS/Radu Sigheti