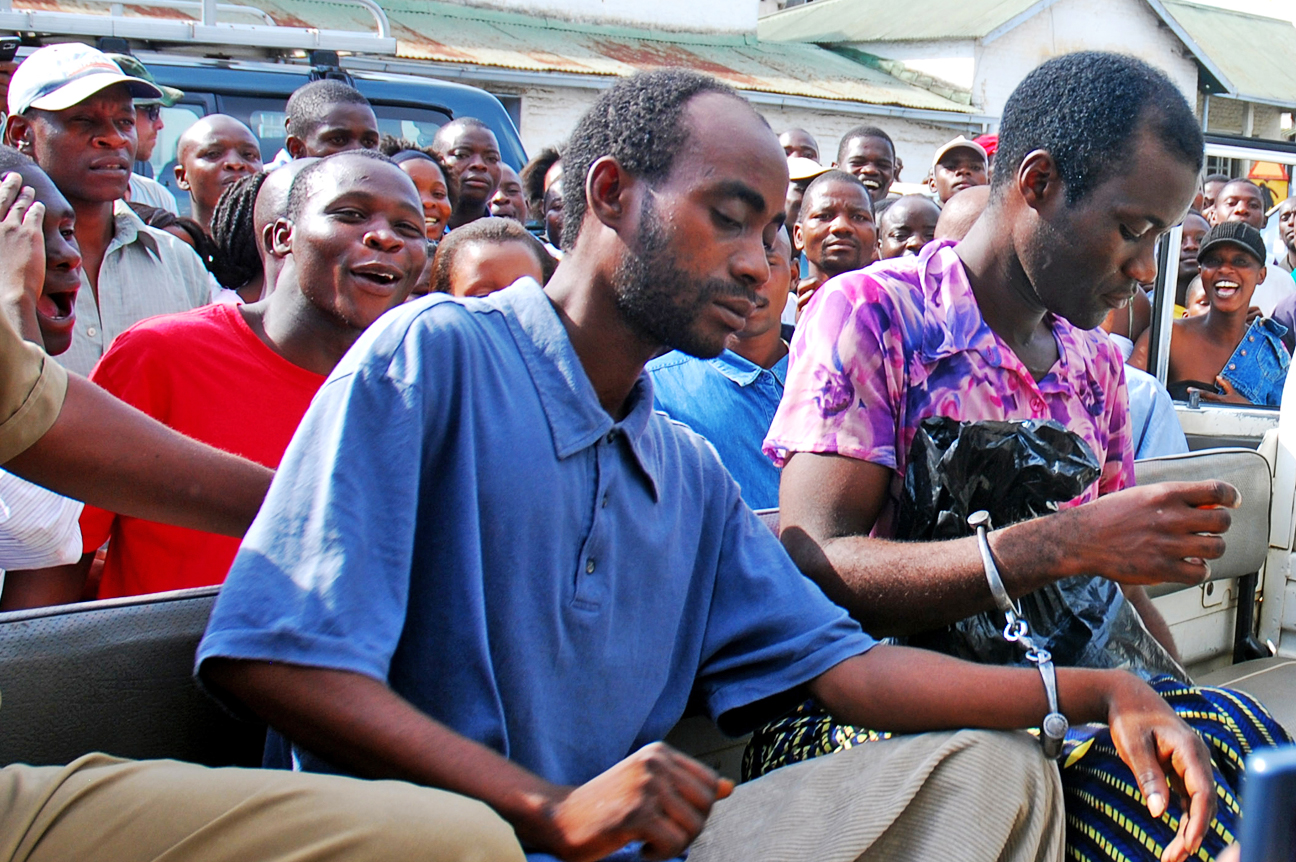 Quite frankly, we don’t care if Steven Monjeza is gay or straight – or bisexual or transsexual or asexual; other people’s sexual preferences are none of our business. But when he starts spewing forth homophobic rhetoric – starkly opposed to his previous stance – then it becomes our business to sit up and take notice.

The world recoiled when Malawian lovers Steven Monjeza and Tiwonge Chimbalanga were arrested in December under their country’s sodomy laws, a day after their symbolic wedding ceremony. They languished in jail awaiting their fate until 20 May, when Judge Nyakwawa Usiwa Usiwa handed down a sentence of 14 years of hard labour. Usiwa didn’t mince his words, stating: “I will give you a scaring sentence so that the public be protected from people like you, so that we are not tempted to emulate this horrendous example.”

There was an outcry by international human rights groups, not to mention aid donors, the latter probably having more of an influence on the Malawian government’s subsequent behaviour. But still, it took until 29 May, when UN secretary-general Ban Ki-moon met Malawian President Bingu wa Mutharika, for the men to be pardoned.

Mutharika certainly wouldn’t win any prizes for being a gracious loser. And in pardoning Monjeza and Chimbalanga, at times it seemed as if the president was reading from a script that wasn’t of his own writing. “These boys committed a crime against our culture, our religion and our laws,” he said. “However, as the head of state I hereby pardon them and, therefore, ask for their immediate release with no conditions.” Just in case we didn’t get that Mutharika was making this decision against his better judgement. “I have done this on humanitarian grounds, but this does not mean that I support this.”

Several countries and organisations around the world, however, did support the decision, with the White House stating: “We hope that President Mutharika’s pardon marks the beginning of a new dialogue which reflects the country’s history of tolerance and a new day for lesbian, gay, bisexual and transgender rights in Malawi and around the globe.”

But the US and others hoped in vain. Malawi’s minister of gender and children, Patricia Kaliati, was quick to point out that the pardon related only to the specific charges for which Monjeza and Chimbalanga had originally been sent to jail. She was quoted on the BBC website as saying: “It doesn’t mean that now they are free people, [that] they can keep doing whatever you keep doing.” She also indicated that the couple could be arrested again if they “continue doing that”. Not exactly a promising beginning to a dialogue of tolerance, or a repealing of Malawi’s colonial-era homosexuality laws. Photo: Malawi’s President Bingu wa Mutharika meets U.N. Secretary General Ban Ki-moon to announce the presidential pardoning of a gay couple at the parliament building in Lilongwe May 29, 2010. Wa Mutharika pardoned the gay couple from a 14-year prison term on Saturday after a meeting with Ban, who applauded the move and urged the country to amend “outdated” laws on homosexuality. REUTERS/Evan Schneider/United Nations

Never mind that they were no longer locked up, the couple were clearly not going to have an easy time upon their release. They were sent to their separate villages with no guarantee of receiving a warm welcome, with Monjeza’s uncle Khuliwa Dennis Monjeza, stating he would “make sure” Chimbalanga and Monjeza were not reunited.

Last week the couple held a press conference where they issued a joint statement. “The president has demonstrated that he is a caring father, a considerate and tolerant president. We wish him good health in his everyday endeavours as he continues leading the country to respecting human rights and to economic prosperity,” they said.

Yes, the president they referred to as “caring” and “tolerant” would be Bingu “I’m only doing this because Ban Ki-Moon made me” wa Mutharika, but then clearly none of the players in this drama were writing their own scripts.

The next twist in the tale occurred on Tuesday, when Monjeza announced that he and Chimbalanga had parted ways. “I am no longer in love with Tiwonge Chimbalanga. I am in love with a woman called Dorothy Gulo,” said Monjeza. Ah, young love, it’s a fickle emotion. But it’s not quite that simple.

Kenya’s Daily Nation newspaper adds more details, and we warn you, some of them aren’t exactly PC. It reports that Monjeza said he did not wish to be associated with “gay trash”, and that “hidden hands” had orchestrated the marriage. Furthermore, Digital Journal claims that Monjeza told Malawi’s The Nation newspaper that: “Although I claimed that I still love Tiwonge, I did not mean it. I have never had sex with him as was revealed in court. That’s why the medical examinations failed to establish any penetration. I was coerced into the whole thing.”

On one hand Monjeza says he is “no longer in love with Tiwonge” and “I claimed I was still in love with Tiwonge”, both assertions pointing to the fact that once upon a time, not so long ago, he did love Chimbalanga, even if this is no longer the case. It’s more than a little confusing: was he “coerced” into loving Tiwonge, or rather coerced into taking part in the marriage ceremony?

But no matter about Monjeza’s complex past, he’s trying his best to leave it behind in his mad dash to gain membership of the heteronormative club. Suddenly he’s in love with Dorothy Gulo, who is conveniently female. Well, we’re not saying this isn’t possible, but it all seems to be a little too neat. And now Gulo has come forward and said that her relationship with Monjeza began before he was arrested in December, although she doesn’t bother to explain exactly why he “married” another man.

Clearly someone is being manipulated in this situation, and clearly that person is Steven Monjeza. We’ll leave it up to you to judge whether his puppet masters are the Western media and human rights groups trying to turn him into a cause célèbre for gay rights in Africa without his consent, or whether his own conservative government is trying to prove that no one could possibly be gay unless they were subject to malign coercive forces.

Monjeza himself has simply had enough. “I was forced into the whole drama and I regret the whole episode. I want to live a normal life… not a life where I would be watched by everyone, booed and teased,” he said.