Analysis: Will the fake Cope please shut up

Analysis: Will the fake Cope please shut up 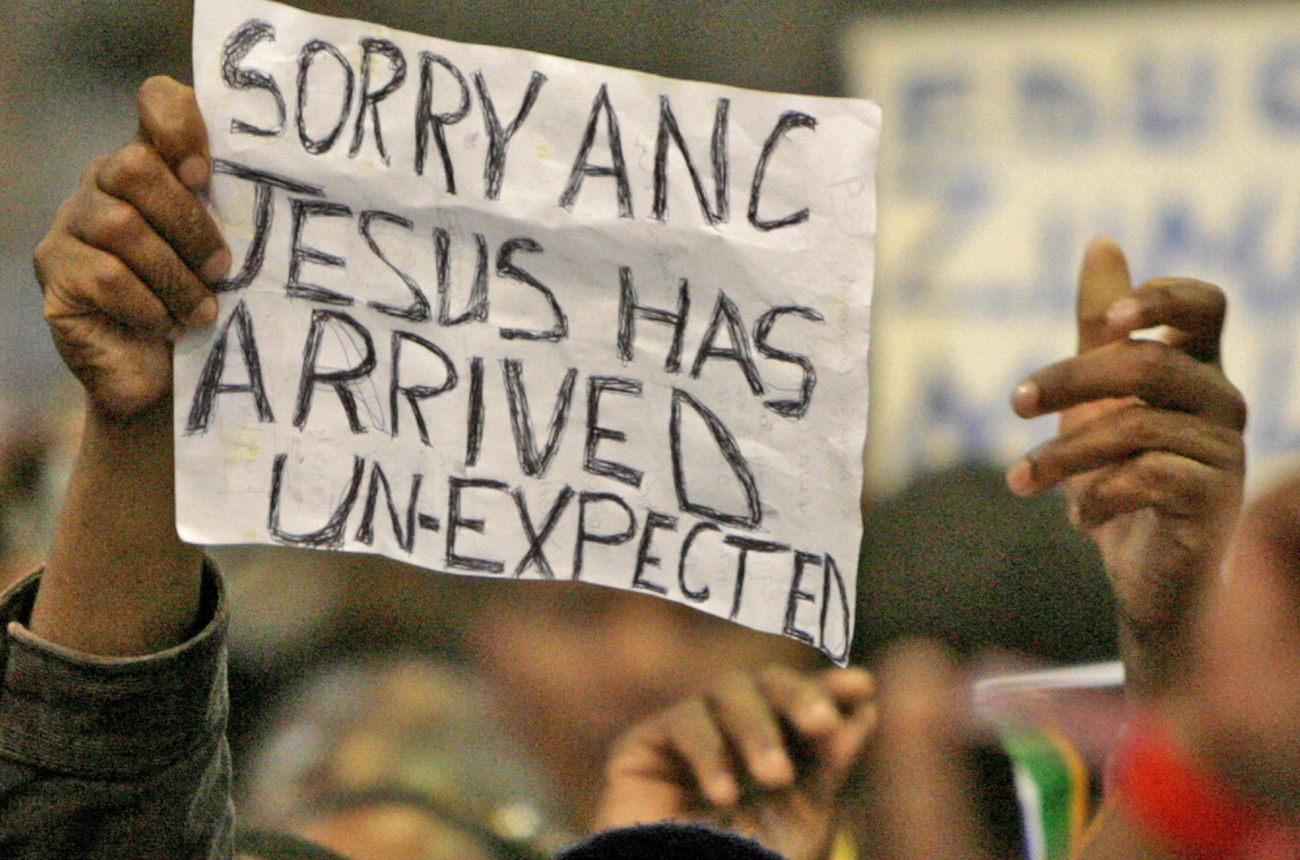 A Cope press release on May 30 contained the phrase: “Whilst widespread media comments may seek to cause uncertainty…” No guys, you’re not going to get away with blaming the media for this one. The fact is, Cope is fully capable of self-destructing all on its own, without any help from the fourth estate.

Before we try to read between the various party lines, we thought a list of the key players in the morass that is Cope’s PR team would be useful.

In Mosiuoa Lekota’s faction we have Andries Keun and Phillip Dexter. According to Sunday’s court ruling, Dexter is still the official spokesman for Cope as a whole. (Although this is only a technicality, since a unified Cope doesn’t exist in real life.)

In Mbhazima Shilowa’s camp are Sipho Ngwema and Onkgopotso JJ Tabane. It’s worth noting that the emails that arrive from Shilowa’s team are sent from an official Cope email address, while those emanating from Lekota’s side are sent from a personal email address. But this doesn’t mean that Shilowa’s necessarily winning the war of words.

“Following the numerous development around the Cope national congress over the weekend and the  instruction give to the leadership to challenge the court interdict granted in favour of the former president – our legal team has now served Mr Lekota legal team filled the notice for an urgent appeal at the Gauteng South High Court.

“Furthermore, Mr Lekota and Mr Dexter were served with letters officially by the general secretary which inform them about the weekends’ National Congress vote of no confidence passed on them.

“They have subsequently been removed as the president and head of communications, respectively.”

But Dexter and Lekota weren’t going to go quietly, and took the matter to court. On Wednesday, Dexter and Keun released a statement of their own. Since the Lekota faction had won the court skirmish on Wednesday, these two could play it straight, simply informing the media:

“Deputy Judge President Phineas Mojapelo today told Mosiuoa Lekota, President of the Congress of the People, to return to his office until such time as a court decides otherwise.”

The time that the court was set to decide otherwise was on Friday, although that judgment was postponed again, until Sunday. And the Shilowa faction spun the delay to its advantage, with Lerato Modisane releasing a statement on the Cope website that was not short in the finger-pointing department:

“Cope was willing to pursue a mediation lead by cope elders or an independent chair through the Congress National committee, Lekota rejected the political settlement and any political mediation proposed, squandering an opportunity to take the matter out of the courts and into the hands of collective leadership of Cope.”

The statement continued its partisan bent by painting Shilowa as the bigger person:

Commenting on today’s developments the acting President said: ‘ Today is yet another proof that these matters cannot be resolved through the courts. We still hope that sense can prevail. We believe in our case to abide by all the decisions of the National Congress yet we will respect any decision that the court hands down on Sunday’.”

This same press release was titled: “Lekota is a shepherd without a flock – Judge”. And you’d better think twice before uttering that insult on the playground: it’s clearly a nasty one, and rankled with Lekota’s faction.

Its press release the next day was titled: “Let’s the Lambs Stand up and be Counted.”

It started off laying into Tabane and Shilowa, and by the end the writer was clearly quite enjoying extending the judge’s metaphor.

“Lambs for democracy, transparency, accountability and building a caring organisation, this majority, the real Cope, stands resolute against the jackals who rig elections, use money for patronage, violence to convince those who disagree with them and cheap propaganda to cover up their nefarious deeds.”

“Lambs for democracy” has quite a ring to it, don’t you think? But we’re not sure that it conveys quite the right message. Lambs may be pure and innocent and all that, but they’re usually headed for slaughter.

The Lekota faction was on a roll though, and released another statement on Sunday.

“History will judge whether the President of Cope and those who supported him were correct to go to court to stop the actions of the Shilowa faction in the party,” it opens. This is, of course, presupposes that when the history of early 21st century South Africa is written, Cope will merit more than a footnote.

Finally, later on Sunday, the court ruled in favour of Lekota, meaning that he remains president of Cope, for now. The press release was triumphant:

“The court has today vindicated democracy, fairness and transparency. Justice has been served,” it stated. The statement was signed “M.G.P. Lekota, President Cope”, with Lekota confidently laying claim to this position, no matter the Shilowa factions attempts to formerise him.

The Shilowa-ites, meanwhile, stated the following on the Cope website:

“Cope accepts the judgement and commits to act accordingly.” Surprisingly tame, perhaps. But halfway through the press release we arrive at that all important “but”:

“COPE will study the judgement carefully in order to consider its options for a possible appeal. This does not detract from our respect for its findings.”

And, while we were waiting to hear if the court’s ruling would in fact be appealed (although it didn’t take a genius to figure out the answer to that one), the sniping continued. Phillip Dexter issued a statement on Monday morning saying:

“Onkgopotso (JJ) Tabane continues to make statements and speak to the media claiming to represent the Congress of the People (Cope). For the record, Tabane is not, nor has he ever been a spokesperson of the Party.”

Hmmm, that one seemed fairly random. But it became clear that is was a pre-emptive strike when, less than an hour later, an email arrived in our inbox from Mr JJ Tabane himself, inviting us to a media briefing, where:

“Mr Mbhazima Shilowa, the Deputy President will respond to the Court judgment of reinstating Mr Mosioua Lekota as Cope’s president. Mr Shilowa will also be discussing a way forward for the Congress of the people.”

We didn’t attend the media briefing. There’s only so much one can take of this playground-style argument:

“No you’re not, I’m the acting president.”

We did well to skip Monday morning’s briefing which, as we expected, offered more of the same. Admittedly, the best paragraph of the statement released after the event spoke not to conflict, but to unity:

“Unity will paramount as we consolidate this organisation – our unity remains paramount. We will continue to pursue all means possible for unity and political solutions to our current problems even though this may be currently scoffed by those who have taken action against Cope.”

But someone should tell Cope that repeating the word “unity” three times in one paragraph is not a magic spell that will unify your party. And considering the same press release announced that the Shilowa faction would indeed appeal the South Gauteng High Court’s Sunday ruling in favour of Lekota, the pretence of striving for unity isn’t fooling anyone.

Enough already. We would call for the real Cope to please stand up, but that doesn’t seem possible. Instead, we’ll settle for asking the fake to Cope please shut up. Whether it does or not, at least the blasts of vuvuzelas should drown out the inconsequential political whining come Friday.