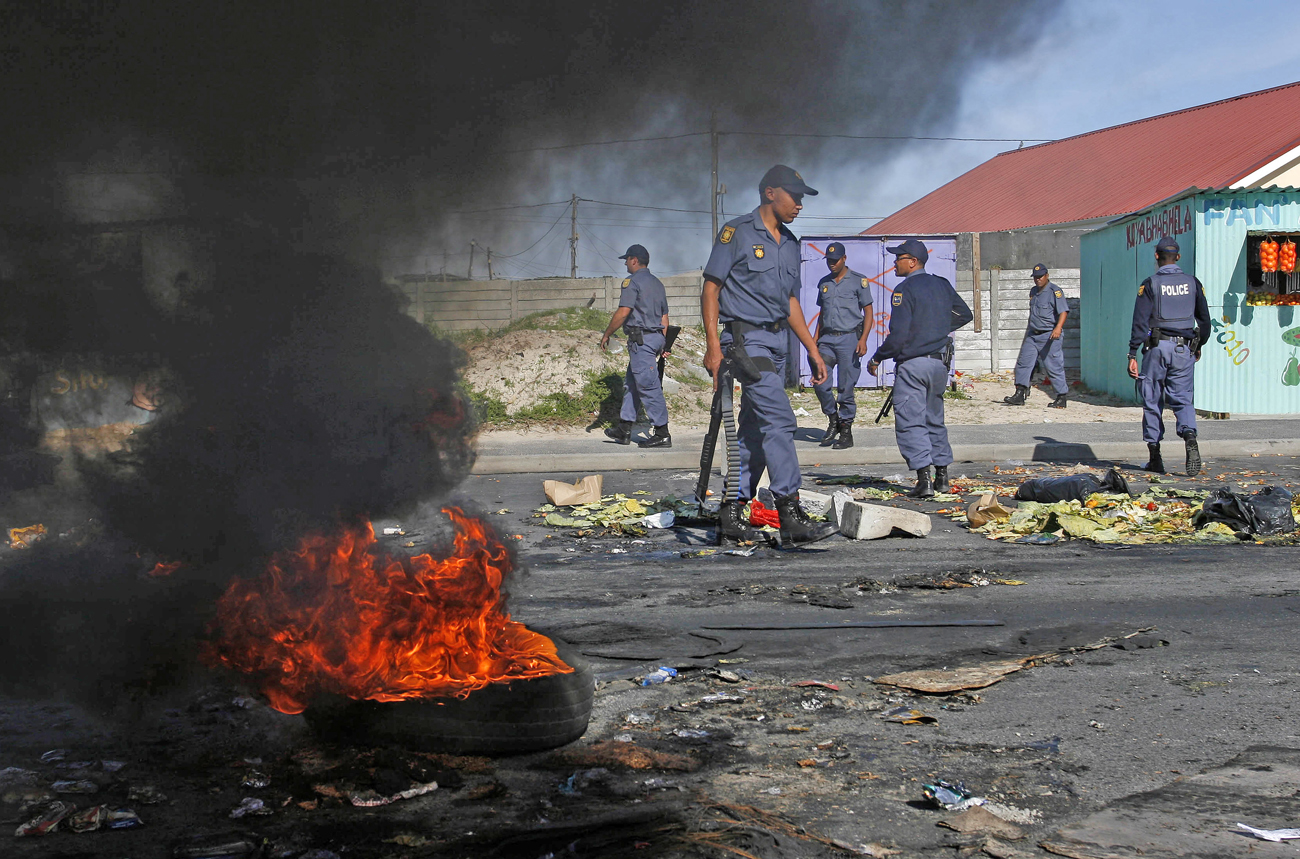 Helen Zille releases the truth about the “toilet wars” and is promptly labelled a racist, liar by an ANCYL - without even reading her statement.

Democratic Alliance leader Helen Zille has revealed that the ANC Youth League played a key role in negotiating with the Western Cape community of Makhaza, Silvertown about providing of toilets in the region. The Makhaza community made headlines earlier when the ANCYL called on its members to vandalise Cape Town and make the city ungovernable. The ANCYL then went on a rampage itself in Makhaza destroying the outdoor toilet enclosures in the community.

On Friday, Zille disclosed that ANCYL regional secretary Andile Lili, who had led the toilet-smashing gang, was a community liaison officer working on the payroll of the DA-controlled City of Cape Town.

Said Zille: “In his paid position as CLO facilitating the Silvertown provision of services, Lili had played a key role in implementing an agreement that emerged from lengthy negotiations with the community about how to meet their priorities out of the available budget. The budget, based on the national norms for the upgrading of informal settlements, provides one flush toilet for every five families. But the community understandably wanted one flush toilet per family. The proposed way to achieve this was for the City to provide the toilets and plumbing connections, while the families themselves would make a contribution and enclose the toilets.”

“This seemed an ideal win-win solution.  It certainly was for the 97% (1,265) of Silvertown families who built their toilet enclosures, often in the most innovative ‘en-suite’ arrangements attached to their dwellings. But it did not work for 51 families (less than 3% of total beneficiaries). For whatever reason, they did not enclose their toilets, and some even used their open air toilets under cover of blankets.”

Zille said the municipality stepped in to build toilet enclosures for the remaining 51 despite facing resistance from the 1,265 families who had built their own. “By this time, the ANCYL had realised it was on to a good thing.  Photos of unenclosed toilets had appeared in the media. The ANCYL lost no time using this to ‘prove’ the lie that the DA treats black people with indignity, and developed a keen interest in ensuring the toilets remained open,” said Zille.

She added that Cape Town mayor Dan Plato then met with the 51 residents to get signed agreement for the toilet enclosures to be built and started construction, but that the ANCYL “broke down the enclosures as fast as they could be built – against the pleas of the owners to stop doing so”.

When asked for comment the ANCYL’s national spokeswoman Magdalene Moonsamy said she had not read the statement. “Just read some of it out to me,” she asked The Daily Maverick before launching into Youth League rhetoric.

“It is a clear indication of what we have purported all along about the nature and character of the DA, especially what Helen Zille represents with her racist attitudes and her racist goals to believe that service delivery stops with the construction of a toilet and not a structure around a toilet,” said Moonsamy.

“As to the allegations that are being made by this women, it becomes very relevant to highlight that there is no fundamental reason that she can give as to why the community who decided not to even take this agreement allegedly of hers that 52% of them agreed that they were going to build these structures…”

“Um. No, actually the statement says 97% of the people did build structures,” interjected The Daily Maverick.

“I think that is an absolute lie. A community can never agree to such a thing. To put up their own structures?” said Moonsamy.

“Are you saying Zille is lying about the figures she is quoting?” asked The Daily Maverick.

“I am saying that she is lying. If a community doesn’t have access to basic services are you going to tell me that they are going to set up structures?” said Moonsamy.

“The statement says 1,265 families or 97% did in fact build structures,” said The Daily Maverick.

“Well, that’s good for them, if they felt they needed to build their own structures which were obviously not stable, not safe, there are kids that are using these kinds of facilities. Besides what are people meant to understand by what is meant by an enclosure? Are they meant to take it to mean that it is cardboard or wood, or some kind of temporary structure? Then we are still saying these human beings are seen on a scale on a lesser proportion than others. Even if a person commits to building a structure what do you as an oversight responsibility in terms of government have to ensure that the people are safe, that the structures are conducive and that they are compliant with proper safety measures? That is why I am saying that she is lying.”

Photo: Police stand behind burning barricades in Cape Town’s Khayelitsha township during protests over service delivery which includes housing and sanitation, June 1, 2010. The city is one of nine South African cities hosting the 2010 Fifa Soccer World Cup, which kicks off on June 11. REUTERS/Mark Wessels