The wife, the bodyguard and the cuckolded president. Pr...

The wife, the bodyguard and the cuckolded president. President Jacob Zuma, that is 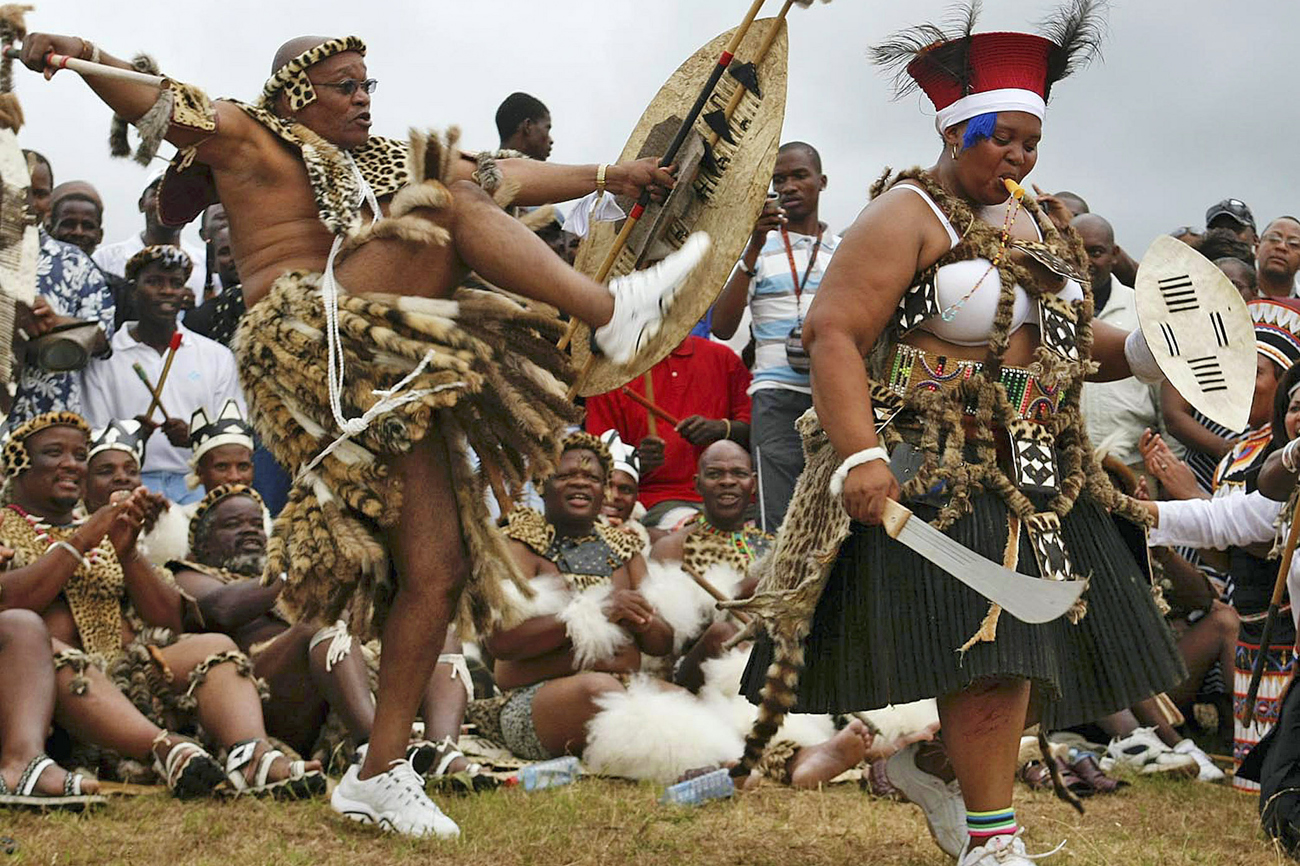 It would have been funny, the fact that polygamist Jacob Zuma apparently got cheated on by wife number two, and that his next child may actually have been fathered by one of his bodyguards. But with at least one death apparently involved, and the spectre of the president being more than a little distracted by his personal troubles, it really doesn’t seem all that amusing.

The only thing we know for sure is that Nompumelelo Ntuli Zuma, the second wife of the president and mother to two of his 20 children, is pregnant again. Then we had a rumour, first published a couple of days ago that her relationship with Zuma is on the rocks, even though they have been married for only two years.

But the bombshell came on Thursday, with allegations that MaNtuli, as she is popularly known, had an affair with Zuma’s bodyguard Phinda Thomo, that Thomo committed suicide when the affair was discovered, and that he may be the father of her child.

The allegations were published by Ilanga, a newspaper based in Durban (and not available online) in the form of extracts from a letter it had received. The letter claims to be from Zuma family members, but Ilanga provided no corroboration or evidence of its provenance. Reports of ongoing friction between Zuma’s wives have naturally led to conjecture that it was drafted by or on behalf of one or more of the other Mrs Zumas, but that is pure speculation.

The matter is complicated somewhat by the fact that Zuma is currently in India on a state visit – accompanied by MaNtuli, who also went with him to France. The fact that she had not accompanied him on a state visit to Britain initially helped fuel rumours that they were a less than loving couple. Does her being in India therefore indicate that the Ilanga letter is false? Frankly, nobody knows, but the timing of the release of the letter sure doesn’t look like coincidence.

So here’s what will happen now: the foreign media, hungry for pre-World Cup stories, have been handed a beautiful new angle on Zuma’s polygamy, and few will look that gift horse in the mouth. Zuma and his immediate team will yet again be distracted by his personal life. And South Africa will, as usual, suffer while attention is given to personality rather than policy.