It's official: the vuvuzela will be allowed at World Cu...

It’s official: the vuvuzela will be allowed at World Cup games 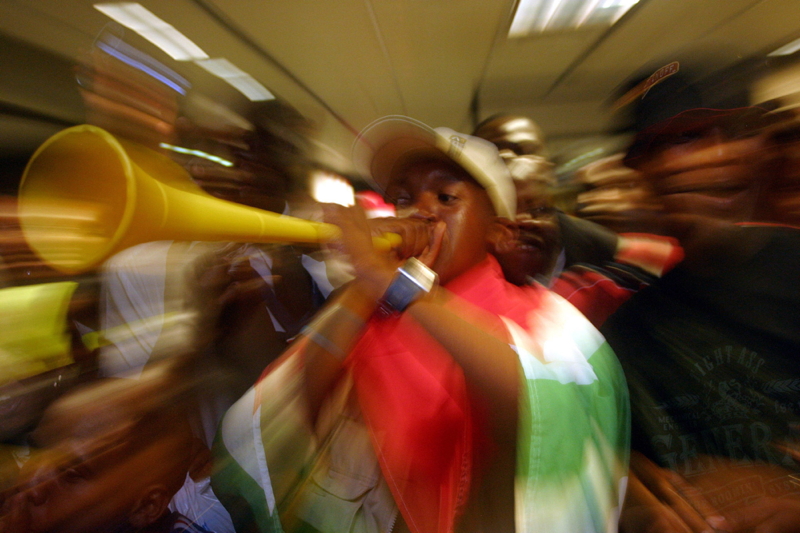 Suck it up, sissy foreign teams. The World Cup organisers have finally succumbed to the inevitable and proclaimed South Africa’s favourite cultural weapon, the vuvuzela, will be allowed in stadiums. During games. Let a thousand plastic flowers blare.

It was close. Ten days before the start of the World Cup we still faced the grim prospect of civil disobedience and violence, if not in the streets, then at the security checkpoints for entry to World Cup stadia. But it turns out that staff at those stadia will not be required to wrest vuvuzelas from the hands of fans. The plastic trumpets have been officially recognised as allowed items by the Local Organising Committee, with the implicit backing of Fifa itself.

“It seems that… the vuvuzela is part of this World Cup, and it is in,” said committee chief Danny Jordaan at a media briefing on Tuesday, but not before explaining that there really wasn’t much of a choice. While looking at sound levels in stadia (because there was some concern that vuvus would drown out emergency announcements), Jordaan said, “I got a call from a friend of mine in Germany who had just gone into a pharmacy, and if you spend ten euros you get a vuvuzela for free.”

The official line, then, is that the vuvuzela is internationalising and that visiting teams may as well get used to it. But Jordaan must have been conscious of the fact the he would have become a stateless refugee in the near future if the plastic horns were not allowed in stadia. Earlier on Tuesday morning, Bafana Bafana coach Carlos Alberto Parreira announced his squad for the tournament, and stressed the importance of the vuvuzela as part of that team.

“We need a lot of noise,” Parreira said. “[The] vuvuzela is our twelfth player.”

Pathetic, whiny foreign teams have complained that vuvuzela noise is distracting and impedes communication between team members. The decidedly more manly players that make up Bafana, on the other hand, are well acquainted with the musical device and its use in match settings, and say they find its peal encouraging.

The official stamp of approval does raise some logistical issues. Rushed medical studies have indicated that prolonged exposure to vuvuzelas in a semi-enclosed space could lead to slight but permanent hearing loss. Strict Fifa vending rules have not made provision for the sale of earplugs, however, so fans will have to bring along their own.

Or, alternatively, they could always spend every match with fingers plugging their ears, of course.