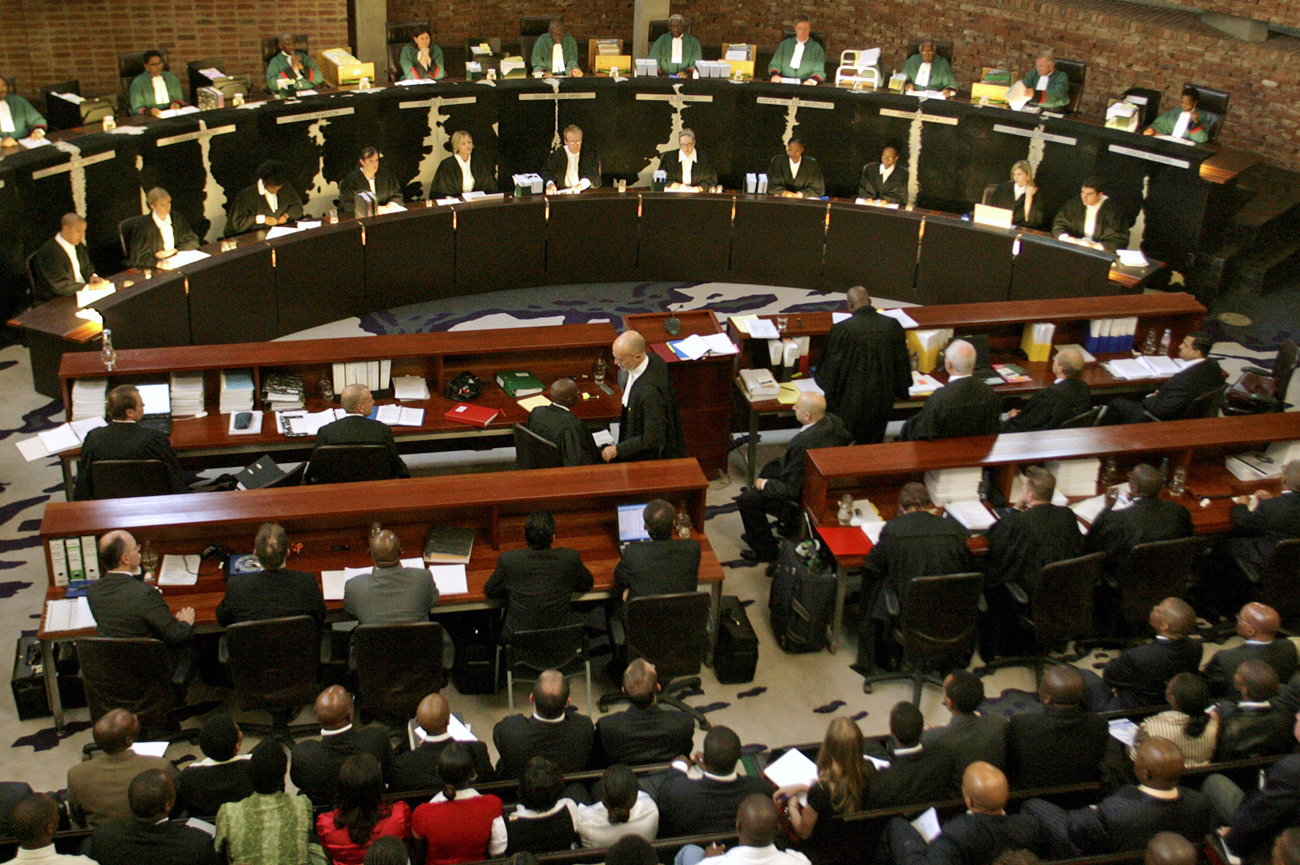 A new bill before Parliament proposes Constitutional Court judges be appointed until retirement age. Though it falls short of the American system of life-long tenure, the new system would still see a judge appointed at say, 40, using the same parking bay for 30 years. Is this really wise?

Putting aside the usual concerns about why President Jacob Zuma’s government may be tinkering with the conditions of service of the judiciary (if you think that’s unfair, please glance towards the National Prosecuting Authority, and the somewhat ethically challenged Menzi Simelane), we have to ask, what are the pros and cons of doing this?

At present judges serving on the highest court in the land are appointed  for a 15-year term or, if only appointed late in life, until they reach the age of 70. This approximates the German model, while US Supreme Court judges are there until they die – or get pushed really hard. The new proposal may actually turn out that, even if a president or party was not being conniving, it could backfire spectacularly on them. So one question is, would this be good for democracy? Another question, of course, would be whether it is good for justice and defence of the Constitution.

The principle of appointing judges to a country’s highest court for long periods and making them virtually untouchable is common in many successful democracies. It gives them independence and sets them apart from the oft-banal, oft-vulnerable ebb and flow of party politics and the influence of powerful lobbies. Some might even argue that it helps to keep them “honest” (though one would hope honesty were an unquestioned characteristic of a country’s most senior judges). But that does come with problems. As anyone familiar with the name John Hlophe will tell you, there are times when you need to take some kind of corrective action against a judge. And that is always difficult. With a fixed-term system, you know judges will leave at the end of their term. That wouldn’t apply under the proposed new system.

The other issue is that the make-up of the Constitutional Court could stay roughly the same for long periods. The judges who retired last year led to four replacements. The year before that Edwin Cameron was appointed. That means five of the 11 parking bays on Constitution Hill have new cars in them. It’s still too early to know how the court may change its thinking (if it does so at all), but it does introduce some new thinking, some fresh blood if you like. We’re not suggesting the Court will rule differently to how it may have done 18 months ago, but new ideas on the bench of the Constitutional Court is probably preferable to stuck-in-the-mud attitudes – irrespective of the seniority of the individual.

Underlining this as well is the sheer pace at which society is changing – a pace likely to accelerate rather than slow down. Imagine if, through circumstance and nothing else, there was a majority of homophobes (or put more delicately, “sexually conservative” thinkers) on the bench. Changing the laws on gay marriage could be infinitely more difficult, and would remain so for a long, long time. You could have a situation where none of the judges retires for five, 10 or 20 years (considering that many judges may be appointed between the ages of 50 and 60). While that’s possible now, it’s much less likely. That’s a long time to go without any change, particularly in a world that’s changing so quickly.

The real problem with increasing the length of terms for our judges would be that the stakes would be so much higher for each person interviewed. Last year’s interviews were pretty fraught already, partly because the Hlophe issue overshadowed everything. But imagine how difficult they would have been if someone like him could have been appointed for 30 years. There would have been a much tougher, bloodier fight, which would politicise the process more than it already is.

It’s critical to remind ourselves that Constitutional Court judges, unlike supreme and appeal court judges, are appointed by the president from a shortlist supplied by the Judicial Services Commission. This is a provision that was carefully thrashed out by the original draughters of the Constitution, with meticulous thought devoted to the immense power such judges do and could wield.

Judges are thus inherently political appointments made by a politician, the president. The main upshot of this change would be to make their powers for good or ill so much greater. If a good person was appointed, say an Edwin Cameron with almost unilateral support, then that person would be able to do good for a long time. But if the wrong person, or people, were appointed…. As it stands, Constitutional expert Pierre de Vos says, “there are several brilliant judges serving on (the Constitutional) court at the moment, along with a few other judges who one would not be able to describe as intellectual giants”.

This could also be dangerous for the politicians themselves (but whether that is good or bad from the citizenry’s perspective is moot). The terms of judges are already much longer than presidential terms, if they were to become longer still, the law of unintended consequences would come into play. Say the proposals were adopted. Then president A appoints a judge who is pliant, likes him and rules in his favour. Then president A fights a long bruising battle within the ANC (hardly the homeland of harmony and happiness at present) and loses. And is replaced by president B. That judge may well have had an axe to grind with president B. Now, despite themselves, the politicians have engineered a check on their activities. At the moment the politicians of the day have very little political control of the judiciary. They would have even less under these proposals, as they would get to make fewer appointments.

Overall it seems to us, there’s very little good to come from this proposal. Constitutional Court judges are already hugely protected by their conditions of service. So why change it? As has happened so often with the justice ministry, we wonder if we can put cock-up before conspiracy, if this is just another proposal that hasn’t been properly thought through?

Photo: The Constitutional Court sits for a hearing of African National Congress (ANC) President Jacob Zuma’s application in Johannesburg March 11, 2008. Zuma launched a final bid in South Africa’s highest court on Tuesday to prevent some evidence being used against him in a corruption case that could stop him becoming president. REUTERS/Siphiwe Sibeko