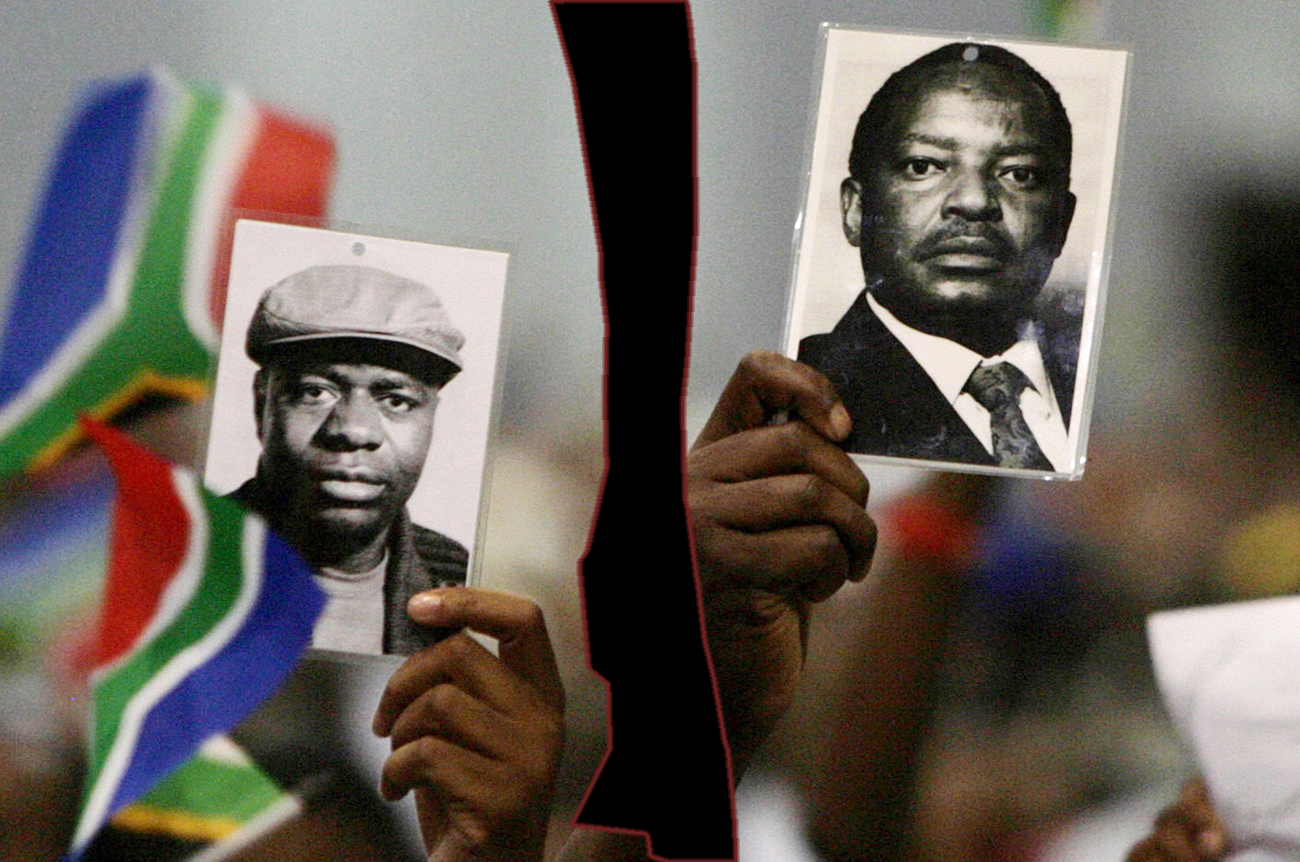 As is the case with many divorces, the once-happy couple, Mosiuoa Lekota and Mbhazima Shilowa, ended the poorer for what’s happened. Lekota for having been shafted in public, Shilowa for being exposed as a “thief”. But before the party remnants move on, there are some lessons to be learnt from Cope's implosion.

After the chaotic weekend at the Congress of the People’s policy elective conference at Irene, near Pretoria, there will be plenty of money to be made by lawyers, while courts try to untangle the wires and clean up the mess.

From what we see one of the many things we’ve lost is someone who used to be a politician of some integrity. A man who, when his political friend was recalled, actually had the balls to speak out about why he still supported him. A guy able to run the country’s busiest province, and strongest media market, without getting embroiled in any massive scandal. But this weekend – or perhaps even earlier in the week – Shilowa just played really dirty, and did so quite openly. People who made sure the Lekota-supporting branches of Cope were refused admission to the conference, did so in Shilowa’s name. He was a crucial part of the deal that was struck to make sure no elections were held at the conference. And then, as if by magic, when delegates proposed from the floor that it be turned into an elective conference, he did nothing. He can deny it as much as he likes, Shilowa was obviously actively pushing it.

Mbhazima, shame on you. We expected better. You are now just another grubby politician.

The lessons from the Cope debacle are stark. The biggest is this: it is time for a new party to be based around an idea. An idea that can create coherent policy based on principle, which would in turn enable a realistic vision for the future. Whatever that vision, it needs to be one around which members can coalesce.

Such a party will have a chance of lasting influence. Parties built around a personality, or a particular strand of populism, simply cannot last.

There is a reason why the Democratic Alliance has managed to grow over the last few years, despite having people with massively diverse beliefs within it. It’s because no one leader has tried to turn the thing into a personality cult. Even though it was forced, pretty much through one of our strange national conventions, to have one person’s face on its election posters, the party turned her blonde looks into a policy platform, rather than a party about one person.

And before you ask… the ANC is very different. It has the glue of power, a long history and cunning leaders who, so far, know how to manage division. Even if they do run into the odd problem from time to time.

All the others have split endlessly, and have become an alphabetical soup of mindless complexity.

Another lesson is that “the new party” some are wondering about, may not actually come from within the ANC. Whatever the next shock to come for our politics, it now looks like Zuma’s promise that “life without the ANC is a cold place” is becoming increasingly true. We’re not saying there isn’t politics outside the ANC, we’re just saying the space for a new big movement is pretty limited right now. Normally you’d expect the trade unions to come up with something should the government of the day become too heavy-handed, but Zuma seems to have that problem sort of sorted, for now. This doesn’t mean the ANC or the behaviour of some within it, won’t spark something new, it just may not come from within the ANC itself.

Another lesson is that structure and professionalism matters. This should be obvious, and yet it was one of the major reasons for Cope’s trouble. In a country as geographically widespread as South Africa, the party needs branches with competent people to run them and plenty of money. Which, if you’re starting from scratch and you’re not going to run the country anytime soon, will be tough to come by.

There’s another lesson, this one for SA voters. If you don’t choose your vote carefully, it’ll be wasted. The 7% of our people who voted for Cope have  watched their vote dissolve before their eyes. They will certainly not get any value from it now. On top of that, there’s all likelihood of another huge fight between the Lekota and Shilowa factions over who gets the parliamentary seats the party won. Perhaps the biggest sadness of this political tragicomedy is that most of the Cope voters were refused the vote for so long in pre-1994 South Africa. Just for that fact alone, the people involved in this mess should feel ashamed.

All in all, this weekend’s events have left us all poorer. It’s always sad to see any new party, or idea, implode like this, particularly when the reasons are the usual rubbish of ego and the “me-me” culture manifest in our politics.

But hopefully whoever starts the next party (and we hope we are wrong, but we think it’ll be a while before someone actually does) will have learnt some lessons from this sad episode. And that your biggest threats come from within your own house.