Rugby sets the perfect stage for soccer to show its bea...

Rugby sets the perfect stage for soccer to show its beauty 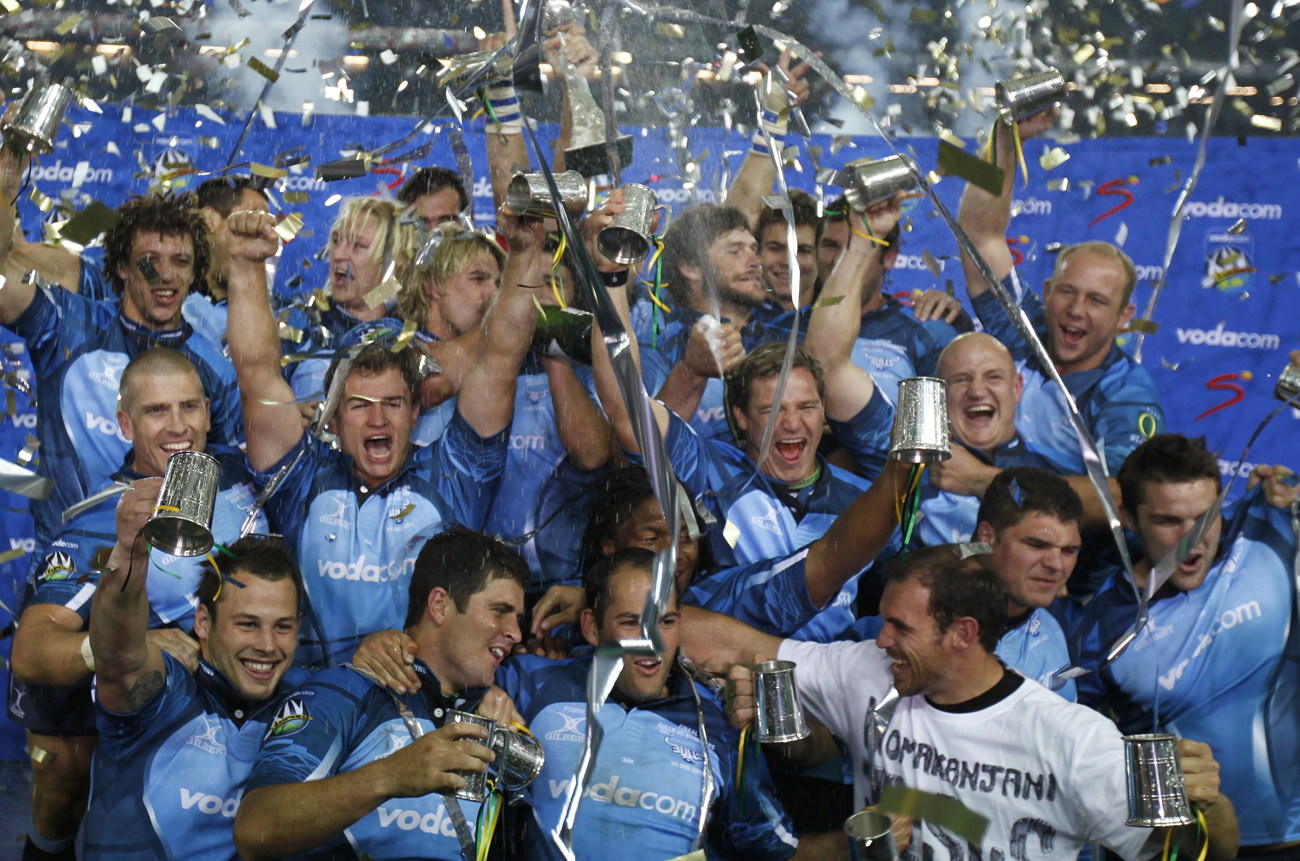 Saturday’s historic final final in the Super 14 rugby tournament – next year 15 teams compete – showed rugby at its grandest and South Africans united as only once before. Suddenly, anything seems possible again.

That the Bulls beat the Stormers 25-17 to win the Super 14 final is hardly the point. Nor is it that it was a groundbreaking, nation-building cross-cultural masterstroke to unite the country 12 days before the World Cup begins.

In purely rugby terms, the most important point is that the top two teams in the premier southern hemisphere competition are South African. The Super 14 is effectively the top club arena and the prominence and domination of these two sides – the Bulls and Stormers – bodes well for the Test season that kicks off next weekend against Wales. Photo: South African President Jacob Zuma waves to rugby fans before the Super 14 Rugby union final between the Bulls and the Stormers in Soweto, Johannesburg, May 29, 2010. REUTERS/Siphiwe Sibeko

Oh yes, the Springboks are looking up. And they need it. Last year, they were a sorry sight by the year-end tour of Europe, losing to lowly Italy and the once-illustrious lineout being undone by Ireland. After a year in which they’d won the Tri-Nations, the British and Irish Lions series, it was an inglorious end.

But yesterday South African rugby was in rude health – and provided a spectacular fillip of national pride and enthusiasm before the event we cannot name in the year we cannot name ordained by the four-letter organisation we cannot name.

Saturday was finals rugby. The better team, which made fewer mistakes and was just plain hungrier came out the winner. The Bulls were brutal at the breakdown, staunch in their defence and took the few chances they could to score a brilliant try and kept piling on the points through Morné Steyn’s metronomic boot.

The try in question was yet again through that backline field marshal Fourie du Preez, whose exquisite timing put Francois Hougaard through the smallest of gaps. Like last year, Du Preez is peerless as the best rugby player in the world right now. Let’s hope he won’t be snubbed by the IRB for International Player of the Year, as he was last year. Hougaard can justifiably be scratching his head over why Gio Aplon is in the starting line up for the Boks against Wales on Saturday and he isn’t, having outplayed the diminutive, but talented Stormers fullback. Both men are playing out of position, but Hougaard is arguably the second-best wing in the country right now, behind Bryan Habana.

The intercept king stole one from his former teammates for the Stormers try of the night, a consolation for the hard work the Cape side put in this year to make the Super 14 finals for the first time.

But the Bulls wanted it more and appearing in their third Super 14 final (and the second consecutive home final too), they had the BMT needed for the occasion. Fortress Orlando, as it became known, was not the spectacle it was last week, when the novelty value of playing a rugby semi-final in Soweto was as big a part of the game as beating the Crusaders, the overall form team of Super rugby.

Bulls’ captain Victor Matfield equalled the two wins each of Todd Blackadder and Richie McCaw, the current Saders coach and captain respectively, and has every right to feel proud.

Leading from the front, as he always does with vice-captain Du Preez, he was ably assisted by a team that is reaping the rewards of consistency, that mythical concept so-beloved of Jake White. Photo: A Bulls supporter cheers his side during their Super 14 Rugby union final clash against the Stormers in Soweto, Johannesburg, May 29, 2010. REUTERS/Siphiwe Sibeko

The loose forwards – Pierre Spies, Dewald Potgieter and Deon Stegmann – were manful in attack and defence, Spies carrying strongly as ever, while Stegmann particularly was superbly effective on the deck, especially in the first half. Like Hougaard, he can also be wondering where his Springbok call up is.

For the Stormers, where Schalk Burger was his usual tectonic self, the sure boot of Peter Grant and cool heads of veterans such as Jacque Fourie, Habana and Andries Bekker almost did it for them. Had Bekker not foolishly leapfrogged himself into a ruck in the last quarter, and forsaken a Stormers penalty on the far side and near the Bulls lines who knows, a famous upset might’ve happened. Similarly had Burger’s arm reached just a few centimetres further for his attempt he’d have hit the line and the five-pointer.

Francois Louw showed why he deserves his starting jersey on Saturday, while Juan de Jongh will be holding thumbs he can still make the bench.

Traditional north-versus-south Rugby in Soweto. To the din of vuvuzelas, which are never allowed at rugby stadiums. Two South African teams in a Super 14 semi-final, and a packed Orlando Stadium. Who knew any of these would come to pass.