Breakthrough for media freedom in Zimbabwe 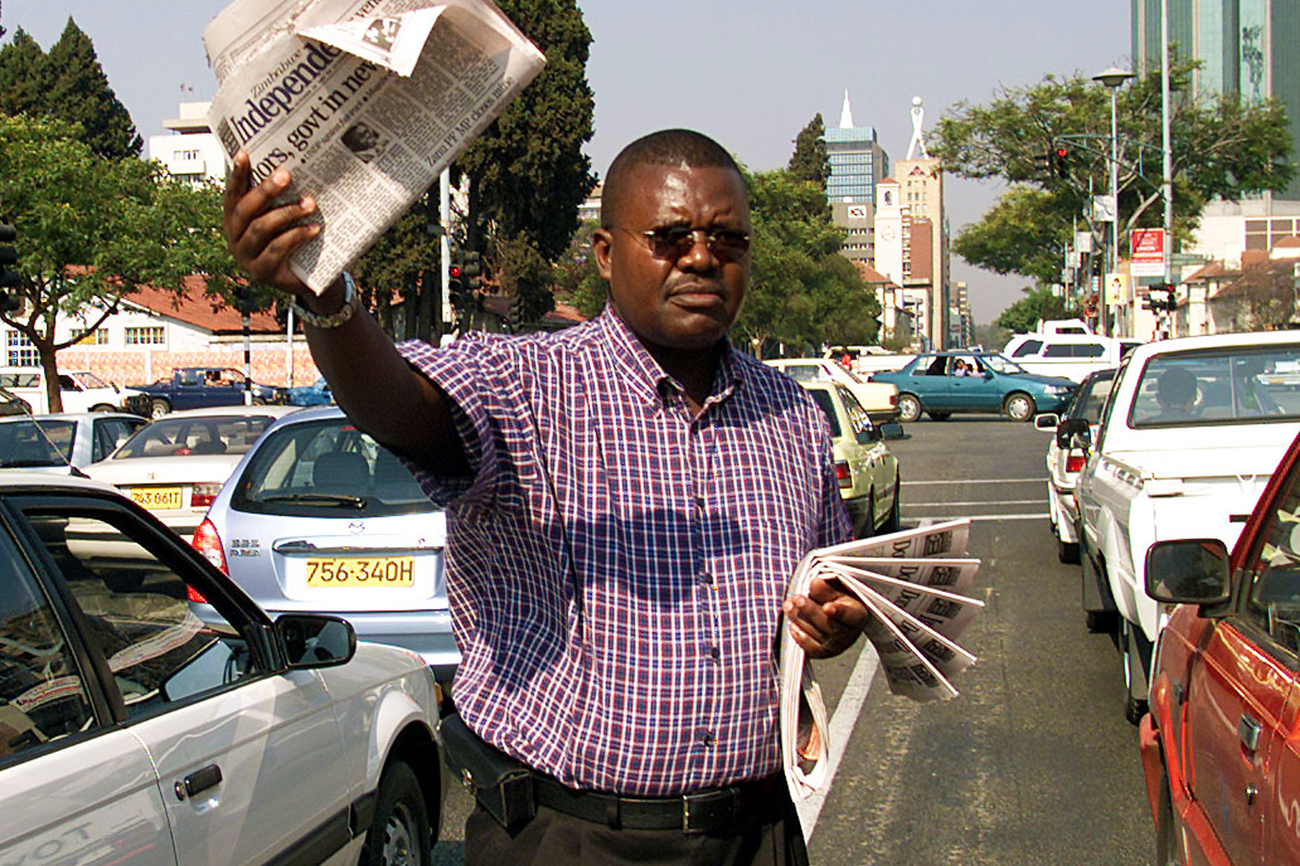 One of Africa’s greatest press predators (the one up north, on the other side of the Limpopo) is going to get a lot more local media coverage after the Zimbabwe Media Commission granted publishing licenses to five papers, including the long-banned The Daily News and Trevor Ncube’s soon-to-be-launched NewsDay.

Bob Mugabe is keeping good company. Along with Muammar Gaddafi, dreaded Nigerian police chief Ogbonna Onovo and Italy’s deadly mafia like the Cosa Nostra, the Camorra, and the ’Ndrangheta, Mugabe has earned a reputation for being one of the world’s worst greatest enemies of media freedom.

He earned this badge of dishonour from Reporters Without Borders (RFP) who recently published a list of 40 politicians, government officials, religious leaders, militias and criminal organisations that treat the media as the enemy, directly attack journalists and generally make reporters’ lives a living hell. The RFP calls the frightful forty “powerful, dangerous, violent and above the law.”

Mugabe earned his place amongst the frightful forty for spying on editors to assess their party allegiance during elections, arbitrarily arresting journalists, and being the mastermind behind the Access to Information and Protection of Privacy Act (AIPPA) which all but ended independent media in Zimbabwe. It was certainly the death knell for The Daily News which, at one time, was the country’s most popular and well-read daily.

It’s unlikely that Mugabe will be taken off the list because of the decision by the Zimbabwe Media Council to bring independent dailies back to the country. The council this week granted publishing licences to The Daily News, NewsDay, The Daily Gazette (that reportedly has ties to Mugabe’s ZANU-PF), The Mail (also linked to ZANU-PF), and The Worker, which is a weekly title run by the Zimbabwe Congress of Trade Unions.

NewsDay is to be published by M&G Media’s Trevor Ncube, who told The New York Times: “Zimbabweans will be ready to have an alternative — not to buy only what the government wants them to read and hear. That’s going to be hugely empowering and liberating for Zimbabwe.” M&G Media are the owners of local investigative heavyweight press, The Mail & Guardian. Ncube also owns the two independent Zimbabwean weeklies, Zimbabwe Independent and The Standard, that managed to survive Mugabe’s draconian media laws. Both papers are printed outside the country, then shipped into Zimbabwe.

In terms of every day news, to date Zimbabweans have been force fed a daily staple of propaganda courtesy of the government-owned The Herald. The New York Times reports that on the day the new publishing licenses were granted, The Herald offered the usual state evangelism. “A story about the politburo of Mr. Mugabe’s ZANU-PF party declaring itself ready for elections made the front page. On the editorial page, Jonathan Moyo, a former information minister, characterized the Movement for Democratic Change, the longstanding opposition party now sharing power with Mr. Mugabe, as a treacherous, foreign-financed entity that only now realizes that “history has been kind enough to give them the rare opportunity to work under an iconic African leader with a towering global stature.” Another editorial was headlined “Democratic reform: New fad of subversion’.”

Time will tell whether Mugabe will resort to form by intimidating journalists and threatening a newly launched independent daily press, but the big challenge for the new newspapers is likely to be creating a sustainable business in Zimbabwe’s crippled economy.

Read Reporters Without Borders’ report on “Predators of Press Freedom”. Read the Zimbabwe Independent. Take a sneak peak at NewsDay which Trevor Ncube says is set to launch on 07 June 2010.

Photo: Trevor Ncube, Chief Executive of the weekly ‘The Independent’ newspaper sells copies of his paper in the morning rush hour traffiic in downtown Harare October 19, 2001. Ncube took to the streets in protest at a crackdown by police on vendors selling their newspapers to motorists. REUTERS/Howard Burditt.