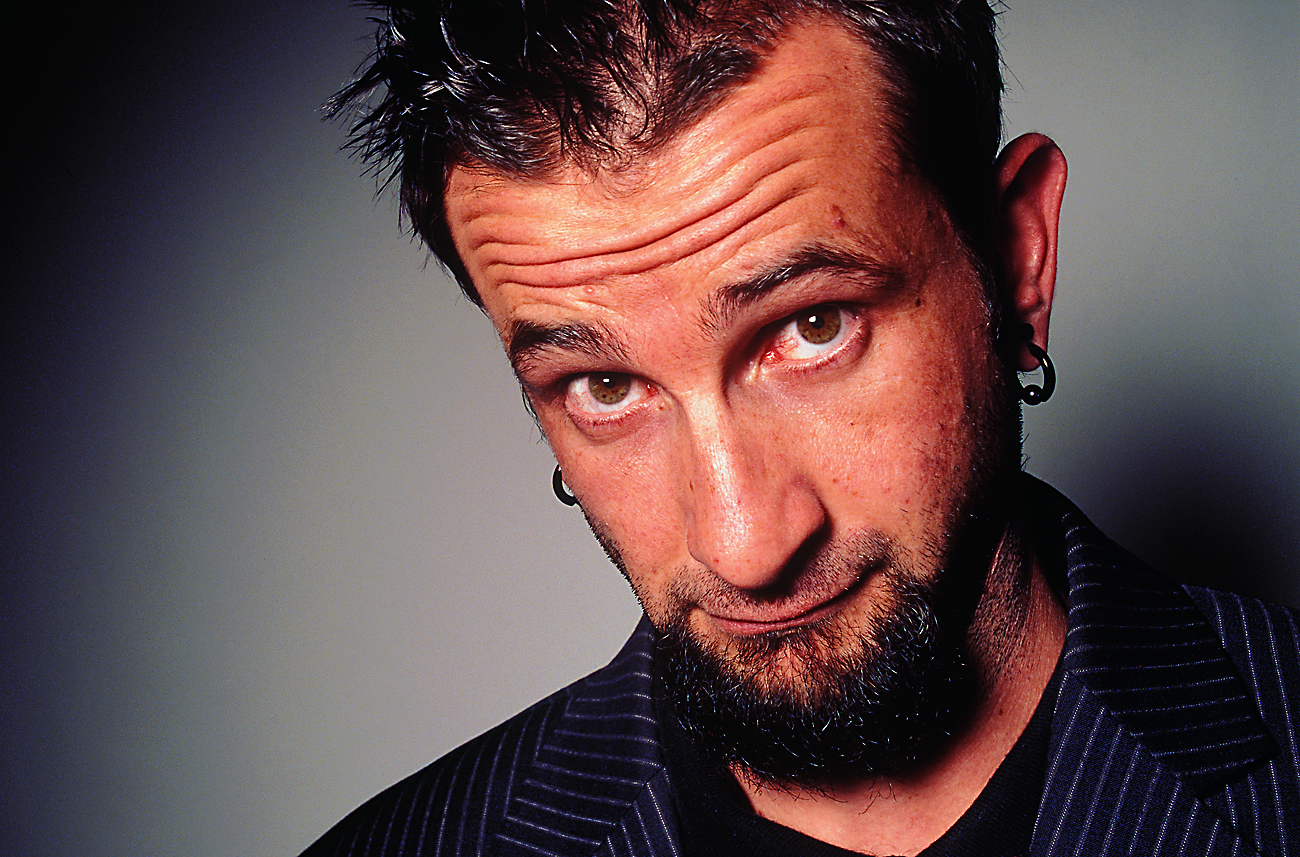 South Africa’s smartest and most foul-mouthed funny man is back from London where he took a team of this country’s top comedic talent to play at the Royal Albert Hall. Called Bafunny Bafunny, and not to be confused with our national soccer team (though at times they cause just as much laughter), the troupe is now taking its act to Durban, Cape Town and Jozi.

If comedy were a sport, there’d be no doubt that John “Die Voël” Vlismas would be on the national team. Together with seven of South Africa’s funniest stand-ups, Vlismas will be touring the country to give South Africans something to laugh at, besides our politics and national soccer team. Other players on the Bafunny Bafunny team are coach Mark “Markos Santanos Bankos” Banks, captain Barry “The Cousin” Hilton with Trevor “Delicious” Noah, Nik “Bokkie” Rabinowitz, Loyiso “Laduuuma” Gola, Marc “Long Shot” Lottering and Kagiso “Kaka” Ladiga.

The Daily Maverick chatted to Vlismas – who, incidentally, thinks Helen Zille is much more of a man than Sepp Blatter will ever be – about the bloody uhuru that’s supposed to happen five minutes after the last Fifa official has stepped into first class and is on his way home. Vlismas also talked about spooning with Mark Banks and why he bought a pair of pants in London with enough elasticity in the crotch to enable him to bungee jump off Beit Bridge.

Daily Maverick: Did you hear about the uprising after the 2010 Soccer World Cup?

John Vlismas: As far as the theory of a mass slaughter after the World Cup goes, the only slaughter I think will happen will be Bafana Bafana at the opening game. It will be like canned soccer hunting because they will be unable to leave the stadium until the last player has been gutted.

DM: How can the fearful prepare for a post-Fifa apocalypse?

JV: One must have a massive supply of baked beans because, as you know, if there are any survivors, hot air is very important. When the press comes to interview survivors we’ll need a lot of natural gas.

DM: Do you think SABC will afford us live coverage

JV: The SABC is an amazing building that seems to have defied gravity because by all the laws of finance and physics they should have collapsed by now. I think the SABC will cover the event live, but will probably default on the bill to pay for the production. So while they’ll have the footage we won’t be able to watch it because of their unpaid bills.

Watch John Vlismas on how to become a suicide bomber:

DM: What was it like playing in the Royal Albert Hall?

JV: It was a great honour to go to the Royal Albert hall and show Prince Albert my prince Albert.

DM: Which of your jokes got the best response?

JV: We performed largely to South African refugees who sacrificed chutney, Nik Naks and Marmite for double glazing, so it wasn’t about the jokes. They just heard our accents and a lot of them started crying and experiencing nostalgia for open spaces and fresh air.

DM: Are you allowed to swear in the Royal Albert Hall?

JV: I don’t know if you are allowed to swear, but I fucking did.

DM: What’s this about the pants you bought with enough stretch in the crotch to bungee jump off Beit Bridge?

JV: I finally found some pants that could house my larger-than-life personality. And I am very grateful for that. I may be 5 foot 7, but so are Shetland Ponies.

DM: You travelled to London with Mark Banks. What was that like?

JV: Mark Banks is my illegitimate mother and there was a lot of reading and a lot of silence. I have spooned with Mark Banks before and this is well documented, but we found it really difficult to spoon on British Airways.

DM: Aren’t you scared that by calling yourselves Bafunny Bafunny people could confuse you with Bafana Bafana?

JV: I don’t think it’s much of a muddle to confuse a bunch of comedians with a soccer team that drew with Iraq.

DM: What do you think of Bafana Bafana’s chances?

JV: While I am a patriot, I’m also a realist. I think their chances are pretty good at bussing tables for other soccer teams.

DM: Did you know that Australia’s team is called the Socceroos?

JV: Yes I have heard about that, and this is why even wild animals will stab Australians to death underwater if they get the chance. Stingrays do to Australians what Australians do to the English language.

DM: What do you think of Sepp Blatter?

JV: I think if ever there was a legitimate crook that ran the largest mafia organisation known to mankind it would be Sepp Blatter.

DM: Did you hear that Helen Zille is handing over the Cape Town stadium to Fifa?

JV: I have heard about this and I must say that the lady handing the stadium over is more of a man than Sepp Blatter will ever be.

JV: It possibly could be Manto Tshabalala-Msimang, the former health minister who died. That’s not even satirical, that’s real. If she and Patricia de Lille ever had a baby together and Zapiro was the godfather, well then that would be my favourite politician.

DM: What’s the difference between Jacob Zuma and Julius Malema?

JV: The only way you can tell them apart is through their sperm count. The president has a far higher sperm count.

DM: What do you think of Malema’s new song “Kiss the boer, Kiss the farmer”?

JV: Like Elton John’s “Goodbye England’s Rose”. He didn’t change the song, he just changed a few words around to push his career a little bit further. What you need to remember with Julius is that the tune hasn’t changed.

DM: Did you hear that the ANCYL is threatening to make the Western Cape ungovernable?

JV: Breaking a few toilets down hardly makes things ungovernable. But perhaps getting rid of toilets for the ANCYL is quite a good move because they are so full of it.

DM: Would you ever draw a picture of Muhammad?

JV: Apparently God is in everything, so by that logic every picture would be a picture of Muhammad.

Bafunny Bafunny are at Cape Town’s GrandWest Arena on 28 & 29 May; at Durban’s International Convention Centre on 2 June; and at Carnival City’s Big Top Arena in Joburg from 3-5 June. All shows start at 20h00.