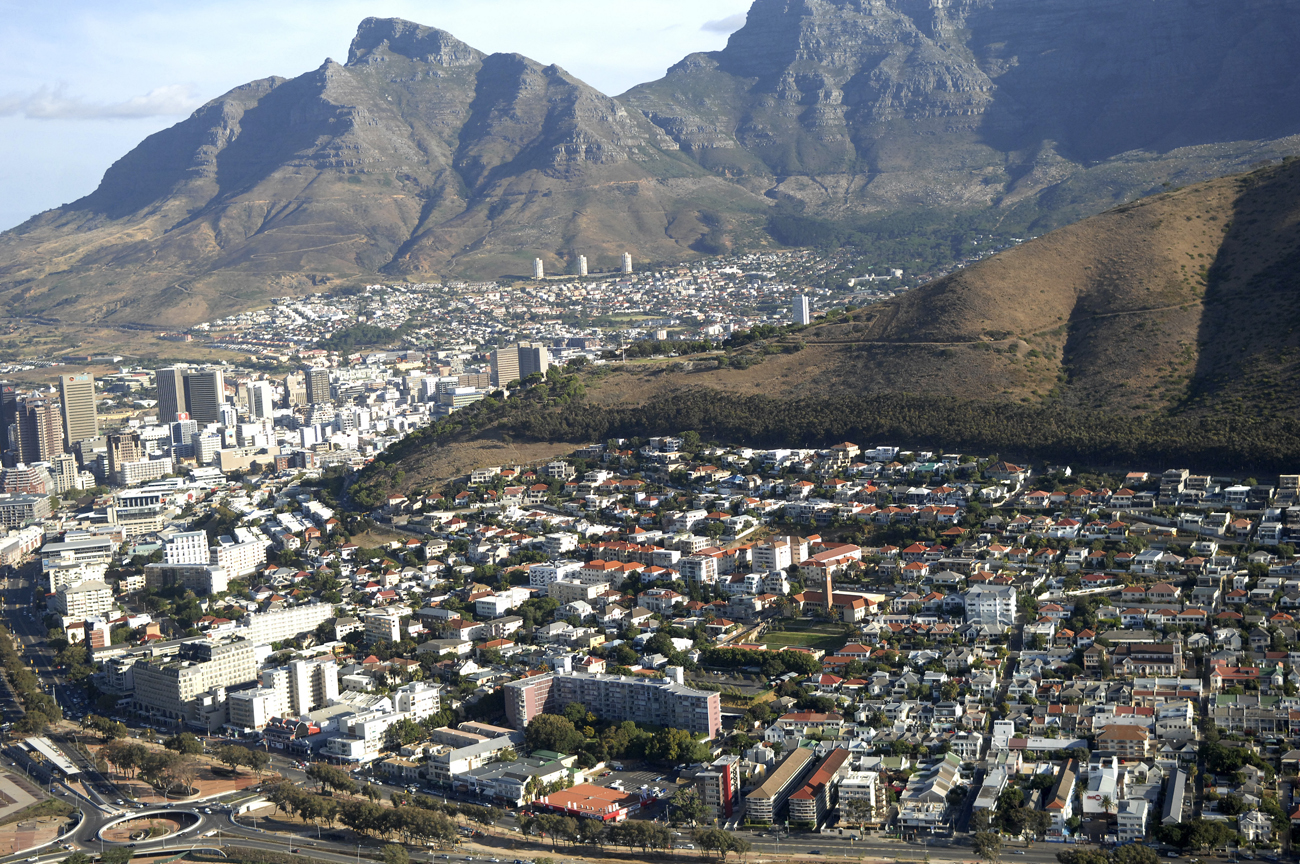 Sometimes when writing about politics, the only person you can turn to is that well-known observer of The Force, Yoda. And if he saw what’s happening in Western Cape, he would no doubt repeat his famous quote, “Fear leads to hate, hate leads to anger, anger leads to…suffering”. Much fear he would sense in the ANC in that province at the moment. Mmmm.

What else could be driving it to resort to public violence and vandalism. On the face of it, people forced to live in the area of Makhaza in Kayelitsha have every right to be angry. No one likes to have to do their private business in a public bog. And for the City of Cape Town to build toilets without any kind of protection from the elements was probably a political mistake. Yes, there was an agreement with the community that the city would build the lavatories and the people would build the walls, that all makes perfect sense. But the City should have known it was never going to work out like that.

It was the chance the ANC had been waiting for. At last, after all this time, a chance to jump down the DA’s throat about something. They’d had to wait for quite a long time after all, which perhaps says more about the pothole-infested “World-Class African City” than it does about the DA.

In the end the city went in and installed some corrugated iron shelters. Not great, no windows or anything like that, and the smell must have been horrific, but there we are. The mayor Dan Plato went himself to make sure it was done good and proper. He’d taken the precaution of making sure the residents were as happy as they could be over the affair.

But members of the ANC Youth League, people who also say they’re from a group living in the area, went in and destroyed the enclosures. Interestingly, as far as we know, none of them was arrested, but there is footage and pictures aplenty of the ANC’s new form of “direct action”. Now that same group of pacifists is urging the youth to “vandalise the city”. They want to make it ungovernable. That’s how they’re going to take out the Death Star.

Now, before we get on our high horse and point out that this is not the best way to win friends and influence people in a democratic state, there is a dispute over a few facts. Most media reports quote residents that weren’t happy with corrugated iron, but said it was better than the windy dumps it replaced. The ANCYL’s people dispute that. Their argument, as cogently as we can put it, seems to say that because the majority of these residents were opposed to the structures, they must be destroyed because majority rules. These are the people who miss the “constitutional” part of the constitutional democracy in which we live. So if all the right-handed people in the country wanted to kill all the left-handed people, that, according to this logic, would be perfectly fine.

The national office of the League says this isn’t true. Well, we think that’s what it’s saying, because its “spokesman” Floyd Shivambu had a brief conversation with the unfortunate Sapa reporter who was asked to call him. Being his usual eloquent self, he asked “how can you call yourself a journalist?” before saying “how can you tell such lies?”. So he’s on the ball then.

We must just mention at this point that to speak of one ANC in the Western Cape is a bit of a misnomer. It’s a party that’s balkanised. There are massive problems within the ANC there. It’s hugely divided and that means we cannot presume this action has the backing of most, or even many, of the party’s members in the province.

In this case it seems the law, allied to the strong force that is Helen Zille, will probably prevail. With a bit of luck, the residents themselves will find a way to deal with the youth.

But this is just one incident. You have to ask how it is that so much is going so right in Cape Town that the ANC has to resort to trashing toilets. Is there really nothing else it can pick on? And to accuse the DA of racism just doesn’t wash any more. We get the feeling that middle-class black people actually just ignore that claim. Slowly, more and more people in this country are beginning to see race as not the prime determinant of their opinion.

Now, think about this. In Gauteng, Premier (for now) Nomvula Mokonyane has just finished her “Quality of Life Report” on Gauteng’s municipalities. No, Joburg didn’t win. Midvaal did. And, guess who controls Midvaal? The party’s name means “yes” in Russian. So one presumes Midvaal will be run by the DA again after next year’s elections.

We think the Western Province will too. To pick on an issue of toilets is not going to win you an election. It’s 50 toilets in one place. What it will do is demonstrate how scared you are. How, in the Western Cape, the ANC needs to accept more of Yoda’s wisdom, that losing, like “death, is a part of life”. We’re not sure it will.

The better run Cape Town is, the more apparent will be the disarray in Johannesburg and Pretoria. The opposition-run Western Cape could be the shape of things to come.  Eventually, the silent majority will wake up one day and realise that they care more about who provides good infrastructure, safe streets and well-run schools and hospitals than about politics of race and conflict.

That is the day our ruling political elite fears the most.