Africa Progress Report: Some good, some bad and some do...

Africa Progress Report: Some good, some bad and some downright horrible news 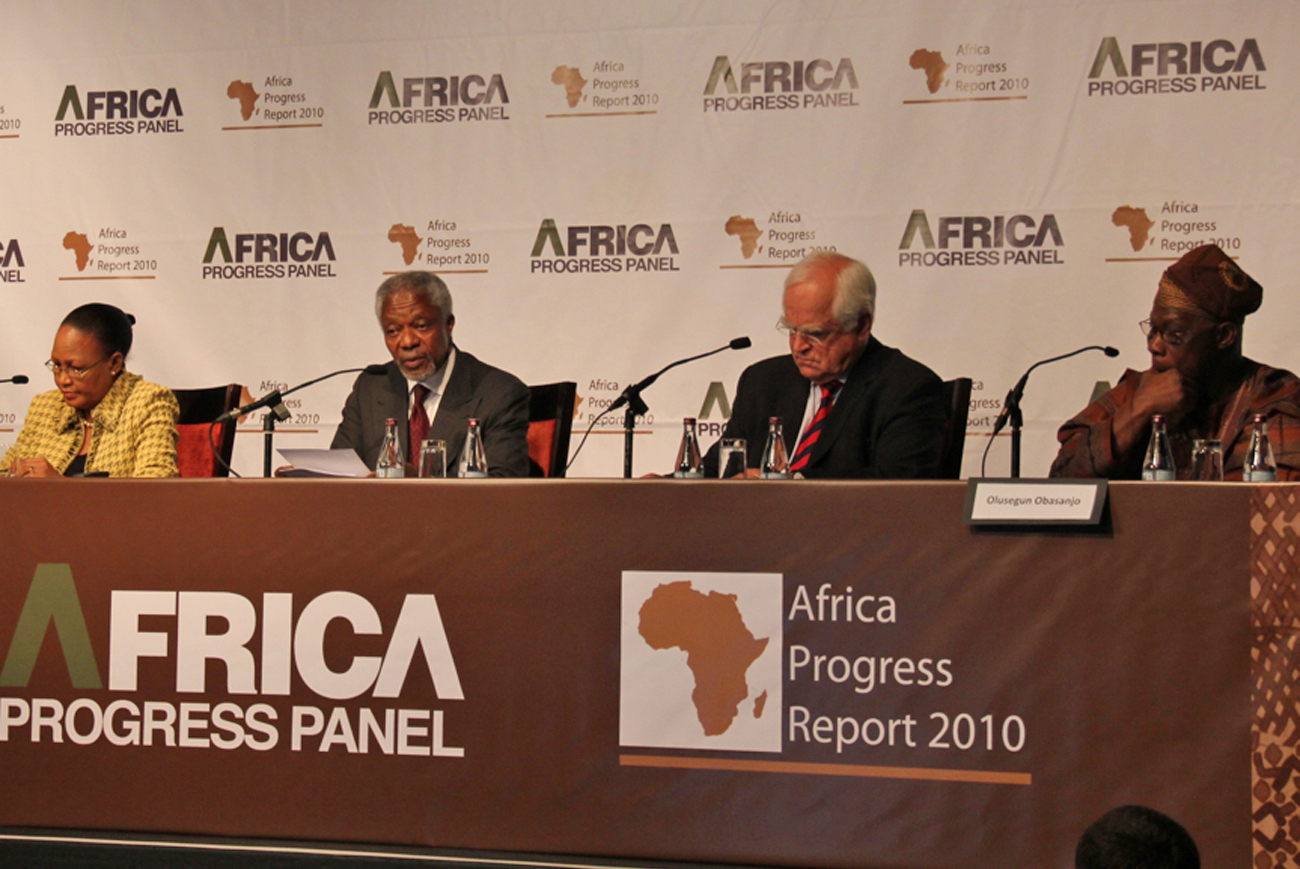 The Africa Progress Report (the 2010 edition was released on Tuesday) brings nothing new into the world. But by combining a vast amount of existing data, it provides a unified view of the continent. And, even amid all the celebrations of Africa Day, that view has a very long way to go before it approaches the possibility of some day being pretty.

Sometimes it is useful to compare different parts of Africa, both to illustrate problems and raise questions. Questions such as: How can it cost almost twice as much to transport goods between Chad and Cameroon as it does to transport those same goods between South Africa and Angola?

Sometimes it is illuminating to compare African countries to the rest of the world. In South Africa a horrifying quarter of all adult woman report having suffered physical abuse by a man. In Nigeria that number jumps to an unbelievable two-thirds. Or perhaps not that unbelievable, when you see that 80% of Pakistani women and 70% of those in Russia report such abuse.

That is the kind of view the Africa Progress Report offers, and putting the numbers (all drawn from official reports and statistical sources) in that kind of context can be illuminating.

Yet even its high-powered panel admits that Africa is such a diverse place that generalisations are close to meaningless, and the recommendations the panel offers range from common sense to the ridiculous.

Take one of the key recommendations of the 2010 report: “Success in fighting poverty and inequality is essential for durable progress and stability; we call on African leaders to use their armoury of fiscal and social policy instruments to prioritise public goods and services that benefit and create opportunities for all citizens.”

To which the most intelligent response is: Well, duh.

On the other hand, the 2010 report also maintains that “women need to be at the centre of climate-proofed development strategies” because “impacts of climate change are not gender neutral”. Which, though justified through a range of arguments that would make a gender-studies major cry, come perilously close to paranoid ravings that the weather is out to get women because they have displeased the mighty thunder god Thor.

However, the panel does allow the various elders that sit on it a platform to express views they could not express while in high office – not without causing a diplomatic incident or two.

“I think it is unfair on the poor to have a huge conference and big press conferences and make declarations about payments, transfers and development assistance, which is then not delivered,” said chairman and former United Nations chief Kofi Annan on Tuesday. “And we can’t even get them to indicate disbursement schedules.”

Annan was echoing the criticism by fellow panel member Bob Geldof on the failure of G7 nations to actually give the aid they promised at the Gleneagles summit in 2005.

Or take former Nigerian president Olusegun Obasanjo’s subtle criticism of the focus on terrorism. One area the report fails to address, he says, “Is the area of personal security. Of kidnapping, hostage taking, human trafficking, and piracy… And I believe that the same way that the issue of terrorism is being dealt with is the way that these new, pernicious crimes against humanity should be dealt with. There should be national commitment to dealing with them, and international commitment and cooperation to rid us of these new menaces in Africa.”

Sadly, though, these are essentially personal comments that are considered with not much more weight than, say, Obasanjo’s revelation that he once struck a crucial deal with a political leader in the bedroom (as opposed to in the glare of the media). In its official form, the report is not nearly as forthright.

The full report is available online at the Africa Progress Panel site.