View from London: How Brits perceive the SA World Cup

View from London: How Brits perceive the SA World Cup 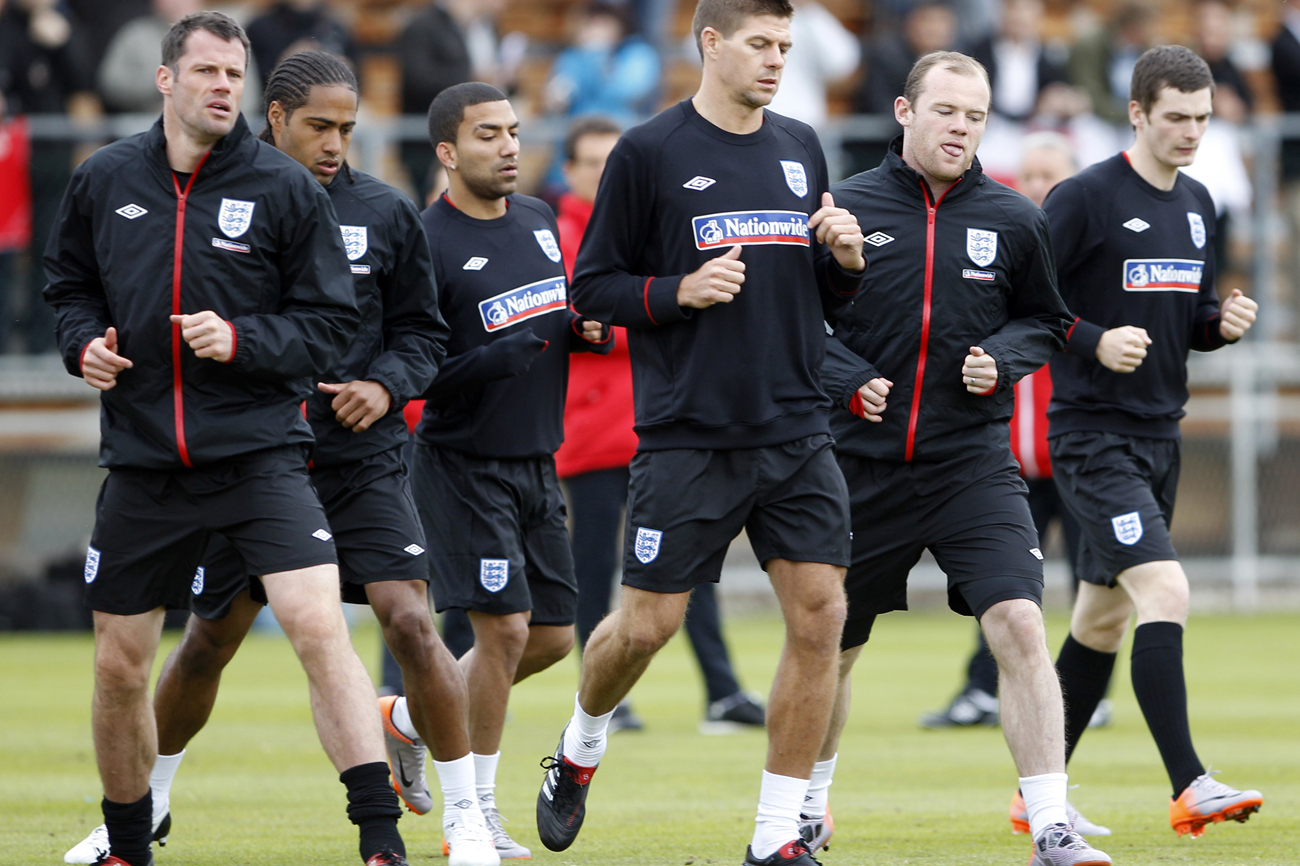 There’s been talk that on the streets of one of the most football-mad cities on Earth, interest levels in South Africa are unprecedented. But with less than three weeks to go until the World Cup kick-off, that seems not entirely to be the case.

At the Rising Sun pub on the corner of Tottenham Court Road and Store Street in central London there are cardboard cut-outs of footballers in the windows. Half-a-dozen cheap colour photostats of the St George’s cross surround the players, and if you look closely you can just make out the edges of the South African flag on a cheap sign that advertises the pub’s ownership of satellite TV. A short stumble down Tottenham Court Road, at The Jack Horner pub (corner, get it?), the proprietor has spent a few more quid. He’s got life-size cut-outs of footballs along the bar counters, and on them the South African flag appears in its full glory. If I was staying in London a bit longer, I know where I’d be watching.

But issues of national pride aside – it’s the whole point of the exercise, I suppose, that the sight of one’s own flag exerts the strongest emotional pull – there’s a question here: what does World Cup fever look like in England’s major metropolis less than 20 days before the opening game?

“Not great” would be a fair answer, if you were basing your opinion on what you saw on the streets. Aside from the half-baked and not-so-half-baked efforts in the pubs, a growing (but relatively small) percentage of London’s drivers are starting to fly the St George’s cross from their cars. For obvious reasons – sponsorship, advertising, broadcast rights – it’s still in the media that the real excitement is being generated.

The break-out piece of paid-for media on Britain’s TV screens right now is the Nike “Write the Future” advert, and the full version, at slightly over three minutes, is nothing short of brilliant. It opens with Didier Drogba on a blistering run down centre-field; he beats the keeper and the ball’s heading for the net, and on the streets of Africa we witness wild cheering, but then Fabio Cannavaro of all people comes out of nowhere to clear it from the line with an impossible bicycle kick (tough break, Africa). The stage set, we soon get to the crux: Wayne Rooney and England. His pass gets intercepted in the dying minutes, the stock market dives, riots break out. But like Rocky (or someone), Rooney makes a comeback from the bleak caravan park to which he’s been relegated. He gets knighted, the stock market soars back up, all boy babies born in England are named “Wayne”, he beats Roger Federer at table tennis, and for good measure there’s a final clip involving Cristiano Ronaldo and Homer Simpson and a penalty.

You get the picture. England rate highly their chances of winning the 2010 World Cup, the nod to Ronaldo notwithstanding.

In terms of South Africa’s ability to host a successful and safe tournament, there is less consensus. For months, the UK tabloids have been outdoing each other with their tales of devastation and violence; to visit South Africa, goes the dominant narrative, is to put your life in the hands of murderers and thieves. The more respectable conservative and middle-of-the-spectrum papers, such as the Telegraph and Times, haven’t deviated much from this message – they just deliver it in more complex sentences. It’s really only the supporters’ groups, like the one The Daily Maverick covered last week, and the left-leaning Guardian who are remaining sensible and non-alarmist.

On Saturday the lead story in the Guardian review section was titled “Football’s Goldmine” – it was a nuanced piece that acknowledged the country would stage a smooth World Cup, yet it argued convincingly that African development would take a backseat to European elitism.

“[Fifa’s] showpiece still conjures up a vanished world in which Europe is at the heart of everything,” David Runciman wrote. “This is not just because half of all the teams taking part are European. It’s also because many of the leading South American players, and almost all the leading African ones, play in Europe. The fact is that the decaying powers of Europe remain the driving force behind the global game. Countries that are watching their real economies totter – Spain, Italy, England – are still sustaining vast, bloated football economies that fuel the planet’s appetite for the sport. Africa is now a part of this money machine, but it has little or no control over it.”

Which would perhaps explain why, from London, South Africa seems as far away as it always did.