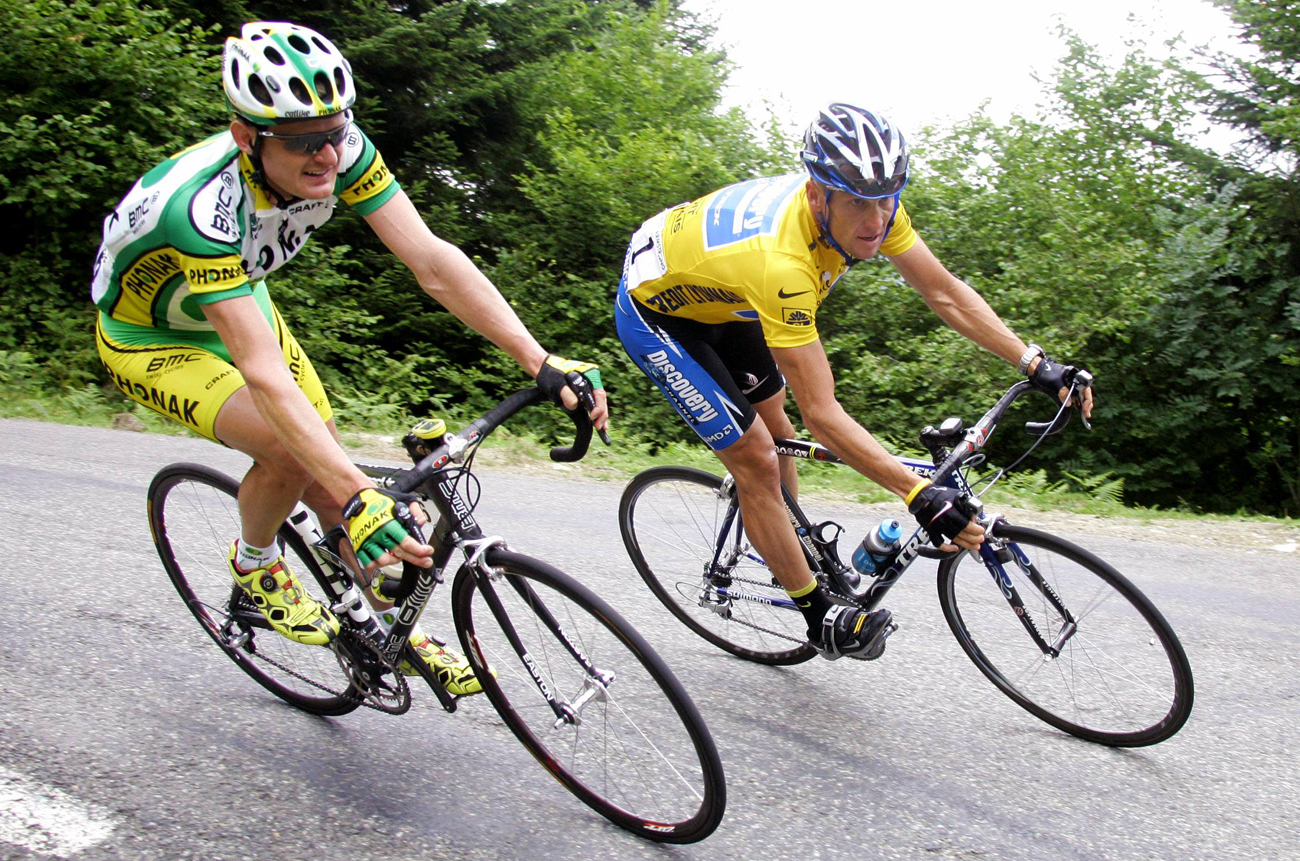 Over the course of his illustrious career, Lance Armstrong has faced dozens of accusations of doping – and he’s beaten them all. The latest, published in the Wall Street Journal, comes from former team-mate and disgraced Tour de France (non)winner Floyd Landis. Should Lance’s fans be worried?

This has happened before. In 2004, journalists Pierre Ballester and David Walsh published LA Confidentiel: Le secrets de Lance Armstrong, in which two people alleged that they had direct knowledge of the cyclist’s drug use. The first was Emma O’Reilly, Armstrong’s former masseuse, who claimed she had seen him dispose of syringes and conceal needle marks on his arms; and the second was Steve Swart, a former team-mate, who claimed both he and Armstrong had started using performance enhancers in 1995. Armstrong sued the UK Times and newspapers in France for reprinting the allegations, and won on all counts.

In March 2005 a former employee claimed he had discovered a box of Androstenone in Armstrong’s apartment in Spain, but Androstenone turned out not to be a banned substance. Five months later, L’Equipe, the leading French sports daily, reported that frozen urine samples taken from Armstrong during the 1999 Tour de France tested positive. But, as Armstrong pointed out, the article also admitted that the science was not perfect and that the cyclist had no way of defending himself. The following year, during a litigation case where Armstrong was suing a sponsor for breach of contract, witnesses gave testimony that in 1996, prior to undergoing surgery for cancer, he’d admitted to his doctor that he’d used steroids, EPO and growth hormone. The case was settled out of court and the LA Times reported that the doping allegations were “questionable”.

The above are just a few of the public accusations involving Armstrong’s drug use over the course of his career. There have been many more, and not one of them has stuck. Now, having recently emerged from retirement to raise funds for his cancer foundation, the man who holds the all-time record for Tour de France wins faces yet another battle with his detractors.

On Thursday the Wall Street Journal published an article with the following lead paragraph: “Floyd Landis, the American cyclist whose 2006 Tour De France victory was nullified after a positive doping test, has sent a series of emails to cycling officials and sponsors admitting to, and detailing, his systematic use of performance enhancing drugs during his career. The emails also claim that other riders and cycling officials allegedly participated in doping, including seven-time Tour de France winner Lance Armstrong.”

In the body of the article, the WSJ focuses on one of the mails in particular. Dated April 30 and addressed to the president of USA Cycling, Landis alleges that Johan Bruyneel, Armstrong’s longtime coach, introduced him to steroid patches, blood doping and human growth hormone when he first joined the US Postal Service team in 2002. The mail claims that Armstrong helped Landis figure out how to take the drugs.

“He and I had lengthy discussions about it on our training rides during which time he also explained to me the evolution of EPO testing and how transfusions were now necessary due to the inconvenience of the new test,” Landis wrote.

The same mail also alleges that when Landis broke his hip in 2003, he flew to Spain and had two half-litre units of blood extracted for use during that year’s Tour de France; the extraction, Landis claimed, happened in Armstrong’s apartment, where there was a fridge containing the blood bags of both Armstrong and former US Postal Service member George Hincapie.

In the last few hours, the WSJ story has been picked up by news organisations across the world. Armstrong has not yet commented, but Hincapie has denied the allegations. On the surface, it seems there are two major points in Armstrong’s favour. Most important is the WSJ’s acknowledgment that “Mr. Landis’s charges couldn’t be independently verified.” Then, of course, there’s the issue of Landis’s credibility.

From the day he was stripped of his 2006 Tour de France victory for testing positive for elevated levels of testosterone, Landis has repeatedly denied that he ever took performance enhancing drugs. Thing is, unlike Armstrong, he was found guilty of doing exactly that. Which begs the question: why’s Landis “coming clean” now? Either he’s incredibly bitter that his old team-mate has a reputation as one of the greatest cyclists of all time, and so he’s fabricated a story to bring the man down; or he’s telling the truth, and Armstrong is nothing more than the world champion at getting away with it. Here’s hoping it’s the former.