Big winners, big losers and big confusion after US prim... 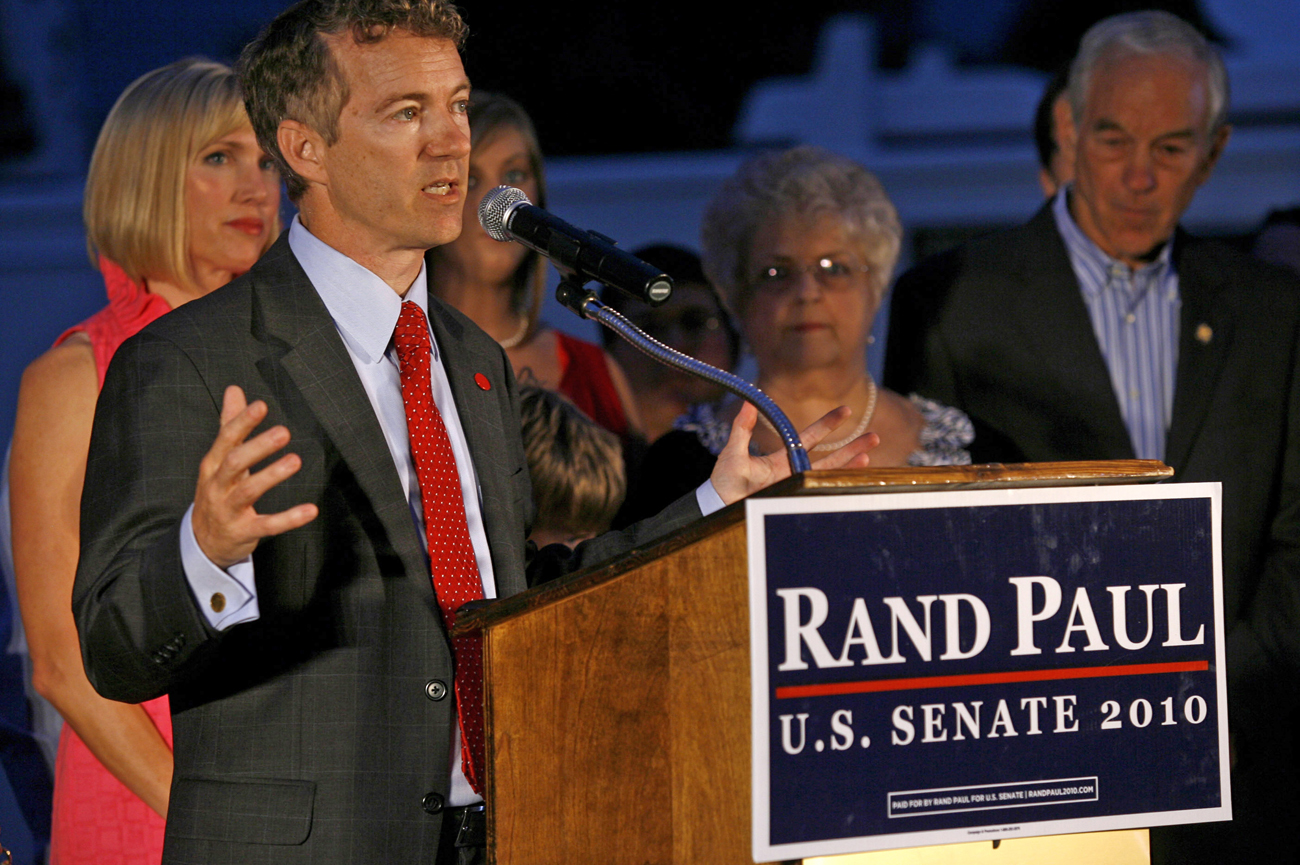 Maybe the clearest message to be read from the choices made by American voters in various US primaries on Tuesday was to many incumbents: “We’re just not that into you - and we’re not very happy with what you’ve done for us.”

However, the difficulty is in divining precisely what annoyed them the most and just who is being held responsible. But what did not happen on Tuesday was something at least some Republicans were praying for – a full-scale revolt in favour of the favoured candidates and the positions of the so-called Tea Party movement, the angry anti-government populist protest with connections to the Republican right and America’s small, but vocal libertarian movement.

In Pennsylvania, for example, the 80-year-old, long-time Senator Arlen Specter went down 54% to 46%, in the Democratic primary to the younger two-term congressman (and retired admiral) Joe Sestak. But much of the blame for Specter’s defeat seems to have been due to his very recent conversion to the Democrats and voter distrust of his motives in doing so, after being elected for decades as a moderate, albeit fairly smarmy, Republican.

A particularly telling television campaign ad from the Sestak camp showed former president George W Bush saying he could always count on Specter, then a proud Republican. For Specter, the ad then worsened, quoting Specter that he had switched parties so he could win re-election. Come November, Sestak will now face off against conservative former congressman Pat Toomey who won the Republican nomination. This race will almost certainly be one of the headline contests that may determine continued Democratic control of the Senate.

On the other hand, in the Kentucky Republican primary for the senate nomination, Rand Paul, the eye doctor, political newcomer, son of sometime presidential candidate and Republican/near-libertarian Texas congressman Ron Paul, actively courted tea party activists as part of his defeat of the Republican Party leadership’s handpicked candidate, Trey Grayson.

Paul’s victory over Grayson was a rebuke to the party’s senate minority leader, Mitch McConnell who had specifically recruited Grayson into the race after he had managed to push an aging, querulous incumbent senator, the former baseball star, Jim Bunning, into retirement out of fear Bunning would lose the seat to the Democrats. Paul campaigned outside small rural general stores and down home-style, local restaurants – but his victory party took place at an exclusive country club, the kind frequented by mainstream Republicans. Go figure.

The only common denominator so far appears to be a rejection of incumbency. However, in seeming contradiction to this trend, Democratic candidate Mark Critz won a sharply contested by-election to serve out the remainder of the late John Murtha’s congressional term. Murtha was the long-time, powerful representative from southwestern Pennsylvania. Critz was Murtha’s senior staffer and he seems to have won by promising to deliver the same level of constituent support and to keep bringing home the bacon. That’s usually a tough thing to beat.

And so it was in this case too, even though this nominally Democratic congressional district has been trending Republican for some years. The two political parties spent about a $1 million apiece on the race – in addition to spending by the candidates – and they had highlighted the race as a possible portent for the mid-term election in November when the entire membership of the House of Representatives, all 435 seats, will be up for grabs.

Meanwhile, in Arkansas, Democratic Senator Blanche Lincoln now has to face a second primary as she failed to surpass a challenge from the state’s Lieutenant Governor, Bill Halter. Halter drew on dissatisfaction by unions and other strong Democratic supporters who felt Lincoln was insufficiently in favour of the Obama healthcare plan and similar issues. This will not be particularly good news for Democrats as this internal battle will sap energy and draw down money that otherwise would have been used to hold off a Republican challenger in November.

Tea party activists and their allies can take some heart, however. They had their evident impact on the Kentucky race, their success in pushing incumbent Senator Bob Bennett in Utah off the ballot as insufficiently conservative and apparent success in driving Florida Governor Charlie Crist right off the ballot there – he’s now going to run as an independent – in his effort to gain the senate nomination. The Republican candidate will now be the young, Cuban-American, rightwing and movie star handsome Marco Rubio. Don’t say The Daily Maverick didn’t tell you to watch out for new, young Hispanic Republicans some months ago.

Nearly 10% unemployment, a still-stagnant economy only now emerging from the Great Recession and Congress’ bail-out of Wall Street in 2008 have all fuelled voter unease. One major TV network’s survey showed only 33% were optimistic about the economy – a sign of a still-sour mood among the electorate, whether they voted on Tuesday or not.

Meanwhile, that old evergreen, a really juicy scandal, forced Indiana Republican congressman Mark Souder to resign after admitting he had been having an affair with a woman on his congressional payroll. And, not to be outdone, the Democrat’s Richard Blumenthal, the Connecticut attorney general shooting for a Senate nomination, has been caught out for greatly inflating his Vietnam War record. He claimed to have served in that war when he was actually in a Marine Corps reserve unit that never left the US.

Tea-party incursion or not, some things will never change.

Photo: Rand Paul gives his victory speech after winning the Senate Republican primary election in Bowling Green, Kentucky, at Bowling Green Country Club May 18, 2010. Rand Paul was surrounded by family and friends including his father libertarian Republican Representative Ron (R) and wife Kelley (L). Rand Paul, a doctor, beat Kentucky Secretary of State Trey Grayson for the Republican nomination for an open U.S. Senate seat in a race seen as an early test of the strength of the movement. REUTERS/Jake Stevens