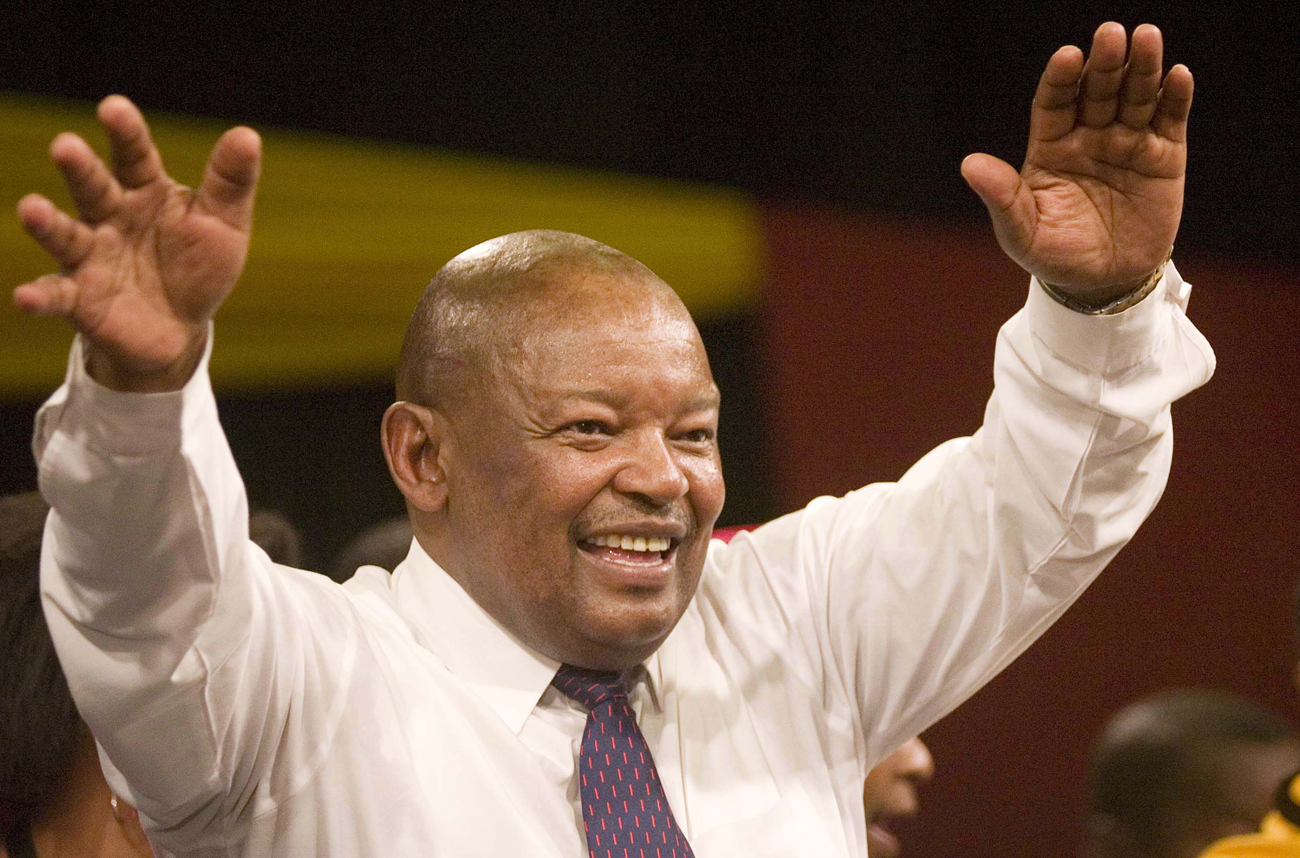 Every time you mention the word “Cope” these days in Luthuli House, surely there are swells of laughter. For once, their predictions are coming true. They said Cope would fall apart. They said Lekota and Shilowa would fall out. And they said it would be a one-election party. How right they were.

You may be forgiven for thinking the Congress of the People is gone, kaput, an expired party, because you may just be right. These days, we’re treated to a wonderful sight of Charlotte Lobe, the party’s secretary general, telling a press conference that everything’s ready to go for the party’s inaugural congress later this month. She’s done the audit, the numbers add up, and the branches are able to choose their delegates, all’s cool and composed. And then we have the party’s leader (nominally) Mosuioa Lekota who says she’s wrong. He wants the conference delayed again. He says, and he puts it well, that if it goes ahead now, “The branches will leave more people behind than those who will vote”. In other words, any result will simply not reflect the views of the party’s members.

We’ve said it before, and we’ll say it again. Whoever controls the accreditation process at an election, wins. It holds true for all conferences. (There’s been one exception, Polokwane, which required the tsunami of support for the then deputy president Jacob Zuma.) If you don’t control it, you’re just not going to win by fighting City Hall. And in this case, Lekota doesn’t control the accreditation – not a good position to be in.

It’s obvious that Lobe and Co. want to have the conference now. Which means they know the numbers add up in their favour. We mean Shilowa’s favour, as it is clear he has the congress working committee locked up tight.

And here’s how they’ve cooked the books. The Mpumalanga branch of Cope says it’s boycotting the conference. Oh, look, according to the CWC they only have 57 members in the province. Yes, that’s right, the whole province has just 57 Cope members. So that means they get 1.7 delegates to the conference. And yes, before you ask, Cope in Mpumalanga is behind Lekota. (For the sake of clarity, Cope’s current, and soon-to-be-former, provincial secretary claims they actually have more than 1,000 members.)

The whole process didn’t please the Free State members, who also decided to boycott the party’s inaugural congress. Free State’s 162 delegates probably would have voted for, you guessed it, Lekota.

The Eastern Cape, according to the CWC, has more than 22,000 members out of Cope’s 76,000 or so members. Which means they control the conference. And the Eastern Cape is, yes,  behind Shilowa.

We now need to start asking questions about why this flameout is happening. The big lesson is that South African political types, apart from the DA, have huge issues with accepting defeat. They find it difficult to unite around a common purpose, rather than a common leader. If their leader loses, they lose interest. Or they just get fired up and fight back, irrationally and not exactly intelligently. They can’t just get it that the purpose, the idea, the point, is not about them personally.

It’s about the low Emotional Quotient of our politics. The lack of experience, sure, but also about our politics being riven with men and women who can think only of themselves. The ego trumps the idea, the vision, the mission. And chuck in the identity politics that determine that people still vote according to their racial identities, and you have a recipe for, well, the domination of egos over delivery, vendetta over reason.

Think about how people voted for Zuma rather than for his policy, for Mangosuthu Buthelezi rather than progress, and for a whole splinter of people in the PAC. And of how those people let the organisations fall apart over personal animosities

It’s perhaps no coincidence that in this swirling mass of political ego, the one party that is able to contain this problem, that is able to stand for an idea rather than a leader, is led by a woman. Interesting, isn’t it?

Now that Cope as we know it appears dead and buried, how long will it take for another party to form. For starters, in a couple of weeks, Lekota is bound to leave the party he helped create. Will he sit on the his hands and quietly retire? We don’t think so. Whatever new party he’ll create, it won’t stand much chance, but hell, it will be HIS party.

But where will the next party that kicks up the dust come from? Famously it was Thabo Mbeki who wrote in The African Communist in the 1960’s that any new political party in post-apartheid South Africa would probably come out of the ANC. He may still be proved right. As we know from ANC politics at the moment, virtually anything can happen.

And yet, it’s depressing to think there is still no post-racial party in this country, 20 years after the “abolition” of the apartheid as government policy. Yes, the ANC has whites among its top leaders and will jump at anyone who claims it is not a multiracial party. And yes, the DA is now probably the most racially integrated party. But really, there isn’t a party that doesn’t plot, plan and campaign along some kind of racial lines. In some parts of the ANC, as with the-ones-that-will-inherit-the-country, race is seen as a valid and potent political weapon and it looks like its use will only be intensified in the future.

Sadly, the post-racial party in South Africa will probably have to wait until our kids create and vote for it. Rather depressing, don’t you think?