US midterm elections: Candidates square off in countryw...

US midterm elections: Candidates square off in countrywide primaries 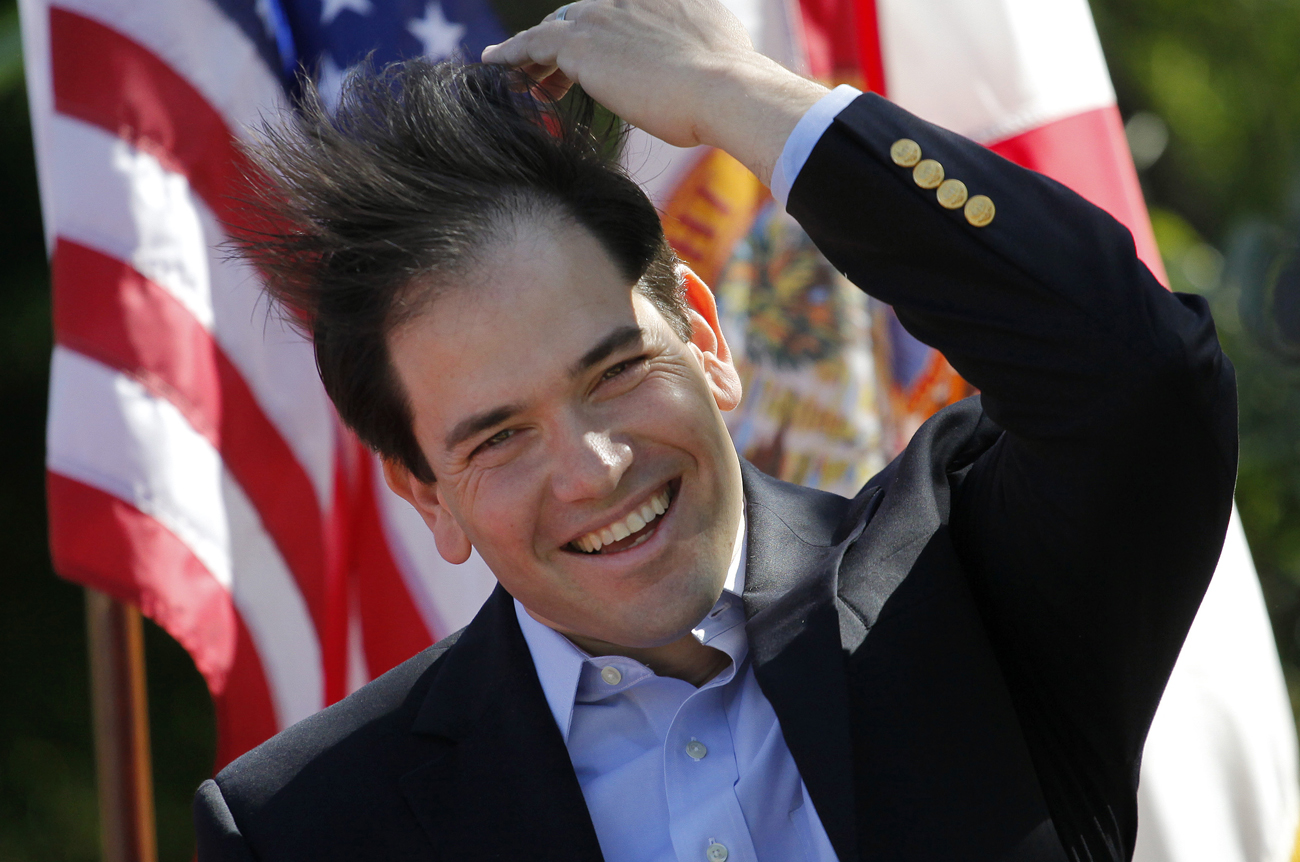 After all the hoopla, it may seem to us that the US has hardly finished its last election in which a certain Barack Obama made history, but Americans are already well into another voting cycle.

They have yet another chance on Tuesday on the long road towards the final selection of who will occupy a whole raft of local and national candidacies. This complicated and convoluted process is the result of what happens when there are a couple of hundred-thousand candidates at the various local, state and national. The result is pretty democratic, though it may not always be pretty. These preliminary elections, or primaries, determine the candidates from the two main parties, Democratic and Republican, and occasionally a third party, who will face off in the actual elections in November.

These primaries will, among others, be an early electoral test of the real strength of the so-called “Tea Party” movement. It will answer whether the 79-year-old, party-switching, now-Democratic veteran Senator Arlen Specter from Pennsylvania can survive both age and a younger, more vigorous retired admiral challenger, congressman Joe Sestak, and how the voting in an actual by-election, not a primary in this case, will work out in a largely rural, small town, southwestern Pennsylvania congressional district. The vote there is to pick a successor to the legendary Democratic congressman John Murtha, who died recently, with only a few months left in his term of office.

This latter contest has become a focal point for both parties who have poured millions of dollars into the race to chalk up a win in a district that is historically Democratic, but which has been sliding towards a Republican Party sensibility, according to polls. Murtha’s district actually voted for Republican John McCain in 2008 over Barack Obama. As the head of the Democratic congressional campaign committee, Maryland Democratic congressman Chris van Hollen described the battle as, “the kind of district that the Republicans have to win if their hype is to even begin to meet the reality on the ground”.

Van Hollen has publicly scoffed at Republican claims they will gain the 40 seats they need to seize control of the House of Representatives from the Democrats in the general election in six months. In fact, in Murtha’s district the Republicans’ final TV ad could be read as a tryout for their national campaign. It called the recently passed healthcare overhaul “disastrous”, it charged that the pending energy “cap and trade” bill will cost jobs and that the so-called Obama-Pelosi radical agenda will just make things worse than they already are.

Photo: U.S. President Barack Obama receives a standing ovation as he prepares to deliver his first State of the Union address to a joint session of the U.S. Congress in Washington January 27, 2010. One third of senators and all congresspeople are up for re-election in November. REUTERS/Tim Sloan

Once the results are in from all the races, party strategists, prognosticators, pundits and the rest of the chattering class will begin to parse the results for intimations about what will happen in November. Based on the results from Tuesday’s primary elections, the pros will be weighing the utility of themes for a November campaign that will still be dogged by the continued recession and signs of voter discontent with “politics as usual”. Key issues will almost certainly include competing economic prescriptions to lower unemployment (still hovering near 10%) and increase economic growth, the appeal (or lack of it) of Obama’s healthcare package and whether the Republicans can elicit support for their candidates from independents and Democrats.

Of course, the opinions of primary voters are not an exact model of the larger electorate. This year at least, polls indicate Republicans say they are more eager to vote than Democrats, and surveys seem to show Republicans are making some headway with the independent, non-affiliated voters who were crucial for winning in both 2006 and 2008, when Republicans first lost control of Congress and then of the White House.

But even the most media-hyped, controversial primary races rarely attract more than a fraction of the overall electorate. Historically, primary voters are significantly more partisan, overall, than the electorate that ultimately casts its ballots in general elections. American political parties are also much more decentralised than South African or UK parties – selection of candidates is district-by-district, electoral race-by-race, and, therefore, more a function of the electorate than any central party mechanism. Moreover, party discipline on its members and elected officials is relatively low. Positions of its candidates and their votes in congress, for example, can be, and often are, a function of personal opinions rather than party positions and decisions.

While the spotlight in Pennsylvania is on the interim election to fill the late John Murtha’s seat and Democratic Senator Specter’s effort to stay in office, in Kentucky, the focus is on the Republican primary for the nomination to replace ex-baseball star and increasingly quirky Senator Jim Bunning. Kentucky’s secretary of state, Trey Grayson, is facing Rand Paul, the son of libertarian Republican congressman from Texas Ron Paul. While Grayson argued he’s “not running to be the candidate of the tea party, I’m running to be the candidate of this Republican Party of Kentucky,” Paul said he welcomed support from the Tea Party – as well as normal voters.

Next door, over in Arkansas, moderate Democratic Senator Blanche Lincoln faces Lieutenant Governor Bill Halter. Halter has the support of the powerful Service Employees International Union that says it has been disappointed with Lincoln’s healthcare and union organising stances. A pro-business alliance, meanwhile, has jumped into the fray with an ad campaign that “thanks” Halter for exporting jobs while he has been in office.

Primary elections a few weeks earlier sent Republican Senator Bob Bennett of Utah and Democrat Alan Mollohan of West Virginia packing. Bennett’s defeat was particularly remarkable when such a Republican, conservative veteran was deemed not right-wing enough to represent all those straight-laced, conservative citizens in Utah.

If things were not weird enough, consider the northeast state of Maine. Often seen as a paragon of old-style, independent Yankee virtues of common sense and a rugged sense of individualism (writer-philosopher Henry David Thoreau once went there, after all, for two weeks of rough canoeing and camping to clear out the cobwebs in his thinking), that state’s Republican Party came up with a party platform that called for eliminating the Federal Reserve Bank, returning to the gold standard, killing the department of education and the Environmental Protection Agency, and much, much more. Though they declined to support the flat-earth theory, the invasion of Mexico, persecution of advocates of evolution and community book burning. Fortunately for the republic, partisan party platforms usually have rather less impact on officials in the US than they do in European democracies.

What to watch for then? Well, for starters, the percentage of voters will be important in gauging a real sense of voter dissatisfaction – or rage – with contemporary American politics and government. Further, if candidates such as Paul win some races, watch for hate-casters like Rush Limbaugh and the Tea Party-ists to lay claim to the Republican Party and to the defining issues of the upcoming general election. Finally, watch for after-election polling to identify the defining issues of why voters voted for whom. Was it unemployment, terror, Afghanistan or something else? Obama’s pollsters and spin-meisters certainly will be doing just that, right up to the Monday before November’s election.

Main photo: U.S. Senate candidate Marco Rubio (R-FL) smiles during a public event to sign the election documents to officially qualify as a Republican party candidate for the U.S. Senate during a event in West Miami, Florida April 27, 2010. REUTERS/Carlos Barria