Reporter's notebook: Get ready for the ANC national gen...

Reporter’s notebook: Get ready for the ANC national general council 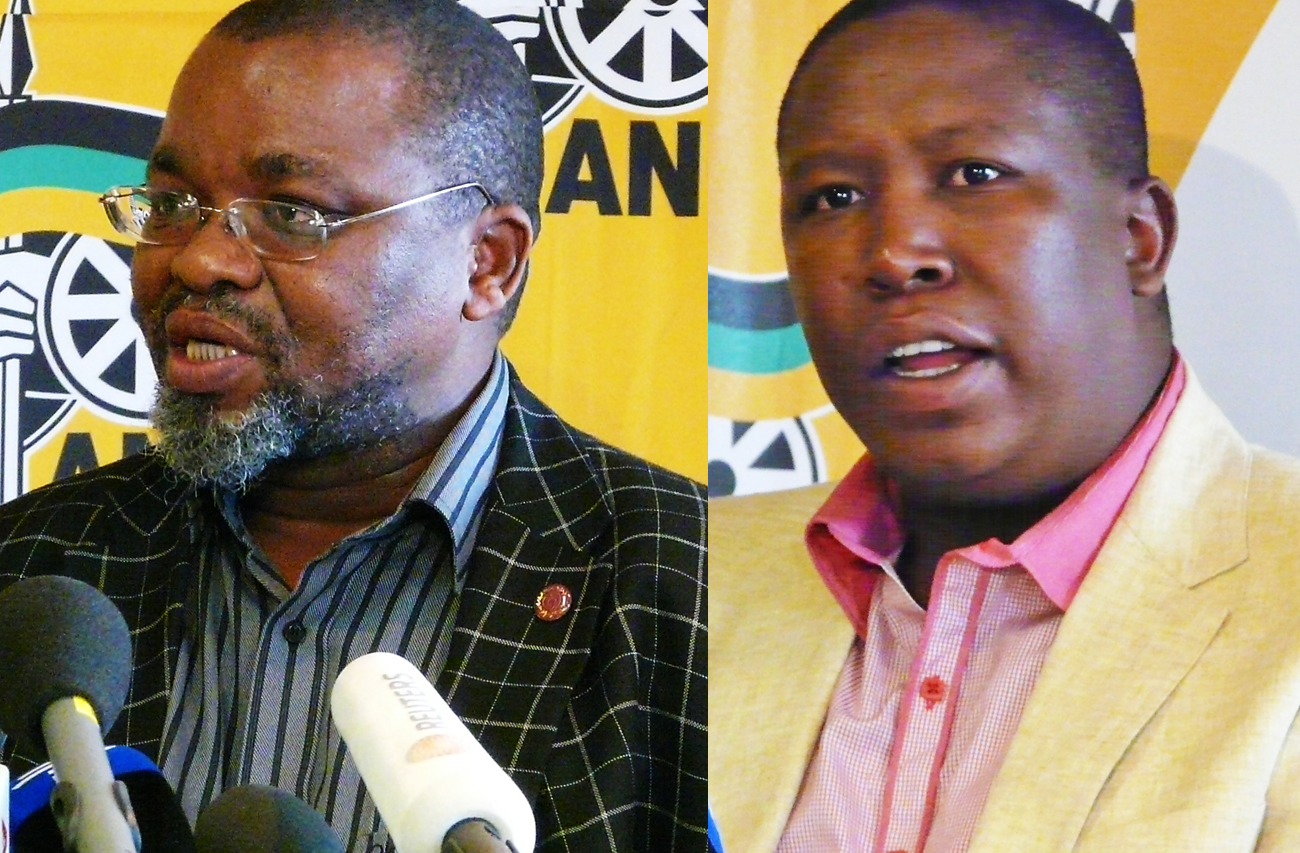 The ANC’s national executive committee, the group that really runs South Africa, says it didn’t talk about the sentence imposed on Malema at its big meeting this weekend. But, if it isn’t talked about, will the problem go away?

Is that true? Probably. Well, probably not officially. In other words, it was probably the big discussion point among everyone at the meeting. It just wasn’t discussed in the meeting, as in it wasn’t on the agenda, but on the sidelines, deals were done, proposals floated and ideas chucked aside.

Anyway, that doesn’t matter for now. What does is that we now have proof Malema doesn’t yet have the strength in the NEC to take on Gwede Mantashe.

At Sunday’s press conference, Mantashe actually whistled as he walked in. Yes, as in he didn’t have a care in the world. He likes to put on a little performance for the microphones, but still, he was particularly chipper this time. So it looks as if the Malema issue is just off the table. And for that to have happened President Jacob Zuma must have (a) been involved, and (b) come down heavily on Mantashe’s side against Malema.

But there are plenty of others waiting in the wings, all ready to weaken Zuma. As the ANC is asking everyone to behave nicely during the World Cup, perhaps even its own leaders will toe the line for a while. We’ll see.

The battle for control of the ANC is now moving to the national general council scheduled for 20 to 24 September (it is going to be fun). The ANC is now seriously going to look at its internal election procedures. You may remember that Baleka Mbete hinted at as much in her speech to the Gauteng ANC’s conference. Importantly, Mantashe also says he’s not about change the slate system, where people gather around one candidate and all run together. So everyone votes for the group of five or six, rather than for individual candidates. We think Mantashe is wrong, terribly wrong: As a result of the winner-takes-all approach, completely useless people, such as Gwen Ramakgopa, can be elected on the coat tails of the headliner.

Mantashe may be thinking it’s impossible to change the system, so there’s benefit in being a pragmatist. He may be right, but the slate system creates huge leadership issues for the party and, by default, the country. Mantashe would do the country a huge favour by tackling the problem, as difficult and unpleasant as it probably is.

But the Malema story is far from over, and it is bound to influence the NGC. As loud and boastful of his support as he is, Malema’s facing the fight of his life in the provinces. Witness what happened in Limpopo, where he had to use everything he could get his hands on, from the local police to the nearest available chair. In the Eastern Cape it appears he’s had to influence the accreditation process, to prove that ANC adage, he who controls accreditation, wins.

Malema may well win a few of these conferences, and he may even stay on as leader of the league. But when there’s a winner, there’s also a loser and, by bullying his way around provincial election processes, Malema is creating a lot of pissed-off losers. Sore, angry, well-resourced and hugely motivated losers. People who have an abiding passion being in politics. Young people who see a long political career in front of them.

Surely, it’s just a matter of time before one of them, or a group, decide there could actually be life outside the ANC. Particularly if Malema actually survives, and his career continues upward. That could be the inspiration and continued fuel for a group of people to keep fighting Malema.

Then there’s the matter of demography. All of these people, the ones pissed off by Malema in the league are all younger than 30. And that happens to be the start of our population’s growth point. In other words, there’s a large group of people at the right age to be led by these people.

It could be that Malema’s brand of supreme divisiveness is sowing the seeds of the next big splinter from the ANC. Perhaps. Maybe it is way too early to say, but still, you read it here first.