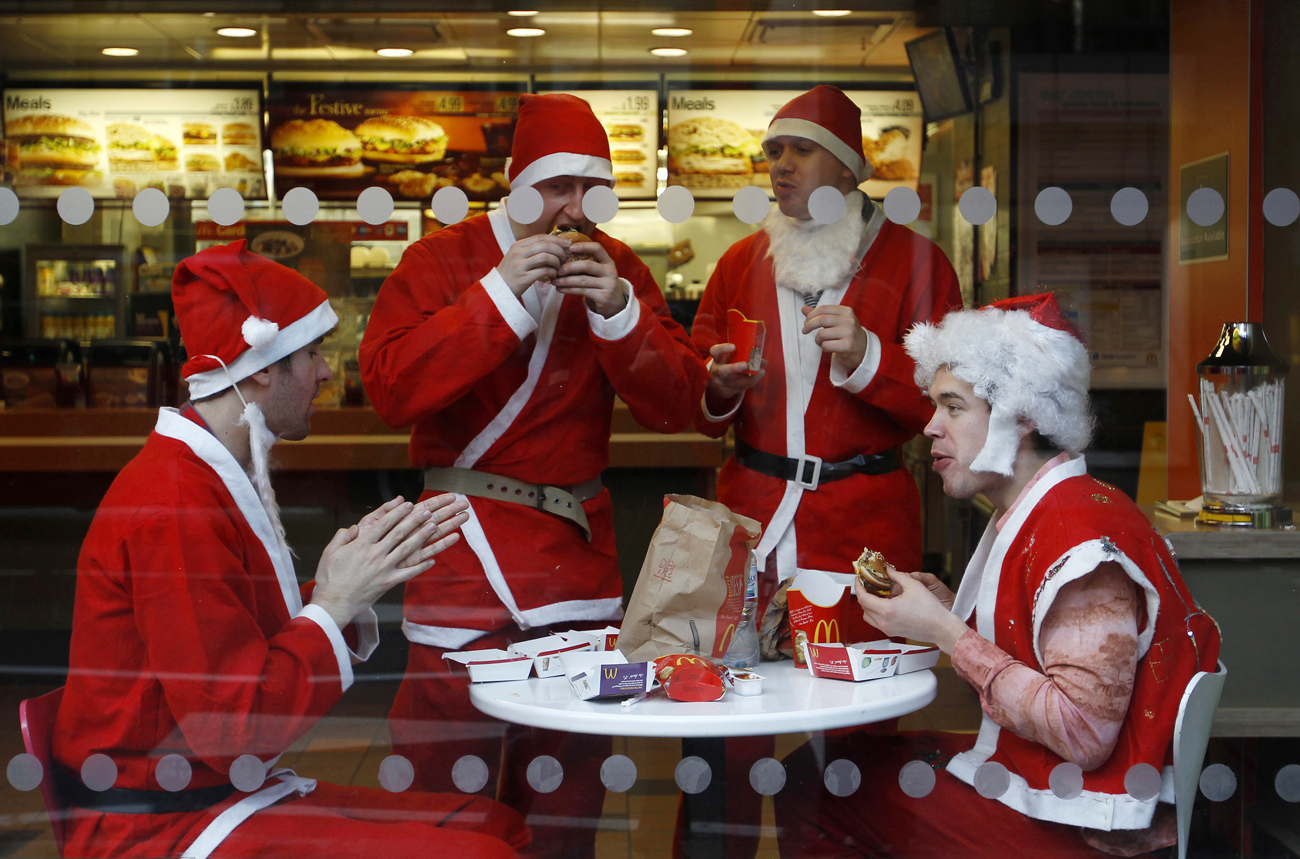 McDonald’s celebrates in its 70th anniversary with the news that Happy Meals are going to be a lot less happy in a California’s Santa Clara County. In a bid to stem what has been termed an “obesity epidemic”, officials in Silicon Valley neighbourhood have given the toy, chips and burger gig the chop.

On 15 May 1940, when Richard and Maurice McDonald opened up a “drive-in” diner in San Bernardino, California, the world was an easier place to do business. Remember, it was a time when doctors were used in tobacco advertising to proclaim that smoking toasted cigarettes was much better for your throat.

The McDonald brothers became successful in this naïve consumer culture largely because of their focus on speed. There’s a popular misconception that McDonald’s pioneered fast food, which is easy to appreciate, given the brand’s ubiquity.

McDonald’s didn’t invent fast food, they just used took an existing idea and made it better. The honour of bringing fast food to the world belongs to White Castle, a US burger chain founded in the 1920’s that recreated restaurant kitchens as food assembly lines and standardised methods so consumers could enjoy product predictability regardless of which outlet they visited.

In 1948 the McDonald brothers made the assembly line their own with the “Speedee Service System”, which was quite a gamble at the time. The brothers shut shop, simplified their menu and looked to the motor industry for assembly line clues on how to become smarter, faster and more standardised.

The result was so successful the brothers went through a boom and had to buy more equipment to make food faster. That’s how they met Ray Kroc, who bought into the fast-food dream and opened the first McDonald’s in Illinois. Kroc then persuaded the brothers to hire him as their franchise agent and, in a bizarre deal, they agreed to license the McDonald’s name to Kroc in exchange for a percentage of franchise sales. Photo: Ray Kroc in front of his first store in Des Plaines, Illinois.

Relations soon soured and by the early sixties Kroc had bought the brothers out and set his sights on global domination. Kroc was obsessed with standardisation and a McDonald’s mantra that stressed quality, service, cleanliness and value. Kroc famously said: “If I had a brick for every time I’ve repeated the phrase ‘Quality, Service, Cleanliness and Value’, I think I’d probably be able to bridge the Atlantic Ocean with them.” Together with Kroc’s understanding of convenience – that people just wanted an easy meal instead of a dining experience – uniform standards drove McDonald’s’ massive growth.

And today’s figures are astounding: McDonald’s has some 31,000 outlets in 119 countries across the world and serves some 47 million people every day. But McDonald’s’ growth and resulting omnipresence is a double-edged sword. The ubiquity that made McDonald’s one of the world’s most recognised brands also made the golden arches synonymous with American imperialism, globalisation, obesity, factory farming and menial labour. The fast food giant’s growth has come at huge cost.

During the 1990s, McDonald’s fought a lengthy libel case against two environmental activists named Helen Steel and David Morris. The David-and-Goliath battle was made into a movie called “McLibel” which the producers claim was watched by 25 million people. Investigative journalist Eric Schlosser delivered the next blow with “Fast Food Nation” in 2001. A frighteningly frank look at the fast-food businesses, Schlosser blew the lid off the industry with the exposé that first appeared serialised in Rolling Stone Magazine. A book and movie quickly followed with the telling tagline “Do you want lies with that?” and 2003 saw the US lexicon Merriam-Webster record the word “McJob” in its dictionary as a word for “a low-paying job that requires little skill and provides little opportunity for advancement”. Photo: Environmentalists Dave Morris and Helen Steel take questions from journalists at a news conference after the conclusion of their case against hamburger giant McDonald’s June 19, 1997. A British judge ruled  that the two penniless environmental activists were guilty of libelling McDonald’s in a pamphlet in what turned out to be the longest trial of any kind in English legal history.

But 2004 was the year Morgan Spurlock would deliver his slam dunk with the documentary “Super Size Me”. The movie chronicles Spurlock’s 30-day McDonald’s gorge fest and subsequent physical and psychological decline.

“Super Size Me” appeared on Charlie Bell’s watch. Bell climbed the ranks after starting his career at McDonald’s at the age of 15, to replace Jim Cantalupo as CEO after Cantalupo died of a heart attack. Thanks to “Super Size Me”, Bell spent most of his short term in office fending off growing criticism about the healthiness of McDonald’s foods, introducing healthier choices to the menu, and outlawing the super-size option. Bell was diagnosed with colon cancer shortly after being made CEO in 2004, and died a year later.

The issue of obesity persistently plagues McDonald’s and the Silicon Valley ban – the first of its kind in the US – marks a move from consumer activism to an official regulation of McDonald’s business practices. At 70, McDonald’s appears ahead of the threat. The Independent reports that the monolith’s biggest growth area isn’t in burgers or chicken nuggets. After a five-year financial flat line in the UK, McDonald’s spent £95 million recreating the chain as an environmentally friendly, organic, free-range outlet resplendent with fruit, yoghurt and salad. The usual greasy fare is still available, but it’s gourmet coffee which is surprisingly McDonald’s’ new biggest seller.

But still, there’s no doubt that McDonald’s will survive whatever the media, legal or health communities throw at them. Big Mac and Quarter Pounder, to the detriment of all of us, have become intrinsic parts of the global civilisation.

Read “The very unappetising truth about McDonald’s chicken meals” in the Daily Mail. Read The Independent’s take on “Why McDonald’s has been a positive force for change.”