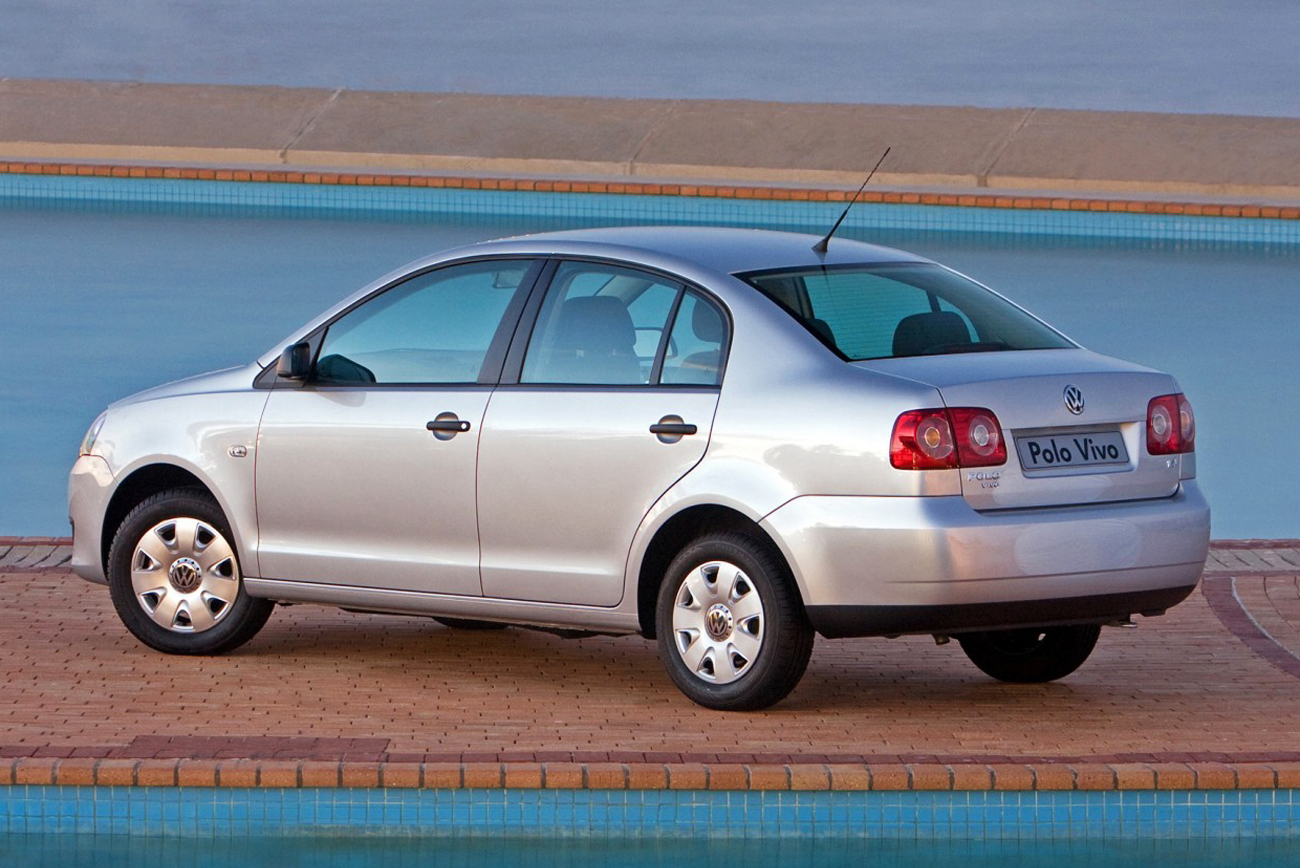 As much as we’d all like to drive a fancy car, with the latest technology and every creature comfort, the reality is that few of us can afford those top-end wheels. Instead, we have to consider price and value as primary factors, together with reliability, longevity and practicality. Does Volkswagen’s new budget contender, the Polo Vivo, fit the bill?

A quick scan through the new car price lists will reveal that affordability still remains a relative term in South Africa. The choices below R100 000 are extremely limited and much of what is considered entry level is positioned between R100 000 and R150 000.

Sure you can get a new car for less than R100 000. The Hyundai Atos, for instance, is a current favourite in that segment. But it’s tiny and underpowered at Reef altitudes. The Chery QQ3 is about the same size, but suffers from flimsy finishes.

Also on the sub-R100K list are the Chevy Spark and Tata’s Indica, as well as a raft of Chinese brands that remain an unknown quantity here. Perhaps the strongest contender at this level is Renault’s locally built Sandero hatch.

But you’ll need to spend more than R100 000 for most of the other so-called “budget beaters”, including the Hyundai i10, Ford’s Ikon, the Chevrolet Aveo and the Renault Logan. Volkswagen’s new Polo Vivo also slots in here, and is now the most affordable member of the VW passenger car stable.

It may be the spiritual successor to the much-loved, never-say-die Citi Golf. Except that the Vivo, which comes in hatchback and sedan flavours, has raised the bar as far as size and sophistication are concerned.

So, here’s the problem. Compared to the Citi Golf, the Polo Vivo has also gone up a couple of notches in price. While R85K or so would have bought you a basic Citi Golf before, the cheapest Vivo Hatch breaks the R100 000 barrier with ease.

Those opting for the Polo Vivo 1.4 Trendline sedan featured here will have to contend with a R125 000 asking price – and that’s bog standard, without any options.

Okay, so as far as the price tag is concerned, the Vivo isn’t cheap. But what exactly do you get for your hard-earned money? And how does that compare to the Vivo’s rivals?

Well, the Vivo is effectively a slightly facelifted, previous-generation Polo. It’s a familiar package that sold by the thousands in its previous iteration.

The car’s success was mainly due to a solid mix of robust build quality, decent packaging, comfortable appointments and respectable road manners.  In the case of the sedan, there was the added attraction of a huge boot too.

In many ways, nothing’s changed. It might now bear the Vivo moniker, but VW’s latest subcompact  sedan retains much of its Polo predecessor’s conservative, three-box design. The only truly notable change is to the front end, which  has been freshened up with new headlights, a different grille and a revised bumper. If the result seems familiar, don’t be surprised: It reflects what the Wolfsburg brand likes to refer to as “the new face of Volkswagen”.

That corporate identity has already been embraced  by the sexy Scirocco, the dull but supremely competent Golf 6 and even the very latest Polo.

The Vivo sedan may have the new VW face, but the silhouette unmistakably harks back to the previous Polo four-door. And you’ll need to be a Polo connoisseur to recognise the changes to the rear, which consist mainly of new tail light clusters … but not a lot else.

Some prospective buyers might welcome such aesthetic consistency, but those who were hoping for a little more originality will be less enamoured. Still, the overall impression is uncluttered and contemporary, with the presence of the VW badge adding vital street cred.

More surprises lurk behind those solidly constructed doors. Those expecting a bare-bones cabin are likely to be taken aback by the feel-good interior, which doesn’t look entry-level at all. The materials are first class, the surfaces are soft to touch and the ambience oozes long-term functionality.

The layout may be pretty standard fare, and like most Volkswagens, the execution borders on the bland. But the ergonomics allow for a comfortable driving position, with a clear view of the instruments and the switchgear.

That the steering wheel is rake and reach adjustable is another departure from the entry-level norm. And  the seats offer better support than their flat cushions suggest.

Standard equipment in this Trendline model is not exactly generous though. The window winders are manual, as is the adjustment of the exterior mirrors. And anything vaguely luxurious costs extra: Air-con, a sound system, alarm and selective central locking. Combined, they added some R13 000 to the asking price of the test car.

It may be short of creature comforts, but the Vivo does deliver on the safety front. Dual front airbags are standard, as are the front and rear head restraints and ABS anti-lock brakes. The one-touch indicators are another welcome addition to the spec list.

At 432-litres, the boot is capacious enough for the family luggage and more. It can also be extended by folding flat the rear bench seat. And there’s a full-size spare wheel under the cargo floor. But does the 1.4 Trendline have the guts to cope with a boot filled to capacity?

Well, this version of the Polo Vivo gets the more powerful of the two 1,4-litre petrol engines on offer in the range. It produces 63kW of maximum power, together with a torque peak of 132Nm. The fuel-injected unit drives the front wheels via a five-speed manual gearbox.

Those output figures may sound humble, but in reality, the Vivo feels lively and eager to please. The combination of a nicely stacked set of gear ratios and a power unit that enjoys being exercised, ensures the feisty little sedan is able to make the most of the engine’s potential.

Also, don’t forget that the underpinnings of the Vivo employ extensively developed, current-generation technology, linking a rigid chassis to a well-sorted suspension system that combines front MacPherson struts, coil springs and an anti-roll bar, to a rear torsion beam.

The 14-inch steel wheels are shod with 175/65 R14 tyres, which offer ample grip and good steering feel, while also allowing for pliancy and comfort. While it’s a pity that the electrically assisted power steering feels too wooden to provide precise feedback, the short-shift gearbox is a joy to use.

Most of all, don’t make too much of the Vivo’s straight-line performance figures. They don’t really describe the car’s dynamic character.

While a zero-to-100km/h sprint time of 12,2 seconds may sound below par, the reality is that the compact sedan never feels short of breath, as long as you keep the engine in the powerband. Top speed is a respectable 177km/h.

In theory, the fuel consumption should be good too, but driving the Vivo with the enthusiasm it demands will always increase its appetite for premium unleaded.

VW claims 6,2-litres/100km for the combined cycle, but our test consumption hovered around the 9,2-litre/100km mark. And the CO2 emissions rating comes to 147g/km, which isn’t really cutting-edge from an environmental perspective.

So, is the Polo Vivo too expensive for a so-called entry-level car? Or is its asking price warranted by the value it offers? Put it this way: This is a solid, recent-technology car that doesn’t look or feel the budget part.

Also, it’s locally made, which should ensure ample parts supply and lower parts pricing, thereby reducing the overall cost of ownership. The result is a pretty convincing budget offering – but one that’s far from cheap.

Looks and feels much more upmarket than its entry-level positioning suggests. Peppy performance too.

Aesthetics could be more progressive. Not exactly cheap.