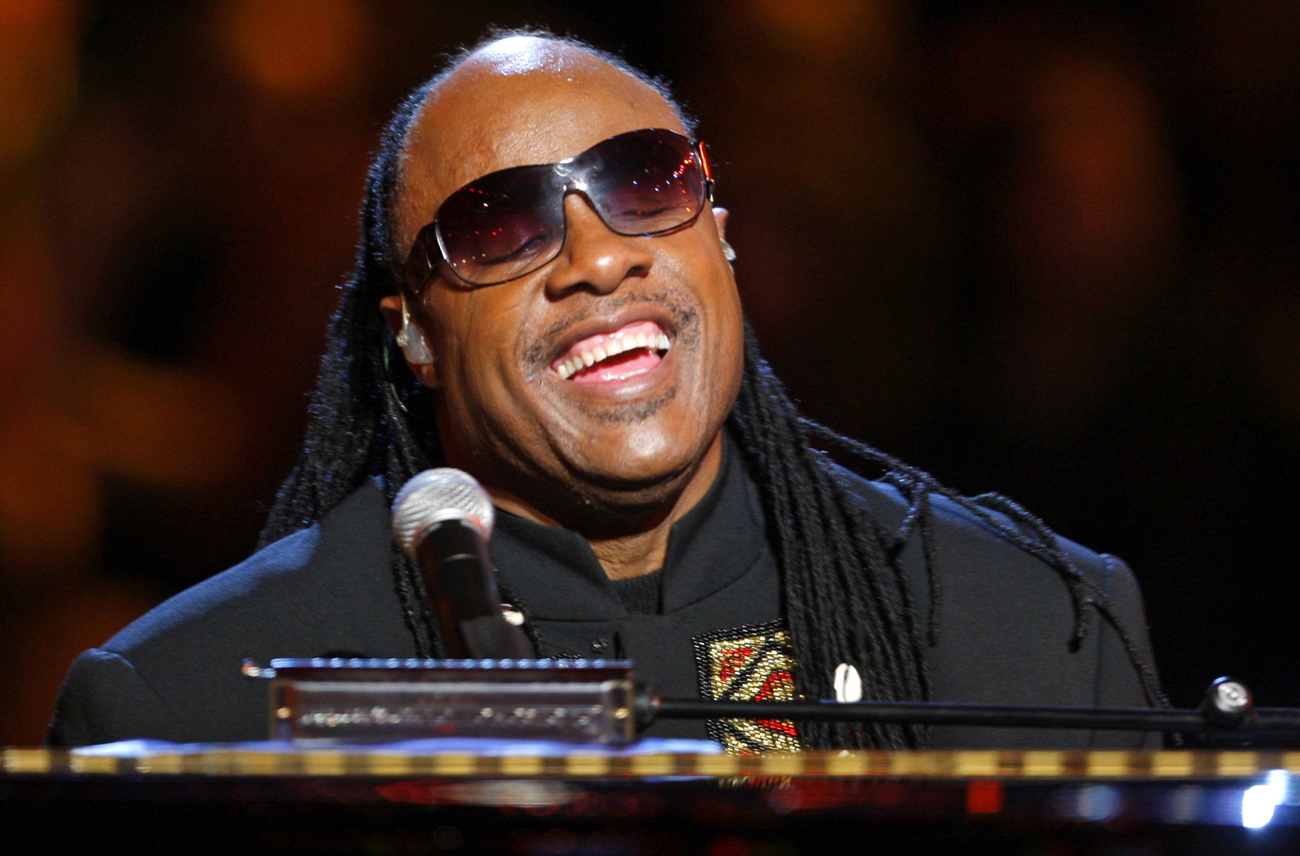 There are the legions of musical heavyweights who owe much to Stevie Wonder. Gloria Estefan, George Michael, Snoop Dogg, Mary J Blige, Mariah Carey, Babyface, Janet Jackson, Luther Vandross, Alicia Keys, Carrie Underwood, Elton John, John Legend, Prince, all of them were inspired by his genius. The world as we know it would be poorer without the wonder of Wonder, including the fact that the leader of the free world may never have married if Stevie Wonder wasn’t around.

It’s difficult to estimate the influence of Stevie Wonder. He may have sold some 150 million albums, which puts him alongside the likes of U2, Tina Turner and Whitney Houston, but Wonder is way greater than that. All his awards – the most Grammys ever won by a solo artist, an Academy Award, the George and Ira Gershwin Lifetime Achievement Award, his induction into both the Rock and Roll and Songwriters halls of fame; and Rolling Stone rankings as 15 on the magazine’s list of 100 Greatest Rock and Roll Artists of All Time, and as the ninth-greatest singer of all time – all of them hardly quantify Stevie Wonder’s influence on our lives, culture and this epoch.

Blind from birth, Wonder had a harmonica in his mouth by the time he was four. It was a quick step from there to singing with Marvin Gaye and recording his first hit at 13. A year later he’d star in his first movie – an unchallenging beach party flick set in Malibu with protagonists called Frankie and Dee Dee who were involved in a love tryst with a bored Italian countess. Needless to say it wasn’t very difficult for a kid called “Little Stevie Wonder” to stand out.

Fortunately Wonder dropped the “little” moniker, started singing protest songs with Bob Dylan, and went through a maturing period in Motown. It was in Motown that Wonder’s songwriting career ignited with the Smokey Robinson & the Miracles hit of his song Tears of a Clown. The song climbed to the top of the UK singles chart, and went to the top of the US Billboard Hot 100 and R&B Singles Charts.

What followed was the Wonder legend that just kept rolling out hits like Superstition; Living for the City; You Haven’t Done Nothin’; Happy Birthday; Master Blaster (Jammin’); Ebony and Ivory; I Just Called to Say I Love You; and Part-Time Lover.

Success often fuels arrogance, but Wonder’s early gospel roots, his life experience, and the strong influence of his mother seem to have crafted a personality weathered by humility. Already acknowledged as one of the greatest songwriters in the world, late into his career Wonder tell of how his mother helped write one of his greatest hits on a morning television show. He was 19 at the time and singing the melody for a song he was yet to pen. “She was downstairs,” Wonder recounts “and she said, ‘You should write, like, about something – ‘Ooh baby, I’m yours. I’m signed, sealed, delivered, I’m yours’ kind of thing like that’.”

Most legends would keep that kind of detail to themselves, but it is Wonder’s almost naïve charm that makes him so likeable. Perhaps this is why we don’t give him such a tough rap of late for not doing much beyond taking honour laps on the back of past glories. And let’s be honest, who else could survive a song as awful as I Just Called To Say I Love You was.

Wonder’s songwriting ethic dropped off considerably since the late eighties. Yes, there was the Spike Lee gig, the live album, the emotional collaboration with Babyface and the harmonica accompaniment on Sting’s Brand New Day. That and his first album in 10 years called A Time to Love – but there’s a strong sense that his best work is behind him.

Which is fair given he’s 60 and he’s tight with the president of the US and his wife. Speaking about Wonder’s role in his marriage Barack Obama once said: “I think it is fair to say that, had I not been a Stevie Wonder fan, Michelle might not have dated me; we might not have married.” The bromance is mutual. Wonder says that Obama is “a combination of JFK and Martin Luther King”. Obama says: “If I had one musical hero, it would have to be Stevie Wonder.”

That Wonder hasn’t done much lately hardly seems to matter. He’s so damn likeable and has already achieved way more than most do in a life time. Then there’s the fact at least one major event in your life must have unfurled with a Wonder song playing in the background.

Read Barack Obama’s tribute to Stevie Wonder in the Telegraph. Read Vanity Fair article on the need for an authentic oral narrative to tell the real story of Motown. Take a look at Annie Leibovitz’s photographic essay (which includes Wonder) called The Monarchs of Motown.

Pastime paradise (the original from Songs in the Key of Life)