As Brown resigns and Cameron takes over, UK faces tough...

As Brown resigns and Cameron takes over, UK faces tough times ahead 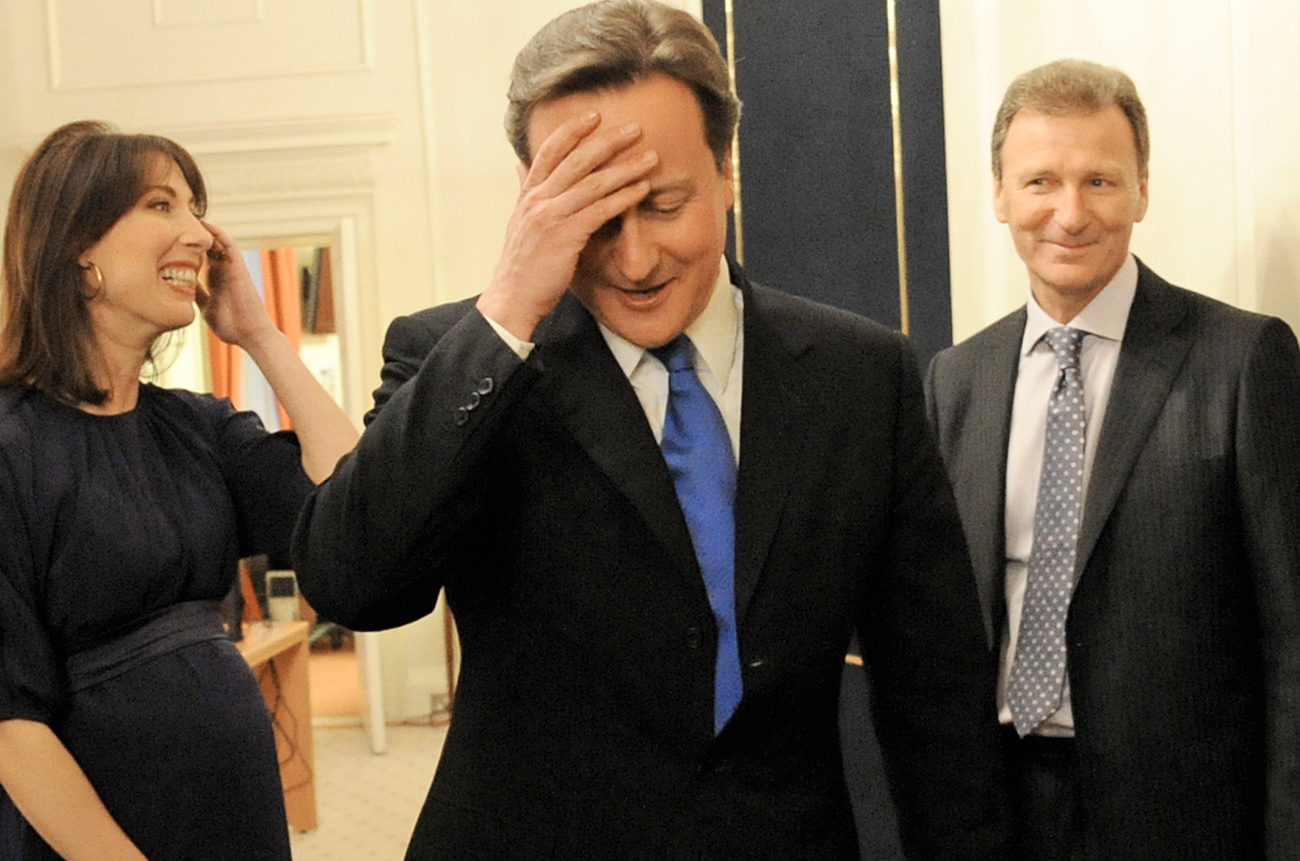 The great spectacle of democracy-at-work over, the UK's new ruling elite is now settling into the reality of having to face reality. And they will have to act quickly and decisively because the problems are many; one almost wonders if the Labour Party is not secretly looking forward to some rest and recuperation.

Under David Cameron, Britain’s Tories have taken power after 13 years of prowling and growling in the political wilderness. Successfully recasting their party as a kinder, gentler more caring organisation than Margaret Thatcher’s flinty, hard-edged Conservatives, Cameron eased ahead of Labour in the 6 May election. Then, on Tuesday, after Gordon Brown tendered his resignation as prime minister, Cameron accepted the queen’s invitation to form a new government.  And now, Cameron is, very carefully, structuring a ruling alliance with Nick Clegg’s Liberal Democratic Party, which emerged as the effective kingmaker when neither the Conservatives nor Labour won a majority of the seats in parliament.

This Tory-Liberal Democratic alliance will face an immediate baptism of fire. Cameron and company will need to address the continuing European financial crisis developing from Greece’s budgetary turmoil, as well as Britain’s own swelling government debt. Coping with that will require spending and social benefit cuts, as well as other deeply unpopular austerity measures. Analysts point out, further, that failure to take quick action on these issues will almost certainly feed the feelings of unease on financial markets and may lead rating agencies to downgrade Britain’s public debt score – something that would have a terrible impact on the UK’s ability to raise funds on international capital markets. Photo: Britain’s Prime Minister Gordon Brown, accompanied by his wife Sarah (L), speaks in front of his official residence of 10 Downing Street in London May 11, 2010. Brown announced on Tuesday that he was resigning as talks between the opposition Conservative and Liberal Democrat parties appeared to be nearing a deal on forming a new government. REUTERS/Cathal McNaughton

Once Labour’s entreaties to the Liberal Democrats to form a leftwards coalition failed to gain traction in the past several days, Gordon Brown decided his only course of action was to resign. Having made that hard decision, he stood in front of 10 Downing Street to say good bye to staff and nation as its prime minister with an obviously heartfelt, graceful concession speech. Then it was off to Buckingham Palace to offer his resignation formally to Queen Elizabeth II, who then called in David Cameron to ask him to form the UK’s next government. The whole thing was over in just a few hours.

This new power-sharing agreement means Nick Clegg will become deputy prime minister in a new – and potentially unwieldy – government. While the exact composition of the government remains to be determined, reports are already saying that the junior partner will have six ministers in the new government, including Vince Cable, a petroleum economist who is on record as calling for some quick, sharp spending cuts.

Nonetheless, Conservatives and Liberal Democrats remain far apart on a range of critically important public policy issues. These include immigration reform, relations with Europe, the future of the UK’s defence plans and procurement, not to mention the key Lib-Dem proposal for electoral reform and proportional representation. As part of this deal, electoral reform – the Lib-Dem’s signature issue – would go to a national referendum, but probably in its least comprehensive, all-encompassing version.

In his initial remarks as he assumed office, David Cameron made it clear that fiscal toughness would be the centrepiece of his government as it confronts $240 billion worth of red ink in the government’s annual accounts, largely from deficit spending during the global recession of the past two years. Or, as Cameron said, “We are going to have hard and difficult things to do”. Simultaneously, Cameron aimed for the Kennedyesque moment, asking his countrymen and women to turn away from the culture of selfishness, indiscipline and reliance on state benefits that Britain’s Conservatives have pointed to as a hallmark of Labour’s 13 years in power. Cameron offered his twist on John Kennedy’s own, oft-quoted inaugural address with a: “Don’t just ask, ‘What are my entitlements?’ but ‘What are my responsibilities?’ And don’t just ask ‘What am I owed?’ but ‘What can I give?’ ” But, even as he chose to highlight a starkly different path, he offered a tribute to his predecessor. Cameron noted that, “Compared with 10 years ago, this country is more fair at home, and more compassionate abroad”.

The new government is barely launched, but critics are already laying odds on how long this unlikely marriage will last. The Lib-Dems, after all, came into being in a 1988 merger between a breakaway caucus from Labour – the Social Democrats – and the Liberal Party, the party of the 19th century’s William Gladstone. The resultant melange continues to be faction-ridden –  including its older left-of-centre group and a newer, more centrist group around Nick Clegg focused on a kind of post-industrial economic fairness, ecological responsibility and human rights.

Just in office, Cameron is already receiving his early congratulatory telephone calls – first in was US President Barack Obama who took the opportunity to invite David Cameron and his wife for a June visit to Washington. Obama also took the time to express his thanks to Gordon Brown for his “friendship and his distinguished service as prime minister,” and especially his “strong leadership during challenging times” – a clear reference to Brown’s leading role in approving the UK’s multibillion-pound bailout packages for Britain’s banks and the deficit spending that became the pattern for other nations’ policies (including the US’s). Good moves there – those calls.