Analysis: Malema disciplinary, the morning after

Analysis: Malema disciplinary, the morning after 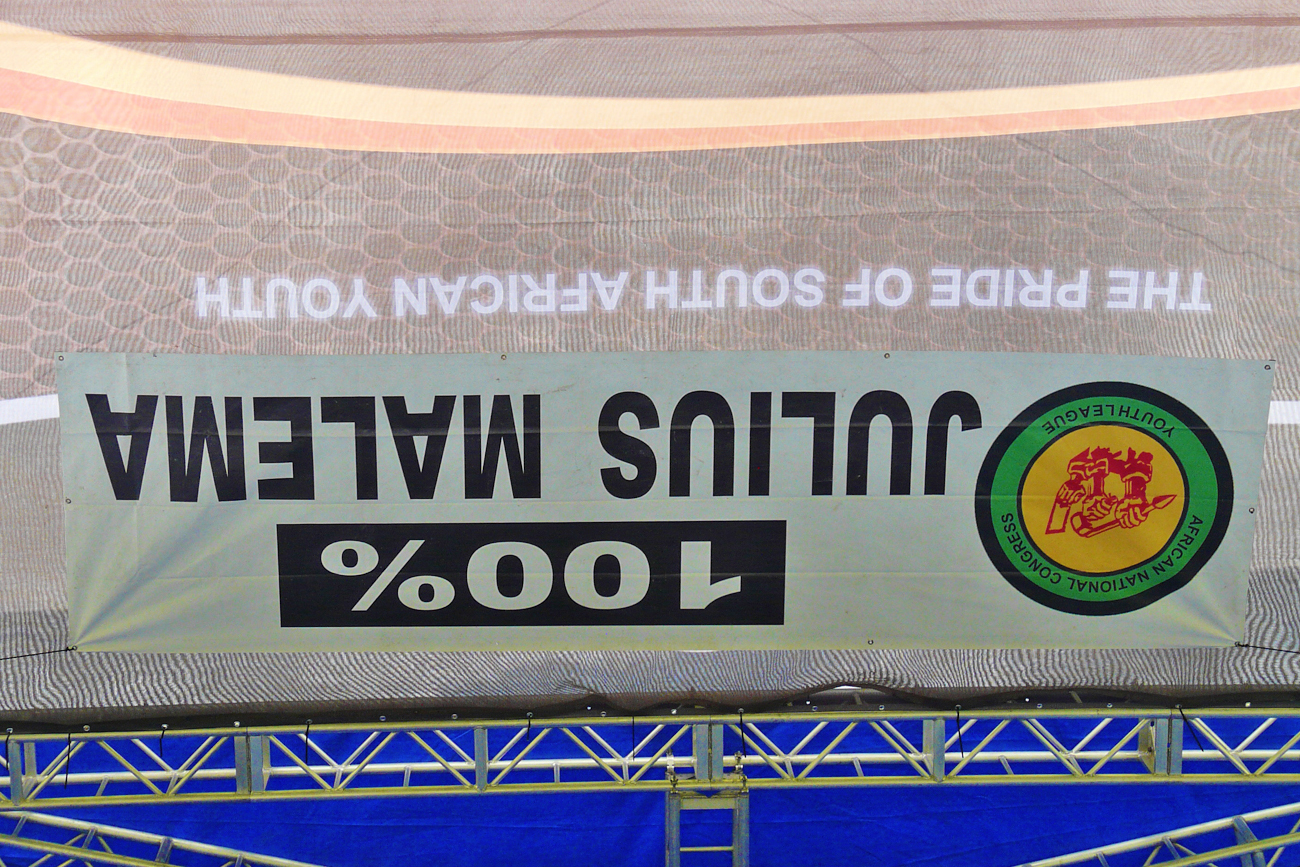 On Tuesday night Julius Malema finally had his wings clipped for his high crimes and misdemeanours. But many details still remain murky and some aspects of ANC disciplinary commission's ruling are rather unsettling.

It’s the anger management classes that Julius Malema will regret the most. He can handle the fine, which is, what, only about 5% of the cost of his watch. The 20 days he’ll spend at the ANC’s political school? Well, he’s always going on about time the ANC revolutionaries spent in detention. And the apology? Oh, he’ll get it over and done with.

But the anger management classes are going to be the story, the headline, the Rude Awakening joke for the next six months. There’s nothing like humiliation to bring out the anger in a youngster, and it’s going to hurt him badly. So badly, in fact, we almost wonder if there’s a Machiavellian aspect to this, for someone who knows that the good headline is far more harmful, far longer lasting, than just a guilty verdict.

But let’s stop grinning and look at the process. There a few things to consider. We have to ask whether there would have been a different result had Mathews Phosa not been the one representing Malema? We don’t mean Malema would not have been found guilty, but that Phosa is probably one of the few people able to convince him to plead guilty. In other words, if Phosa hadn’t been a restraining influence, Malema could quite easily have refused to plead guilty to anything. Or just gone off at the “jury”.

We also have to ask what would have happened had the entire original panel sat. Or if these charges had not been brought, originally at least, by President Jacob Zuma himself. But those will remain questions for another day.

The question that has been answered is that the ANC is willing to act against one of its own who is politically powerful, but clearly breaks its rules. Perhaps not as strongly as it would act against someone who is less powerful, but still capable of maintaining discipline. Derek Hanekom must have been acutely aware that this hearing was possibly the dividing line between a proper political party, and outright political chaos in the ANC.

This hearing has said that no one is bigger than the ANC. It’s something Zuma has said many times, and for now he’s right. And while we’re talking about Zuma, yes, it restores some of his political credibility; that he is bigger than Malema. But it also says that Malema cannot claim to have Zuma at his back anymore, which is bound to change his game substantially.

This ruling actually means that, for the first time in many moons, Malema has to do something he’s being forced to do. He has to pay money, he has to give up his time, and he has to publicly say he is sorry (for something he did that was wrong). In that way it’s a very real punishment for him, the humiliation of one day feeling omnipotent and the next being treated as ordinary. He won’t enjoy it at all and none of this is stuff he’ll want to do again.

Of course, this “tournament” doesn’t end there. There will be many calls over the next few days for more action to be taken against Malema. Some of the calls  to discipline Malema will be merited, some not, and some just political pie-in-the-sky stuff.

And yet, there are aspects about this disciplinary ruling that are concerning. Was Malema’s treatment of the media discussed during this hearing, and why was that charge dropped? Surely for this kind of offence alone, he should actually face suspension, that kind of thing. Then the charges about his “Mugabe is wonderful” statements also appear to have been swept under the carpet. Does that mean that he can repeat all of that all over again? This time with impunity?

We’re struck by the actual charge to which he pleaded guilty. It’s for “implying the President of the ANC had taken a position against you as President of the Youth League” and thus “behaving in such a way as to provoke serious divisions or a break-down of unity in the organizations”. Firstly, those comments (about claiming Zuma was behaving worse than Mbeki had done) were made AFTER Zuma first said publicly he would take action against Malema. So that means everything that led Zuma to hold that press conference has been swept under the table.

Secondly, that clause, about “provoking serious divisions” could be used to prosecute just about anybody for just about anything. Not even Lekota and Shilowa got that when they formed Cope. And they were surely seeking division. So it’s a catch-all clause, that could be used by a dictatorial leader against any internal opponent. Hell, Zuma’s probably lucky Mbeki didn’t use it against him! There’s a precedent that’s been set here, it  could be bad news in the future.

We would like to lead the cheers for Hanekom and his fellows on making all of this public though. Not for him a night of leaks, those damaging destructive things that really have made our politics the potent mix of fact and fiction that it is. We would like to think he’s set a precedent here too, though we doubt it. This does mean though that if the NEC decides to overturn this decision, we’ll know about it. And that could be important later.

Perhaps the most important part of this verdict is that if Malema is found guilty of this again, he’ll be suspended. That’s the leash that’s now around his neck, and it’s pretty tight. It may well keep him in line.

We’re not going to write off Malema just yet, we’ve had too much experience with Zuma to do that. But we are going to say that he’s not the political force he once was. With this noose around his neck, he now has to do battle with the internal structures of the Youth League. And some of them are close to rebellion. Leaders he trusts in Gauteng could well be on their way out, the Eastern Cape is looking shaky. Malema’s not down and out, but he could well have passed his high-water mark.