How strong is Malema? Not strong enough to cow students

How strong is Malema? Not strong enough to cow students 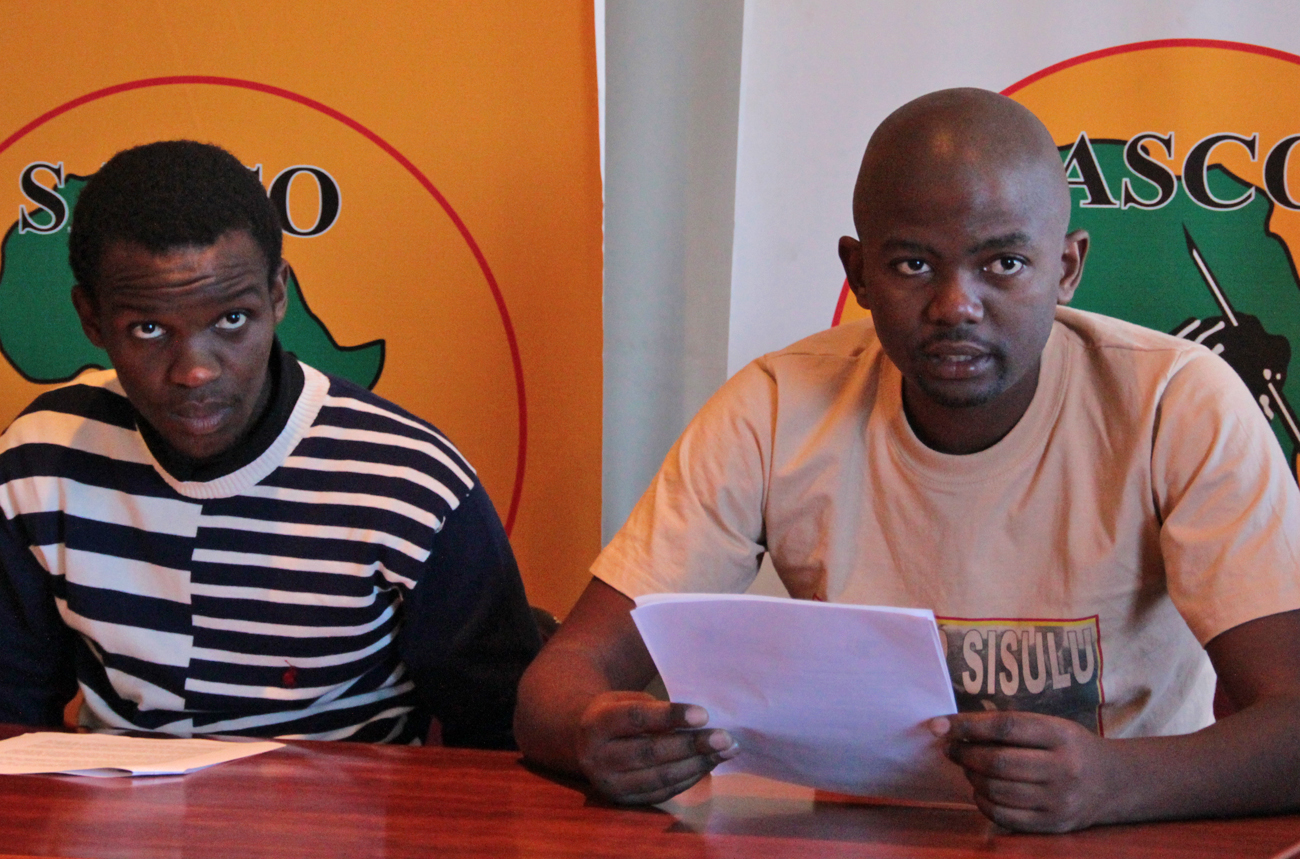 The SA Students' Congress, which directly represents as many as 16,000 of Julius Malema's ANC Youth League members, says supporting Zanu-PF is a naughty, naughty thing to do. Which couldn't come at a more significant time, considering that Malema is already trying to mobilise his members to fight on his behalf if the ANC decides to discipline him for doing exactly that.

There are several charges before the disciplinary committee that is looking at the conduct of ANC Youth League leader Julius Malema, but the thing that finally made Jacob Zuma blow his top was Malema’s praise for Robert Mugabe, and his rubbishing of the opposition Movement for Democratic Change.

It appears that wasn’t unpopular only with the ANC.

“We view the overzealous support for Zanu-PF by some within the movement as opportunistic, divisive and populist,” the SA Students’ Congress said on Monday. “Liberation songs, mythology and a constant reminder of the struggle days will never absolve an organisation from the blunders committed by Zanu-PF over the past years… we view as counterproductive all efforts that seek to compromise the position of the mediators.”

On any other day the language would have been tame. But coming from an organisation that claims a card-carrying membership of 16,000 plus a support base well beyond that on tertiary campuses throughout the country, it’s a big deal. Especially as it came while the hearing against Malema was going ahead (or so we believe) in the very same building.

Asked bluntly whether the organisation would support the decision of the ANC disciplinary committee on Malema’s fate, Sasco secretary-general Lazola Ndamase had a slightly less blunt answer, but it still came down to a “yes”.

“We will accept the outcome of any internal process,” Ndamase said.

On Friday, in a speech to a small group of ANC Youth League members, Malema urged them to defend the autonomy of the organisation from thin-skinned bullies within the ANC. In our estimation that is an early indicator that, should the disciplinary committee recommend harsh action against Malema, he’ll try to mobilise his supporters.

But though Malema is certainly personally popular among at least some students, the Youth League is comparatively poorly organised on campuses. It is Sasco, with its strong focus on the very local politics of food quality in cafeterias and the like,  which has the ability to whip up a protest. If the Youth League calls for protests, and Sasco opposes that call, we reckon it would be business as usual at most institutions in the country.

Sasco won’t go anywhere near speaking about individual candidates who may (or may not) run against Malema in Youth League elections next year. President Mbulelo Mandlana just grins when asked, and reinforces the message that individuals don’t matter, but that anyone with “anti-communist tendencies” could count on being opposed in whatever election they may stand.

Still, if Sasco were to throw its weight behind a candidate, perhaps current ANCYL secretary-general Vuyiswa Tulelo, it’s just possible that Malema could have a real fight on his hands.

Photo: Sasco secretary-general Lazola Ndamase and the organisation’s president, Mbulelo Mandlana, at Monday’s “media conference”. Which we have to use in quotes, because The Daily Maverick represented exactly 50% of the media contingent that attended.