Analysis: As Newsweek goes on sale, more questions than...

Analysis: As Newsweek goes on sale, more questions than answers 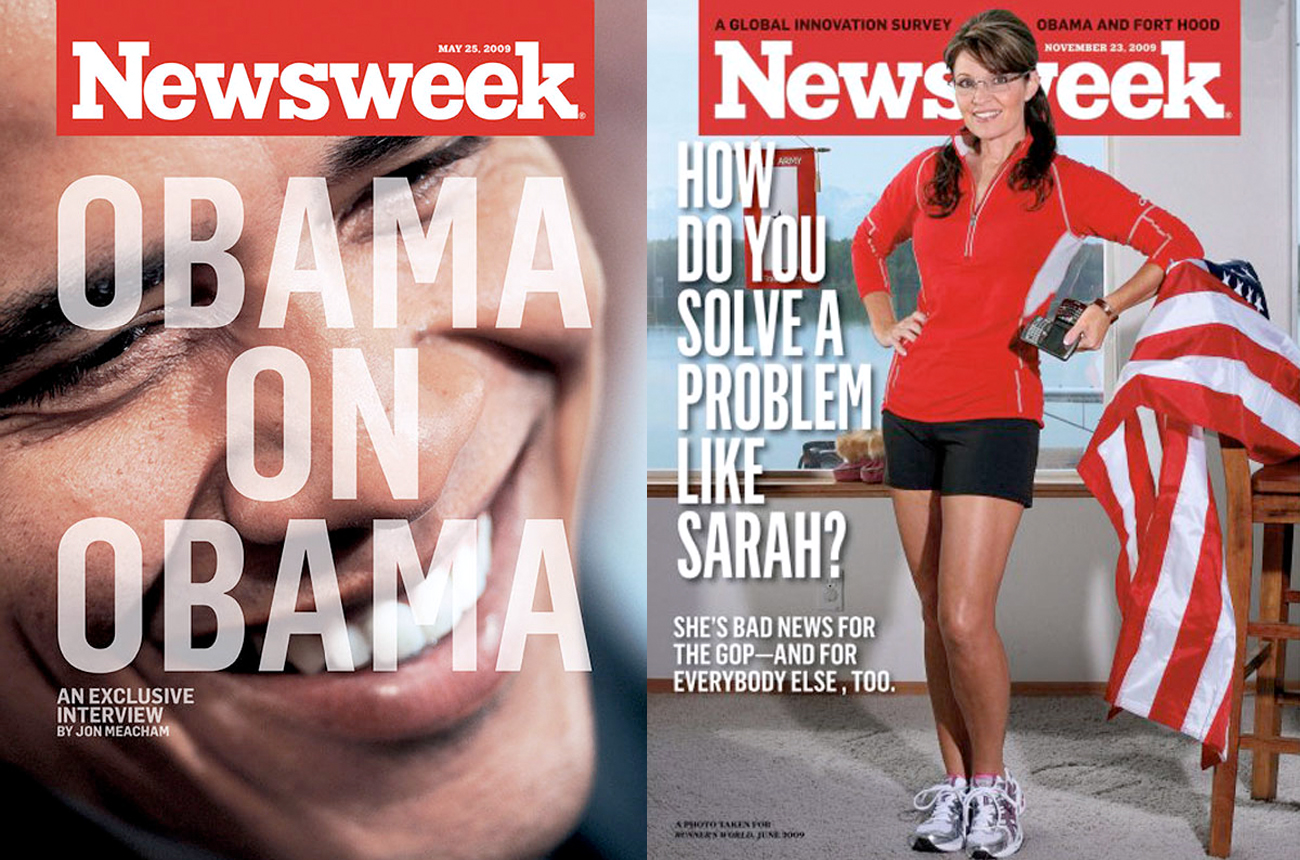 The legendary magazine that once tried an “inescapably impossible task of providing every week a first rough draft of history that will never really be completed about a world we can never really understand” went on sale last week. The equally  inescapably impossible task of surviving in the 21st century awaits the new owners, whoever they might be.

“News” and “week”. Those two words don’t belong in the same sentence any more, never mind squashed together as a composite noun. Even Newsweek editor Jon Meacham wasn’t surprised when The Washington Post Company announced on Wednesday that it’s exploring the possible sale of the magazine.

The stats speak for themselves. Revenue at the company’s magazine division in 2009 retreated 27% to $184.2 million from the previous year, with Newsweek itself suffering a 36% decline in ad sales over the same period. The company’s magazine division had an operating loss of $29.3 million in 2009, compared with 2008’s loss of $16.1 million. Admittedly, owing to a reduced headcount and other cost-saving initiatives, expenses are falling along with revenue. But it seems they aren’t falling fast enough to save the magazine.

Newsweek was launched in 1933 by a group of US investors, including Vincent Astor. In 1961 it was bought by the Washington Post Company, then led by Phil Graham, for close to $9 million. (He famously wrote a $2 million cheque as the deposit.) Graham had been connected to the Washington Post since 1940, when he married Katherine Meyer, daughter of the Post’s owner and publisher, Eugene Meyer. In 1946, when Katherine’s father became the first president of the World Bank, Graham ascended to his position. Graham had the vision to make something big of Newsweek, to make it a genuine competitor to Time. Upon acquiring the magazine, he “wanted desperately to make Newsweek big-time, and big-time as quickly as he could”, according to David Halberstam’s seminal work, The Powers That Be. To that end, he brought in big name columnists like Walter Lippman and, while circulation figures always trailed Time, Newsweek was the second-biggest news weekly in the US.

In its heyday in the post-Watergate 1970s and 1980s, Newsweek built an authoritative relationship with its readers. Every Monday morning when they hit the newsstands, Time and Newsweek were competing to define the news agenda for the week. As Ed Kosner, Newsweek editor in the late 1970s, said: “It was really important what was on the cover of Newsweek and what was on the cover of Time because it was what passed for the national press. They helped set the agenda; they helped make reputations.”

Newsweek’s mission was probably best encapsulated by Graham himself in 1963, when he said: “So let us today drudge on about our inescapably impossible task of providing every week a first rough draft of history that will never really be completed about a world we can never really understand…”

Noble as this sentiment is, now, in the 21st century, it’s out of step. We aren’t willing to wait 24 hours to read “a first rough draft of history” – never mind a week – when we can go online and find out what happened pretty much five seconds ago. Newsweek has tried valiantly to adapt to this brave new world. In 2009 the magazine repositioned itself, moving away from news coverage towards more opinion and analysis. While it has the necessary journalistic fire power behind it, with writers like Fareed Zakaria and Eleanor Clift, its new style – articles too long to be columns, but lacking the hard facts necessary to be classed as news – hasn’t been enough to make that bottom line bounce back into the black.

Today, as much as it needs to reassert its profitability, Newsweek is also a magazine in search of an identity. Current Newsweek editor Jon Meacham, was quoted by The New York Times as saying: “I decline to accept that Newsweek in some form does not have a role to play going forward.” This sentence pretty much points to the psychological state of print media today – if you had to sum it up in one word, that word would be, well, desperate.

Nonetheless, you’ve got to feel sorry for Meacham – this brilliant journalist and editor truly wants to make Newsweek work again: “We have to figure out what journalism is going to be as the old business model collapses all around us. And I want to be – I want to try to be – a part of that undertaking. Will it work? Who the hell knows? But I’m at least going to look at this.”

So, his heart’s in the right place, but does Meacham have the brains or vision to reinvent the title? In “looking at this”, he’s trying to put together a consortium of investors to buy the magazine. Apparently, two unnamed billionaires called him within 24 hours of the announcement of Newsweek’s sale. For now, they’re staying anonymous. All we know is that Michael Bloomberg, Carlos Slim and Rupert Murdoch are among those media moguls who are not interested.

Say Meacham did buy Newsweek, and maintain some editorial control of the magazine, what then? If the publication stays in its current form, it’s not going to last more than five years. He’ll need to come up with a plan as to what its “role to play going forward” actually is.

Rupert Cornwell wrote about the impending sale in The Independent under the headline: “Newsweek sale marks victory for Internet and TV.” As he noted at the end of his article, it’s clear that Newsweek’s future – if it has one – will be online. But unlike back in the day when it was really competing only against Time, now there are many more players on the Internet.

Newsweek isn’t going to do itself any favours if it merely tries to keep up with the Joneses, or the Huffingtons or Politicos, this time. Conceptually, at least, the magazine needs to go back to the 1970s – when it set the agenda. It needs a visionary, in the mould of Phil Graham, to invigorate the brand. If Meacham can pull off such a stunt – or, more likely, find someone who can do this for him – it won’t be a victory for the Internet, but a victory for journalism. Let’s hope he succeeds.