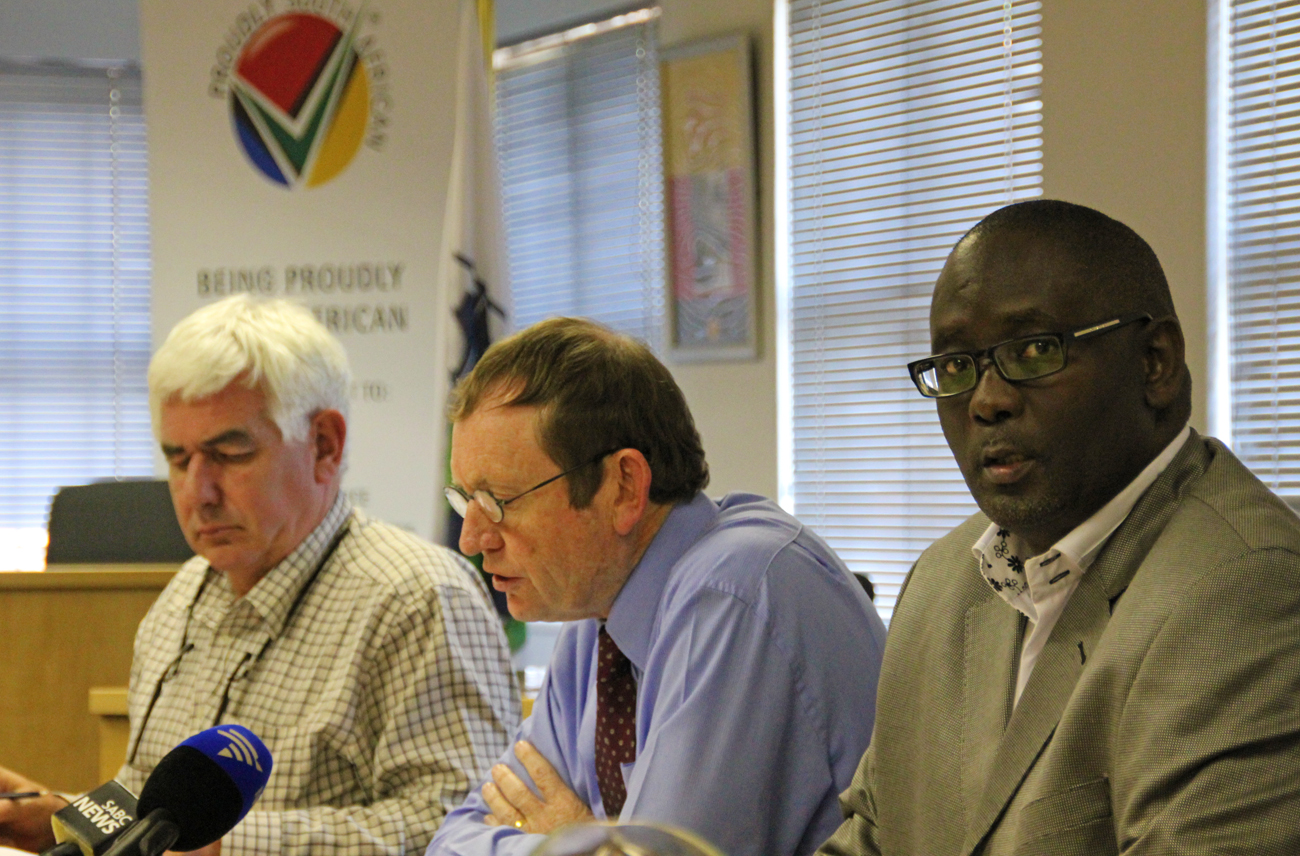 They've been doing it alone, but now they're doing it together – and they are more strident than ever. On Monday, a collection of major local manufacturers and every trade union that counts launched a concerted attack against the rand, demanding a devaluation of at least 20%. And that's just the start, though only time will tell if their fragile alliance can last long enough to achieve anything.

The ideas aren’t new for either party, but the wording is. On Monday a group of major industrial companies sat shoulder-to-shoulder with representative of their workers, and said that South Africa’s industrial policy over the last 16 years has been an abject failure. They accused the government of toadying to multilateral bodies on trade, failing to walk the talk, and a litany of other crimes. Often in so many words.

Their demands are as deceptively simple as they would be difficult to implement. They want immediate intervention to devalue the currency (industry thinks a 20% drop would be nice; unions are looking at around 40%), they want an immediate decrease in real interest rates (to which they won’t put an exact target), and they want protective barriers to be set up to deny unfair advantage to imports.

“This call should not be interpreted as protectionism,” they say in their official resolution, “but nurturing our domestic industry.”

As much as they are uncomfortable with the word, however, protectionism is exactly what they are asking for. Their proposal, though short of details, calls for legislation to be introduced to force “competitive procurement by government to promote locally manufactured products” and also to require the same from parastatals. Even without new or increased tariffs, which are also on their agenda, harnessing the combined purchasing power of the state would make for a vast amount of money denied to foreign companies.

The signatories to the demands include giants like ArcellorMittal and Sasol, as well as motor manufacturers. But the face of the initiative will inevitably be Cosatu head Zwelinzima Vavi. He has been fighting the battle for macroeconomic reform within the Tripartite Alliance for a long time, and has seen every victory there fail to make it into government policy. He stopped being polite about that a long time ago.

“How many times do we hear that in a year?” he asks of promises to chart a new economic course. “Only around the Budget speech, and maybe around the State of the Nation speech.” He wants, he says, an aggressive approach: the rejection of the failed policies of the day and an infusion of realism in relations between SA and multilateral institutions like the World Trade Organisation.

Asked whether he’s working to gain new support in those battles within the ANC alliance. Vavi jokes that it is never a bad thing to have friends. But though flippant, the remark carries a lot of truth. Vavi, the red-sock trade unionist, now finds himself ideologically closer to captains of industry than to the ruling party. (As The Daily Maverick predicted a long time ago.)

Don’t mistake this for a truce between labour and industry, though. The parties have had to close their eyes to fundamental differences in approach to critical issues, like how the electricity crisis should be solved (privatisation versus nationalisation) or whether labour should come to the party with a promise to hold back on the crippling strikes (a pretty straight “yes” vs “no”). Right now they are united in their onslaught against government, and the Treasury in particular, but ignoring those differences can’t make them go away.

If their demands are met, the parties say, the land of milk and honey will be upon us in no time at all. Jobs will be created at a fearsome rate, they promise, labourers will become increasingly skilled, the economy will be immune to disastrous swings, and so on and so forth.

What they scrupulously avoid talking about is the chaos that must, surely, proceed the creation of such an utopia: vicious spikes in inflation as the petrol price rises on a weak currency, more expensive capital goods and the flight of money (especially hot money) as the changes are implemented.

Can this new alliance force the ANC to return to its leftist roots? They seem to have few allies within the alliance. The ANC Youth League’s approach to nationalisation makes it unpalatable to industry. The SA Communist Party would risk its soul, and what little popular support it still commands, if it were seen cozying up to business any more than it already does.

Vavi believes the answer lies in a hearts-and-minds approach towards ANC members. You won’t find anyone in any of the Tripartite partners opposed to job creation, he argues. Perhaps he is thinking that he just needs to present them with a choice: admit that the Alliance has gone wrong and have the courage to fix it, or have the responsibility for the high jobless rate on your heads.

Photo: From right to left: Cosatu’s Zwelinzima Vavi and Roger Pitot of the National Association of Automotive Component and Allied Manufacturers, the two major spokesman for the initiative, and Guy Harris of yellow-metal maker Bell Equipment. The Daily Maverick