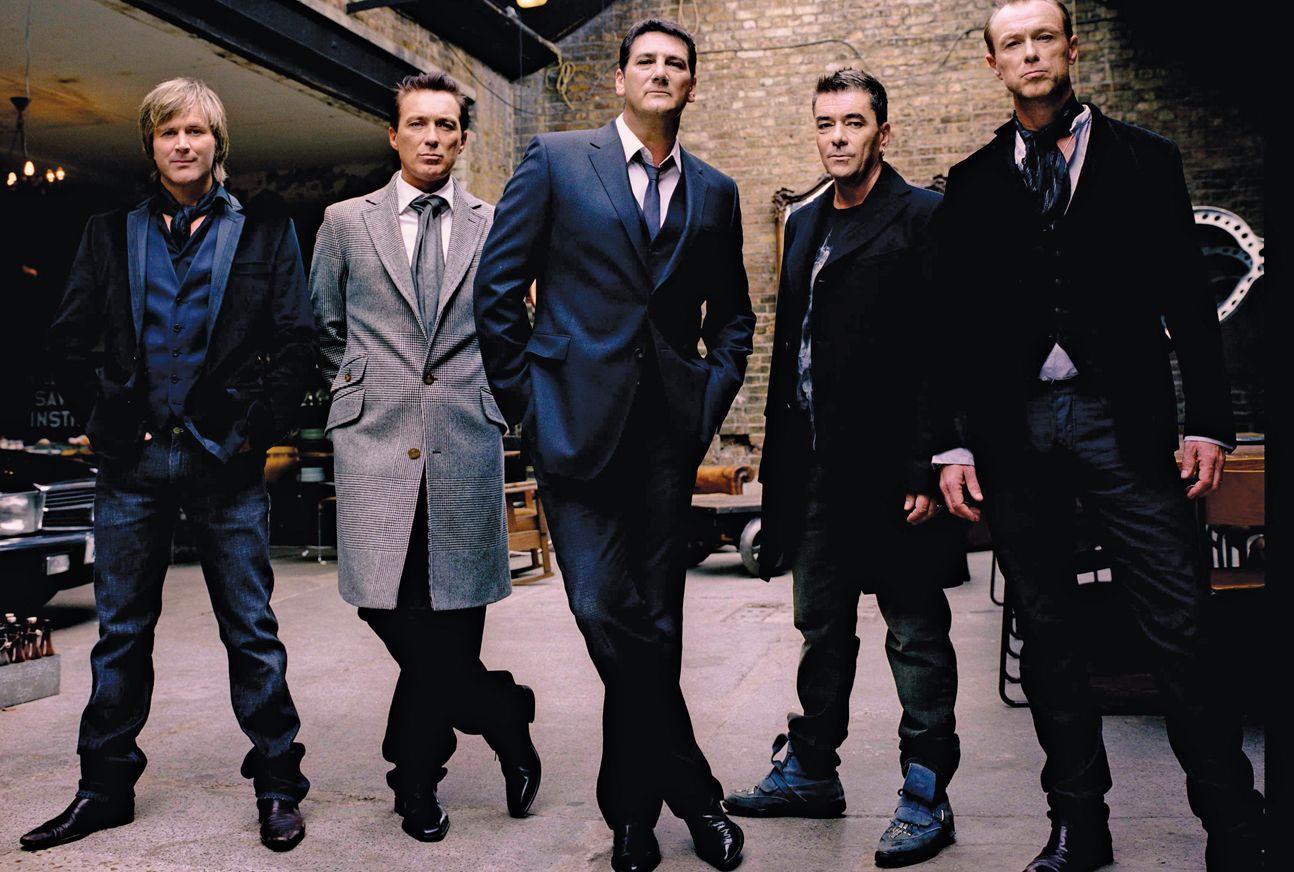 Thirty years after teenage girls screamed and sighed over Spandau Ballet and boys mimicked their floppy-haired New Romantics fashions, here we are doing it all again.

Spandau Ballet was a definitive band of the 1980s. We had their posters on our walls, sang their songs with lovesick hearts and wore those fancy, frilly blouses.

Now they’ve reunited for another world tour, and their songs are as instantly accessible and enjoyable today as they were in the 1980s.

There’s nothing in the least bit old and wizened about the revived Spandau Ballet. Of course we’re all getting older – you could tell that when the first item of clothing lobbed onto the stage was a cozy woolly cardigan. Thankfully someone had the decently to follow that up with a bra to restore audience credibility and show that the sellout crowd hadn’t got this confused with bingo night.

The boys have grown older with immense grace. Lead singer Tony Hadley looked like he’d stepped straight out of a business meeting as he jogged and jumped around in a dapper suit, and didn’t even loosen his tie as the sweat seeped across his back. New Romantic turns respectable executive, perhaps. Yet he sounds exactly the same as he did way back when, with a voice that still oozes style and syrup.

Saxophonist Steve Norman’s looking so good that we were debating whether he’d sent his son along instead. But no, he’s still the same original rocker, still sporting the same lovely long blonde fringe.

Guitar and bassist brothers Gary and Martin Kemp and drummer John Keeble are the other original members, making this a real reformation rather than one of those fake revivals where the line-up is padded with no-name substitutes.

They’re joined by a keyboard player who was barely even born when the band first formed, and female vocalist Dawn Josie, wearing a bizarre shiny black leather leotard and leggings. Eye candy all round, then.

They played for almost two hours and all but a handful of songs were familiar to diehard fans. The new single Once More was introduced as the title track from their latest album, and it’s hallmark Spandau, with words worth listening to and a tune you can dance to.

That’s the thing with a Spandau concert. One minute you’re bopping to Chant No.1 (We Don’t Need This Pressure On) and Instinction, then you’re cooling down with slower numbers like True. That eclectic selection is why they managed to stay fresh during a decade of glory when they dazzled us with 23 hit singles and spent a more than 500 weeks in the UK charts.

The opening band for the sell-out concert was Germany’s Alphaville, and the contrast between them was enormous. Alphaville’s electro Euro-pop sounded dated. Like Soft Cell playing on a bad day.

Alphaville are really glorified two-hit wonders, so we recognised Forever Young and cheered for Big In Japan, but they really weren’t so big in Brakpan’s Carnival City.

And then came Spandau Ballet, and the timeless, stylish old songs didn’t so much take us back to that era, but slotted right into the present day.

It’s great to know that what we all thought was such fabulous quality in our younger days really, truly was.