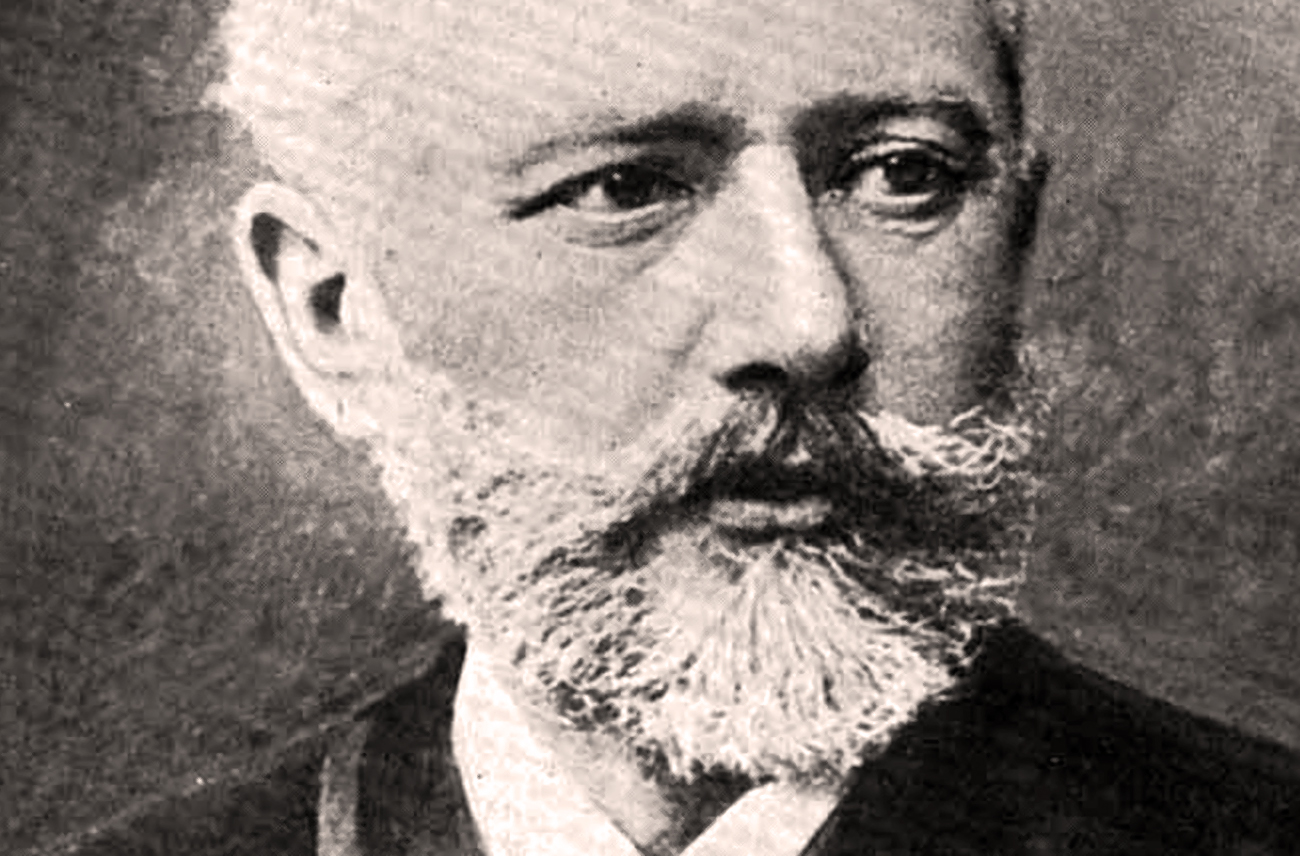 He was a Russian genius, the great tormented composer whose works wear their emotions on their metaphorical sleeves. His life was one of big feelings, his work one of big melodies, the music of eternal greatness. Best-enjoyed loud, very loud.

Anybody with a child who has ever studied ballet is inevitably in a close, intimate relationship with Tchaikovsky – born on 7 May 1840.  Maybe too close. Inevitably this connection centres on the music for “The Nutcracker”. This hardy perennial dance work, based on the Christmas tale by ETH Hoffmann, has, for many people, become ballet’s virtual epicentre – ballet equals “The Nutcracker”.

Indeed, talk with the directors of ballet companies around the world and one learns that “The Nutcracker” generates at least a quarter of their annual revenue – a terpsichorean “shock and awe”. The visions of all those twirling snowflakes and flowers, the Chinese dancers, the clutch of cutesy rodent soldiers – and the rest – are burned forever into the memories of parents on every continent – except Antarctica.

Despite The Nutcracker’s omnipresent influence, Tchaikovsky’s musical fame, of course, rests on many other works such as a group of ballets that are the core of the contemporary classical ballet canon, “Swan Lake” and “Sleeping Beauty”, six symphonies, most especially numbers four, five and six, a whole raft of luminous chamber music, 10 operas, including the remarkable “Eugene Onegin”, his first piano concerto and a violin concerto – and every orchestra’s pops concert favourite, “The 1812 Overture”.

This last work was commissioned to celebrate the Russian victory over Napoleon, hence its name, and successive generations of conductors have layered on live cannon fire, fireworks, laser weapons and pretty much anything else that can go BOOM with lots of authority, smoke, shakings of the earth and cause permanent hearing damage.

Long dead, Tchaikovsky’s impact even reached deep into the psyche of the Cold War. In 1958,  at the peak of the nuclear and political stalemate between the US and the USSR, the 23-year old Texan pianist, Van Cliburn, in defiance of the world’s handicappers, most musical observers and a stunned, disbelieving public, won first prize at the quadrennial Tchaikovsky piano competition in Moscow, playing both the Tchaikovsky First Piano Concerto and Rachmaninov’s Piano Concerto Number Three.

This international music competition had been especially designed to demonstrate Soviet cultural superiority, on the heels of their successful launch of Sputnik the year before. Van Cliburn’s performance was such he received an eight-minute, standing ovation from the snobbish Moscow crowd and the judges and competition organisers felt compelled to contact Soviet Premier Nikita Khruschev to get permission to actually give Van Cliburn first prize, despite his nationality. The Soviet leader famously answered with, “Is he the best? Well then, give him the prize.” On Van Cliburn’s return to America, he got a New York City ticker tape parade and a Time magazine cover with the caption: “The Texan Who Conquered Russia.” And he did his bit to start to unwind the Cold War.

As a child, Tchaikovsky was a precocious musical prodigy.  Success came to him quickly. His music was easily accepted by a delighted public (though not nearly so well by his contemporary composers in Russia), but his personal and interior life was, in a word, a mess. Between bouts of depression, dependence on powerful sponsors, and a disastrous marriage, he also suffered from a repressed, secret homosexuality that inevitably affected his emotional stability. By the end of his life, Tchaikovsky was probably moving towards a way to end it all – and romantic legend has it that he did just that by drinking the contaminated water that led to his death from cholera. Suicide or carelessness? This has become one of the world’s great romantic musical mysteries and it has contributed to the Tchaikovsky legend of a tormented composer who couldn’t recognise or live with success.

As a student, Tchaikovsky had studied law and public administration, joined the Russian civil service down in the weeds, rising through the lower ranks of government in his three-year career. Clearly not a good fit for him, he eventually entered the St Petersburg Conservatory to study music with luminaries such as Anton Rubinstein and graduated in 1865.

In 1877 he married one of his former students, Antonina Miliukova, a personal move that worked out very, very badly, ended quickly and led to a severe emotional collapse. Living in Clarens, Switzerland, after this, he wrote to his brother:

“Thanks to the regularity of my life, to the sometimes tedious, but always inviolable calm, and above all, thanks to time which heals all wounds, I have completely recovered from my insanity. There’s no doubt that for some months on end I was a bit insane, and only now, when I’m completely recovered, have I learned to relate objectively to everything which I did during my brief insanity. That man who in May took it into his head to marry Antonina Ivanova, who during June wrote a whole opera as though nothing had happened, who in July married, who in September fled from his wife, who in November railed at Rome and so on—that man wasn’t I, but another Pyotr Ilyich.”

And then, a few days later, he would write to his brother again, apparently accepting who he was sexually, admitting that there was “nothing more futile than wanting to be anything other than what I am by nature”.

“The Russian composer Tchaikovsky is surely no ordinary talent, but rather, an inflated one, obsessed with posturing as a man of genius, and lacking all discrimination and taste … the same can be said for his new, long and ambitious Violin Concerto. For a while it proceeds soberly, musically, and not mindlessly, but soon vulgarity gains the upper hand and dominates until the end of the first movement. The violin is no longer played: it is tugged about, torn, beaten black and blue … The Adagio is well on the way to reconciling us and winning us over when, all too soon, it breaks off to make way for a finale that transports us to the brutal and wretched jollity of a Russian church festival. We see a host of gross and savage faces, hear crude curses, and smell the booze. In the course of a discussion of obscener illustrations, Friedrich Vischer once maintained that there were pictures whose stink one could see. Tchaikovsky’s Violin Concerto confronts us for the first time with the hideous idea that there may be musical compositions whose stink one can hear.”

Bad judgement, that, especially since the work has been recorded dozens and dozens of times by the world’s best violinists, and performed hundreds and hundreds of times around the world in the years since its composition.

Around this time, a wealthy widow, Nadezhda von Meck, became Tchaikovsky’s patroness and confidante –  she eventually put him on a sufficiently generous stipend that he could resign from teaching at the conservatory in Moscow and concentrate fully on his compositions.  Because she didn’t really want to meet him face to face (who knows why), they exchanged more than 1,000 letters over their 13-year relationship. Another romantic mystery. Email, Twitter or the SMS might have helped here. Nonetheless, his letters to her, and her encouragement to him, allowed him to sort out his musical ideas and feelings in a way no other relationship had done for him up to that time. Or, as he wrote to her:

“There is something so special about our relationship that it often stops me in my tracks with amazement. I have told you more than once, I believe, that you have come to seem to me the hand of Fate itself, watching over me and protecting me. The very fact that I do not know you personally, while feeling so close to you, accords you in my eyes the special status of an unseen but benevolent presence, like a benign Providence.”

Then, after some years of peripatetic wanderings and performances, helping to fuel the image of the composer as a tortured genius, he returned to Russia for new successes as a pianist, a conductor and composer – particularly when his opera “Eugene Onegin” consolidated his reputation in Russia and beyond. Despite an initial lack of warmth with “The Five” (Mily Balakirev, César Cui, Modest Mussorgsky, Nikolai Rimsky-Korsakov and Alexander Borodin), he eventually became friendly with fellow composers Glazunov, Liadov and Rimsky-Korsakov and successfully promoted their music. These relationships also apparently helped consolidate his own self-regard for his own compositions – after years of that punishing lack of confidence in his worth as a composer. But it didn’t last. Tchaikovsky died in St Petersburg on 6 November 1893, aged 53, and a little more than a week after the premiere of his final symphony, the Pathétique. To almost anyone who has ever heard it, this work seems like an eerie, haunting premonition of the composer’s own impending death.

For more, go to Wikipedia, Classical archives, Ballet Met, Petrucci Music Library, among many other sites dedicated to Tchaikovsky’s life and work.

Watch: Okay, okay, we know you wanted us to give you the 1812 overture. Here it is, with real cannons, fireworks and lots of beautiful noise. Yuri Temirkanov conducts the Leningrad Philharmonic and The Leningrad Military Orchestras, in the Tchaikovski’s 150th birthday gala, 1990.