Hang on UK, this looks like a hung parliament

Hang on UK, this looks like a hung parliament 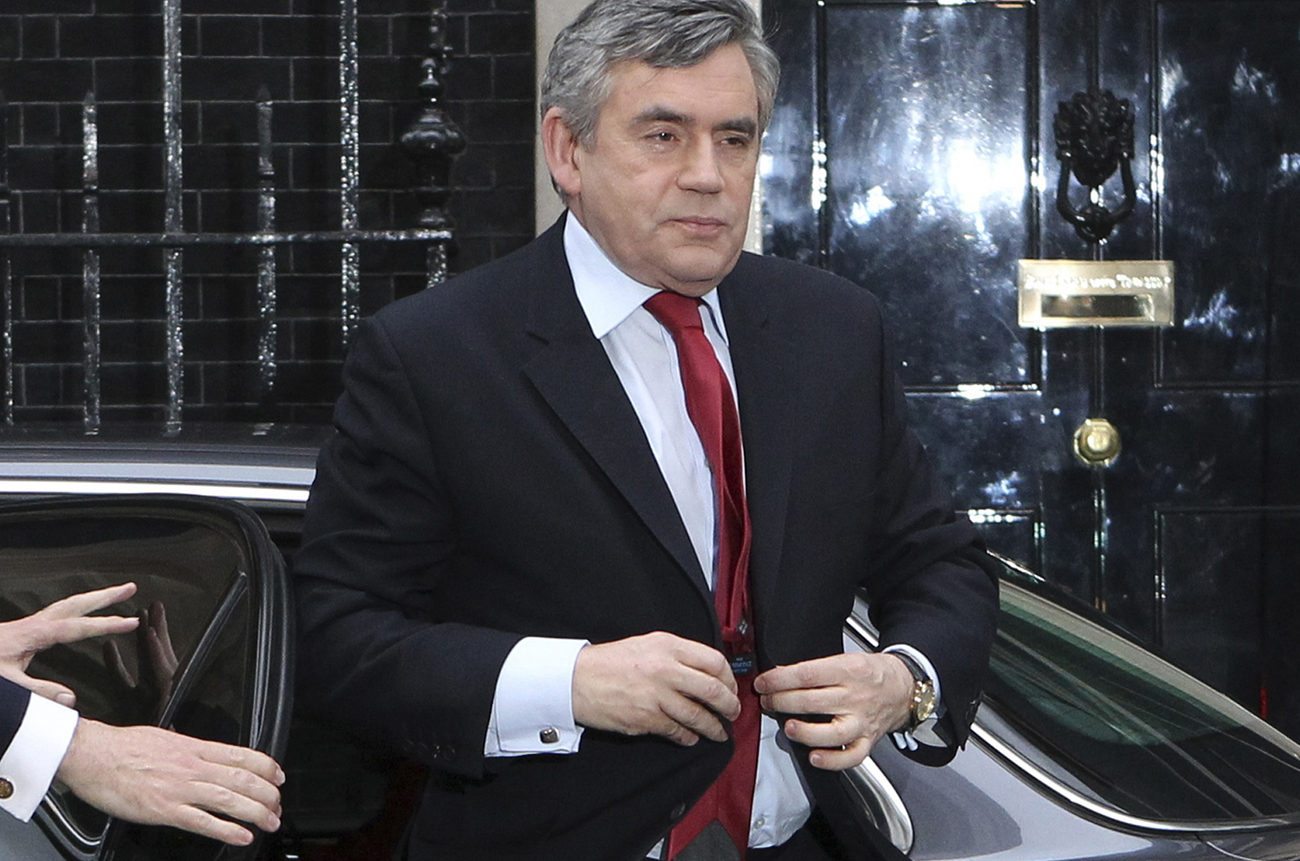 After weeks of campaigning, three precedent-setting tripartite debates and Gordon Brown’s “bigoted woman” microphone-malfunction, incomplete results from the UK’s 6 May general election give the Tories the edge. However, predictions are that, when all the votes are counted, the UK faces a hung parliament.

David Cameron’s Conservative party will most likely end up being about 20 seats short of a clear majority, resulting in that much-spoken about “hung parliament”. In response, current Prime Minister Gordon Brown of Labour has already been speaking of reaching across to Nick Clegg’s Liberal Democrats to form a coalition government for the UK for the first time in two generations.

Back in 1974, Ted Heath’s Tories won the largest number of seats in the February election (but not an absolute majority) and they tried to forge a coalition that would allow them to stay in power. After trying to gain support from several independent MPs from Northern Ireland, Heath ultimately couldn’t hold together his government and yielded power to Harold Wilson’s Labour Party. Wilson then called a new election in October, thereby gaining a 3-seat majority

This British general election may well bring to an end the Labour’s 13-year run as ruling party. But, despite Labour’s overall drubbing at the polls, the Tories will apparently be unable to win a clear majority of 326 parliamentary seats. One big surprise so far has been that, despite Nick Clegg’s meteoric ascent into public attention and his generally creditable performance in the three televised debates, his Liberal Democratic Party has ultimately been unable to translate that initial buzz into a major increase in the number of constituencies won.

Britain’s “first past the post” electoral process – rather than proportional representation – on the basis of overall votes won constituency-by-constituency, as with most European democracies, is largely responsible for this result. The Liberal Democrats have significant levels of support in many constituencies across the nation, but have had actual pluralities in relatively few of districts. Most of their outright wins have come in northern Scotland, the southern half of Wales and in and around several major cities.

At around 8:30am South Africa time (GMT +2) on Friday, with 326 seats needed, the Conservatives had taken 285 seats (up 87 on the previous election) and Labour had 234 (down 81), while the Liberal Democrats held 50 seats – down 6 over their previous number. A scattering of other smaller regional parties, as well as the Green Party, apparently have won seats as well. Results from 52 seats were not yet available.

Regardless of the final results, and putting aside the consequences of the so-called “bigot-gate”, the character of British elections may well have changed forever with the introduction of nationally televised, face-to-face debates between party leaders. In future, elections will almost certainly depend more on the ability of party leaders to reach out directly to a national audience, rather than in face-to-face, so-called “retail politics” – mimicking to some degree the contemporary US electoral process with its presidential candidate debates and the overwhelming use of television.

Moreover, some British voters have been frustrated by the mechanics of the voting process, as well as the implications of their “winner takes all” constituency electoral system. Some voters were angry they were prevented from voting before the country’s polling stations closed at 10pm British time. In addition, in several spots around the nation, the police were actually called in to watch over sit-ins by angry would-be voters. In other voting stations, officials actually ran out of ballot papers forcing voters to wait until additional supplies arrived. Some of this raises the spectre of legal challenges to some winners further occluding any final winners’ tallies for some days to come.

For the latter issue of how votes finally produce winners and losers, there are concerns by some that the lack of any allocation of winners in accord with proportional voting – a key Liberal Democratic policy plank – effectively disenfranchises some British voters. While the basics of the country’s parliamentary system are unlikely to be overturned any time soon, this issue will almost certainly become a larger part of the national political discussion in the future.

This time around, the British election was dominated by concerns about immigration to the UK (much of it from new EU members such as Poland); anger over the parliamentary expenses accounts scandal, fears that the consequences of the Great Recession will lead to severe government budget (and services) cuts for the young, the elderly, the infirm and the poor, and the implications of growing government debt that might, ultimately, turn the UK into one of those dreaded PIIGS (Euro-speak for Portugal, Ireland, Italy, Greece and Spain).

As a result of the likely hung parliament, the horse-trading will now begin in earnest. Although David Cameron has claimed Labour has lost any mandate to govern, Gordon Brown has already made the first foray into the creation of a ruling coalition, speaking publicly about the possibility of ruling with the Liberal Democrats. Labour has asserted that as the sitting government, it is up to them to make the first effort to forge any alliance with the Liberal Democrats – or anybody else they can rope into to form a majority coalition – and so the Tories only get a chance to try to form a government once Gordon Brown has resigned. As Labour’s Lord Mandelson told the BBC: “If it’s a hung parliament, it’s not the party with the largest number of seats that has first go, it’s the sitting government.”

Ultimately, however, if Labour cannot build its coalition, and if the Tories actually gain more than 300 seats (but less than a full majority), it is possible that they could assert a claim to victory, form a government and then get most of their measures passed in the House of Commons by relying on the support of several smaller parties on a vote-by-vote basis – or on the abstentions of these same members. But all of this could make any ruling party’s margin so tenuous it might well make the next UK government resemble one of those intricately balanced, extremely fragile Italian governments of the 1970s and 80s.

To track winners and losers, readers can follow the results on a continuing basis at BBC. This site also features a great constituency by constituency, interactive map.

Main photo: Britain’s Prime Minister Gordon Brown arrives in Downing Street, in central London May 7, 2010. The Conservatives look on course to be the largest party in parliament after the closest election in three decades, but without a clear majority, leaving it uncertain who will eventually run the country. REUTERS/Cathal Mcnaughton