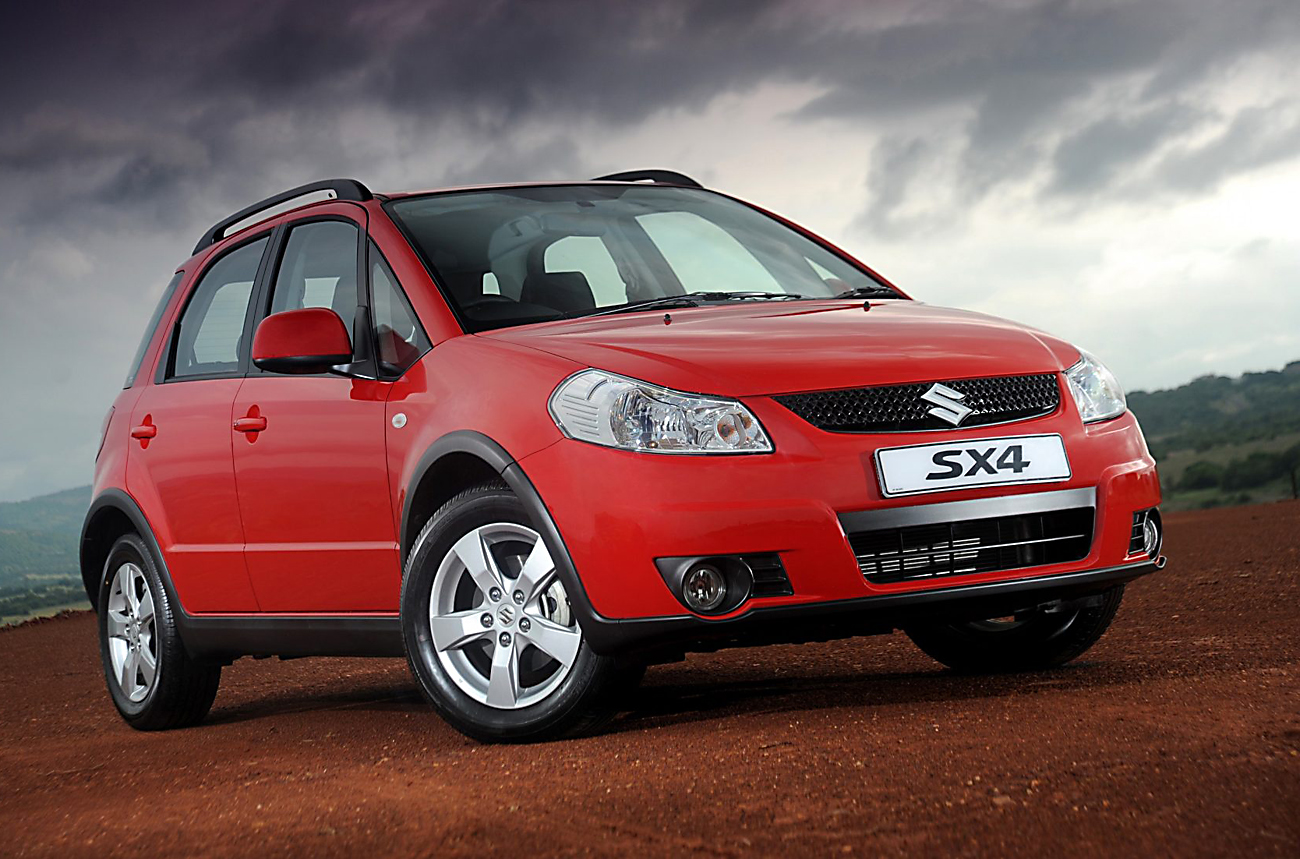 South Africa and 4x4s are synonymous – and not always for the right reasons. Some want the gung-ho image in urban traffic. Others believe they’re necessary for surviving the potholes and debris of the concrete jungle. And then there are those who want to explore all the hidden gems of the roads less travelled.

Until quite recently, you’d be forgiven for believing that Suzuki only makes motorcycles  – which the Japanese brand does. But it also manufactures cars and SUVs, as well as a pretty useful line-up of four-stroke outboard marine motors.

However, once GM had returned to South Africa after 1994, and retrieved the reins from Delta’s owners to rule the Chevrolet, Opel and Isuzu roosts again, it politely ended its arrangement with Suzuki. However, it seemed the Japanese brand had plans of its own and in 2008 it established Suzuki Auto SA, a wholly owned subsidiary of the Suzuki Motor Company offering an extended line-up of passenger cars and SUVs.

Perhaps the most interesting member of this line-up was the SX4 – a versatile, ruggedly handsome compact hatchback with the raised stance of an all-terrainer. However, it was a case of more bark than bite. Despite its go-anywhere appearance, the SX4’s front-wheel-drive configuration meant it had no more traction than a normal hatch.

Enter the new, improved SX4. In addition to a mild cosmetic facelift, and an improved 2.0litre engine with more power and greater efficiency, the most important change to the 2010 range is the addition of an all-wheel drive derivative.

That doesn’t transform the compact Suzuki into a bundu basher, but it does boost traction and composure over the kind of terrain you wouldn’t want to subject your average road-going hatchback to. And those benefits even extend to on-road driving.

Appearance-wise, the SX4 remains distinctive, but more because of its taller stance and chunky proportions than its outright aesthetic appeal. The design approach is uncluttered and contemporary, with a bold, S-badged grille and wrap-around headlights ensuring an easily recognised identity. Compared to normal hatchbacks, the raised stance is the most obvious differentiating factor, but there are other clues to its all-terrain pretensions – front and rear scuff plates, black plastic outlines for the wheel arches, and black anodised roof rails.

The result is a car that attracts attention; often for its quirky, quasi-4×4 presentation, rather than just because of its tidy, even cheeky visual presentation.

Don’t expect too much in terms of personality from the interior, though. The cabin layout is efficient and functional, with intuitive ergonomics that promote ease of use. But the overall impression is pretty ordinary.

Comfort levels are high, though, and the quality of the fit and finish is well above the norm. There’s a pervading sense of rock-solid longevity that augurs well for long-term use. The plastics look and feel upmarket, the metallic surfaces have just the right gleam to look the part and the switchgear operates with positive precision.

Put it this way: Don’t just look at the interior. Get in, adjust the seat, grab the leather-trimmed steering wheel, play with the controls. The Suzuki cabin’s tactile appeal far outshines its visual attributes.

It’s also a surprisingly spacious and versatile place. Leg- and headroom are impressive for both front and rear occupants, although the latter is achieved at the cost of boot space, which is below par at only 253 litres.

Yes, the split rear backrest can be folded flat to boost luggage capacity to 992 litres. But if you’re planning a family holiday, best you start googling for the best price on a Venter trailer. Or leave the kids at home. But for us, the real appeal of the SX4 is its dynamic ability. Driven on tar, which is where most examples will spend the majority of their driving time, the Suzuki feels solid, confident and composed – just as its appearance implies.

The raised stance translates into a better view of the surroundings, which is one of the primary SUV attractions. But the SX4 still feels and handles like a normal hatchback: there is no exaggerated body roll, no truck-like turning circle.

The 2.0litre engine is lively enough, delivering 112kW of muscle at 6,200rpm, while the 190Nm torque peak is reached at 4,000rpm. That sounds a little peaky, and it’s true that the four-cylinder petrol enjoys being revved, but it also delivers ample midrange punch, and has little trouble ensuring all-round dynamic sparkle.

The gearbox is a six-speed manual unit, which in turn delivers the urge to all four wheels via what Suzuki calls an intelligent all-wheel drive system. It allows the driver to choose between either front-wheel drive (for normal, on-road driving), or two four-wheel drive modes.

There’s 4WD Auto, which seamlessly transfers power between the front and rear wheels via an electronically controlled multi-plate clutch. If the front wheels lose traction, power can be proportionately directed to the rear wheels to provide extra traction and control.

The second option, termed 4WD Lock, maintains a fixed 50:50 torque split between the front and rear axles to sustain traction in poor conditions at speeds below 60km/h. The system reverts back to 4WD Auto at higher velocities.

In reality, the additional traction provided by the all-wheel drive system, combined with the SX4’s 175mm ground clearance, allow a level of all-terrain capability well ahead of normal, road-going hatchbacks.

The Suzuki bravely tackles, and easily conquers, rutted gravel tracks, sand roads and muddy terrain. It’s not a genuine 4×4 SUV, but it’s not meant to be. Instead, it remains a nimble, user-friendly hatchback, but one that you can take down a dirt road without worrying about getting stuck or holing a sump.

In town and on tar, it’s a frisky performer, with more than enough pep to please even those in a hurry (which is probably most of us). And the full-house list of creature comforts makes life behind the SX4’s wheel a pleasant experience, even if you do get stuck in traffic (which is why we’re always in a hurry).

Included are all the usual mod cons such as air-con, electric windows and mirrors, remote central locking, a decent CD sound system with an auxiliary socket for your iPod and loads of cup holders. Six airbags, ABS brakes and ESP stability control add safety to the SX4’s extensive list of attributes, too.

The SX4 2.0 AWD scores high marks for versatility, functionality, comfort and dynamic appeal. It’s fun to drive, comfortable to be in, and distinctive enough to stand out from the crowd. The Suzuki dealer network is now well established, and the car is backed by six-year/90,000km service plan, in addition to its three-year/100,000km warranty.

Besides, the R229 500 asking price reflects fair value for a hatchback offering fun – and fuss-free 4×4 driving – in a single, distinctive package. You’ll never need to fear those potholes again…