06 May: Greek bailout sends next wave of fear through m...

06 May: Greek bailout sends next wave of fear through markets 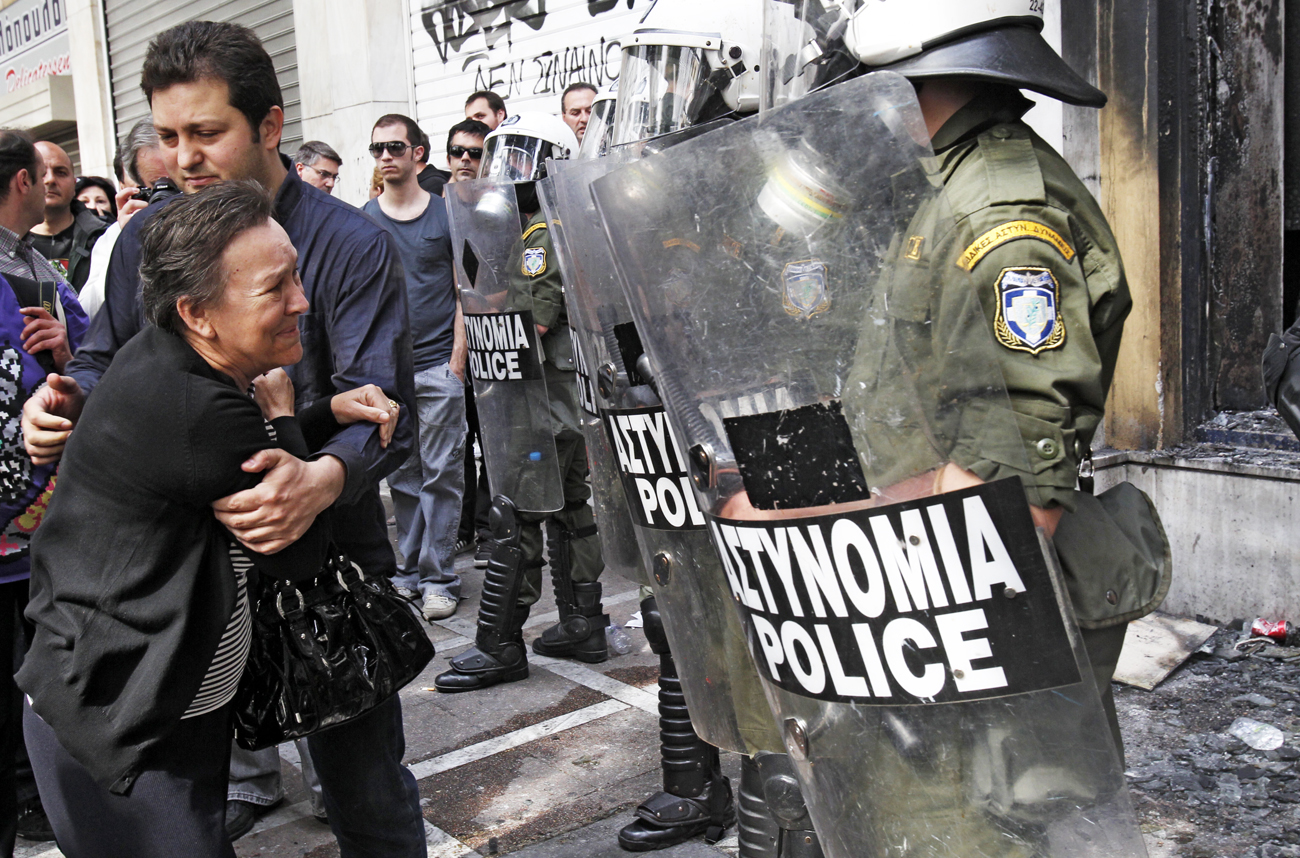 Greek bailout sends next wave of fear through markets

Days after a $134 billion bailout of Greece, fears have spread through financial markets that Spain, Portugal, Italy, Ireland and even possibly Britain and the US are soon to feel the heat of debt contagion. That could perhaps presage a double-dip recession in the global economy, as feared by some and ignored by many. The ungainly pairing of the EU and the International Monetary Fund as Greece’s rescuers-in-chief has done little to allay the fears, and now some analysts are calling for help for some of the largest of the eurozone-affected economies suffering from low growth and high debt levels. They propose the European Central Bank buys back billions of euros of unwanted Greek, Portuguese and Spanish debt and that the IMF engages in a large bailout for Spain. Spain’s overall debt burden is said to be fairly modest at around 53% of national income, compared to 115% for Greece. Nonetheless, such a bailout could cost more than the $700 billion the US spent in backing up failing banks in late 2008. But the real issue is whether the EU and IMF could actually work together to pull this off.

Photo: An relative arrives at the scene after the people perished in a bank that was set on fire during demonstrations in Athens, May 5, 2010. Three people reportedly died in the fire. Greece faced a day of demonstrations during a nationwide strike by civil servants protesting the announcement of draconian austeristy measures. REUTERS/John Kolesidis

With media agencies repeating the unfolding details of the catastrophic oil spill in the Gulf of Mexico, few have analysed what went wrong when the Deepwater Horizon rig exploded and sunk in April, killing 11 workers. But what has come to light is that the US Minerals Management Service — charged with monitoring and enforcing safety rules on oil rigs — awarded operator Transocean a top safety ticket in 2008, crediting the company’s “outstanding drilling operations” and a “perfect performance period.” Now, Transocean is claiming the award should be seen as evidence of the company’s longstanding commitment to safety, despite the dead workers, some 800,000 litres of oil spewing into the Gulf each day and industry experts scratching their heads as to how to stop the gusher. So, Transocean’s commitment to safety looks a little thin, especially after media reports indicated the company’s website highlights a hip-hop-themed music video filmed aboard the Deepwater Horizon that encouraged workers to ensure they kept their hands out of danger. That video doesn’t synch with the deadly explosion that took the rig to the bottom. Even more ironically, the oil industry was patting itself on the back at the world’s biggest offshore drilling exposition in Houston this week.

Canadian safety regulators may have been as opaque as Toyota

Canada and the US are seemingly like chalk and cheese when it comes to the manner in which they have treated Toyota’s safety recalls. Cars and car parts are a major export for Canada, and this seems to have softened the approach taken over Toyota’s sudden acceleration problems and sticky floor mats. The US national highway traffic safety administration has said the world’s largest car maker provided inaccurate, tardy and misleading information over its safety problems, while the Canadians lauded Toyota’s prompt actions to protect consumers. This led regulators in Washington to reckon Toyota was more cooperative with their Canadian counterparts, but newly released documents from Canadian regulator Transport Canada show that behind the scenes, some Canadian regulators felt Toyota Canada’s actions seriously undermined the safety issues.

The US Federal Communications Commission says it will try to regulate broadband Internet services despite a recent court ruling that it has limited powers to do so, as it considers broadband services a vital hybrid between an information service and a utility, and this gives it sufficient power to regulate Internet traffic. Content companies such as Amazon and Google don’t want Internet service providers to have the power to charge them for access to customers or for faster download speeds, so the FCC’s intentions may help them beat off being strangled by phone (hello, Telkom) and cable companies that provide Internet services. The FCC has limited authority over information services, but has huge powers to regulate certain utilities, so it’s claiming a mix of those powers can be applied to broadband services. It says it wants to restore the status quo prior to the court decision, and extend broadband to all Americans, while protecting consumers, ensuring fair competition and preserving a free and open Internet.

Government-sponsored US mortgage giant Freddie Mac has its hands out for $10.6 billion more in federal aid after posting a big loss in the first three months of the year. That will bring the total bill for rescuing Freddie Mac from the September 2008 market collapse to $61.3 billion, meaning that US taxpayers’ own an even larger chunk of the home-loan originator. Freddie Mac says it lost $8 billion in the first quarter, signalling that the US home loan market is still not out of the woods. But the results are better than the $10.4 billion in the same period a year ago, although the company warns that new accounting standards make it difficult to compare the periods. Freddie Mac says it’s seeing some signs of stabilisation in the housing market, but that things remain fragile because of historically high delinquency and foreclosure levels on the back of high unemployment. Freddie Mac and sibling company Fannie Mae buy mortgages from lenders and package them into bonds that are resold to global investors.