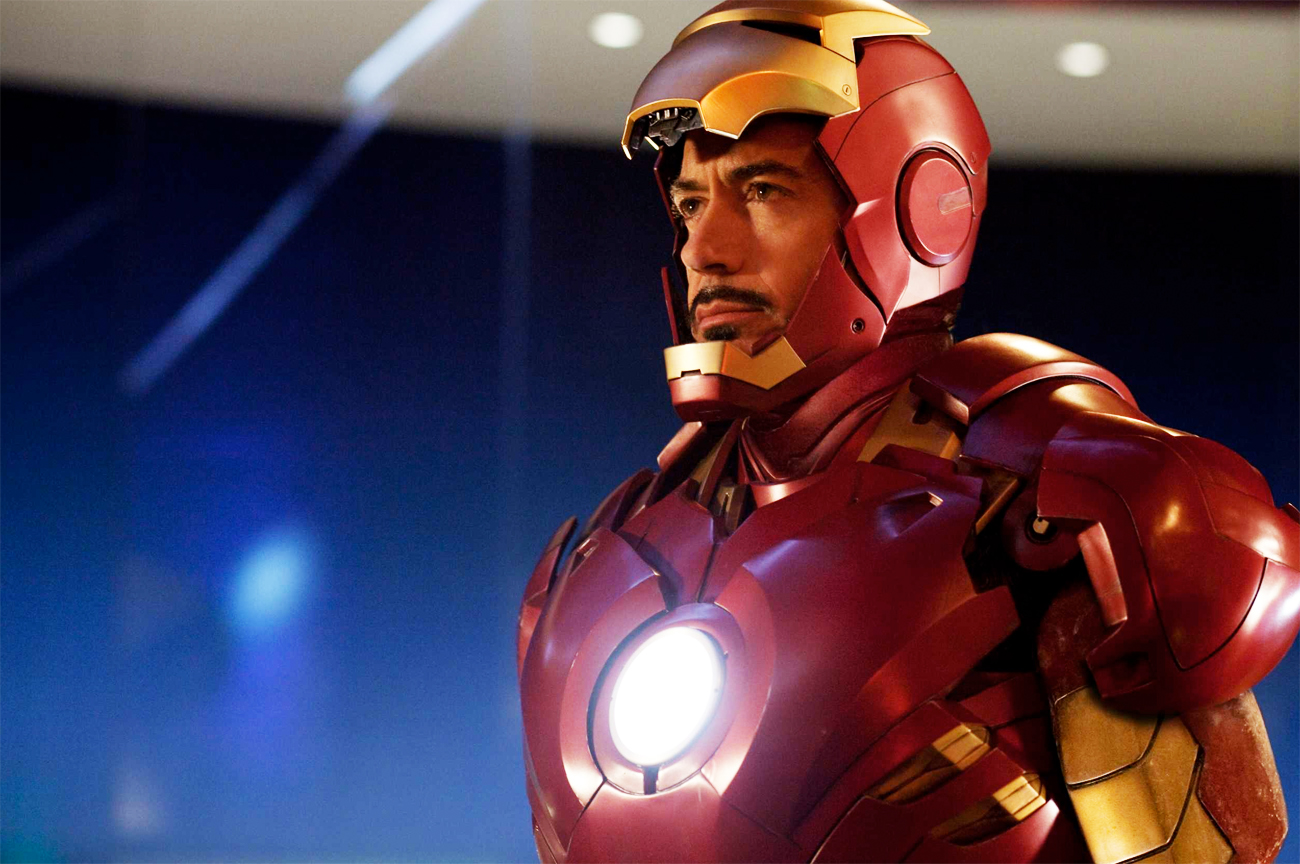 This weekend’s opening of “Iron Man 2” marks more than 70 years for Marvel, a company that’s grown from a two-bit pulp-fiction print house into a modern business monster. For anyone who’s ever loved comics, Iron Man is not just the spectacle of the movie, but a reminder of days spent in dusty bookstores thumbing through print portals to other worlds. As for the movie, well, it’s a well-oiled money-making machine. There are three good reasons to see “Iron Man 2”. Mickey Rourke. Mickey Rourke. Mickey Rourke. Not since Heath Ledger made “The Dark Night” his own playing The Joker, have we seen a villain quite this good. A physicist and bionic-bad-boy with metallic teeth, Rourke is formidable as the Muscovite-accented Ivan Vanko in a role that really should have enjoyed more on-screen time. Other good reasons to see the flick are the special effects, Scarlett Johansson, music by AC/DC and the don’t-blink cameo by Stan Lee, creator of the Iron Man character.

Then of course, there’s the man himself. Predictably, the movie belongs to Robert Downey Jnr who delivers consistently as Tony Stark, the trillionaire (who we discover isn’t quite as self-made as the movie’s forerunner led us to believe) and ego-maniac everyone loves to love. A geeky hi-tech weapons entrepreneur, the urbane and charming Stark battles his failing heart, inner demons, outer villains and business rivals, while making money by saving the world. To quote a Starkism: “I have successfully privatised world peace!”

The special effects are spectacular and it is pleasing to see that director Jon Favreau put his $200 million budget to good use here. The action sequences are awesome, as are the Transformer-style CGI effects. Almost as hot as Scarlett Johansson who plays Stark’s ninja-esque love interest, “Black Widow”. It would have helped if Favreau spent more money on and attention to plot and continuity. Let’s face it, you don’t go to see “Iron Man 2” looking for the plot complexities of the Coen brothers, but the abandoned plot and loose ends just made the story messy. If you’re looking for an unchallenging roller-coaster ride with some dialogue, a star-studded cast and über action, you could do worse than seeing “Iron Man 2”.

In a turnabout of convention, the sequel premiered outside of the US raking in more than $100 million before opening on home ground. This makes it a solid contributor to the Marvel Entertainment empire that started 71 years ago when Martin Goodman decided to publish more than just pulp-fiction Westerns.

Goodman saw opportunity in the emerging comic industry and founded the company that would go on to become Marvel Comics. Today the empire (Marvel Entertainment LLC) is home to more than 5,000 characters, with tentacles that stretch across the globe and into every medium and virtually every branding opportunity you can imagine.

For anyone who has held a Marvel print with villains like Magneto, Galactus or Doctor Doom between their fingers in the days long before Disney bought the business and it was all about the comics, there’s a huge sense of nostalgia. This reporter’s memories of Wolverine, the Hulk, the Fantastic Four, Captain America and Doctor Strange come from her younger brother’s addiction. Endless hours spent in decaying second-hand bookshops trying to find first editions. The bookshelves of his room filled with rare collectibles, each issue neatly inserted into a plastic Jiffy protector. One of those plastic bags held a comic by the name of “Iron Man”. At the height of the Cold War and in the middle of fierce opposition to the Vietnam war, the strange geniuses behind Marvel Comics decided to create a military character the American public would love. So in 1963 archetypal military industrialist Tony Stark was born from the imaginations of Stan Lee, Larry Lieber, Don Heck and Jack Kirby.

“I think I gave myself a dare. It was the height of the Cold War. The readers, the young readers, if there was one thing they hated, it was war, it was the military … So I got a hero who represented that to the hundredth degree,” says Stan Lee, who first conceived the idea for the character. “He was a weapons manufacturer, he was providing weapons for the Army, he was rich, he was an industrialist … I thought it would be fun to take the kind of character that nobody would like, none of our readers would like, and shove him down their throats and make them like him … And he became very popular.” What’s interesting about Iron Man is the contradiction. As writer Gerry Conway explains: “Here you have this character, who on the outside is invulnerable, I mean, just can’t be touched, but inside is a wounded figure. Stan made it very much an in-your-face wound, you know, his heart was broken, you know, literally broken. But there’s a metaphor going on there. And that’s, I think, what made that character interesting.”

Find everything you need to know about Iron Man 2 at IMDb.