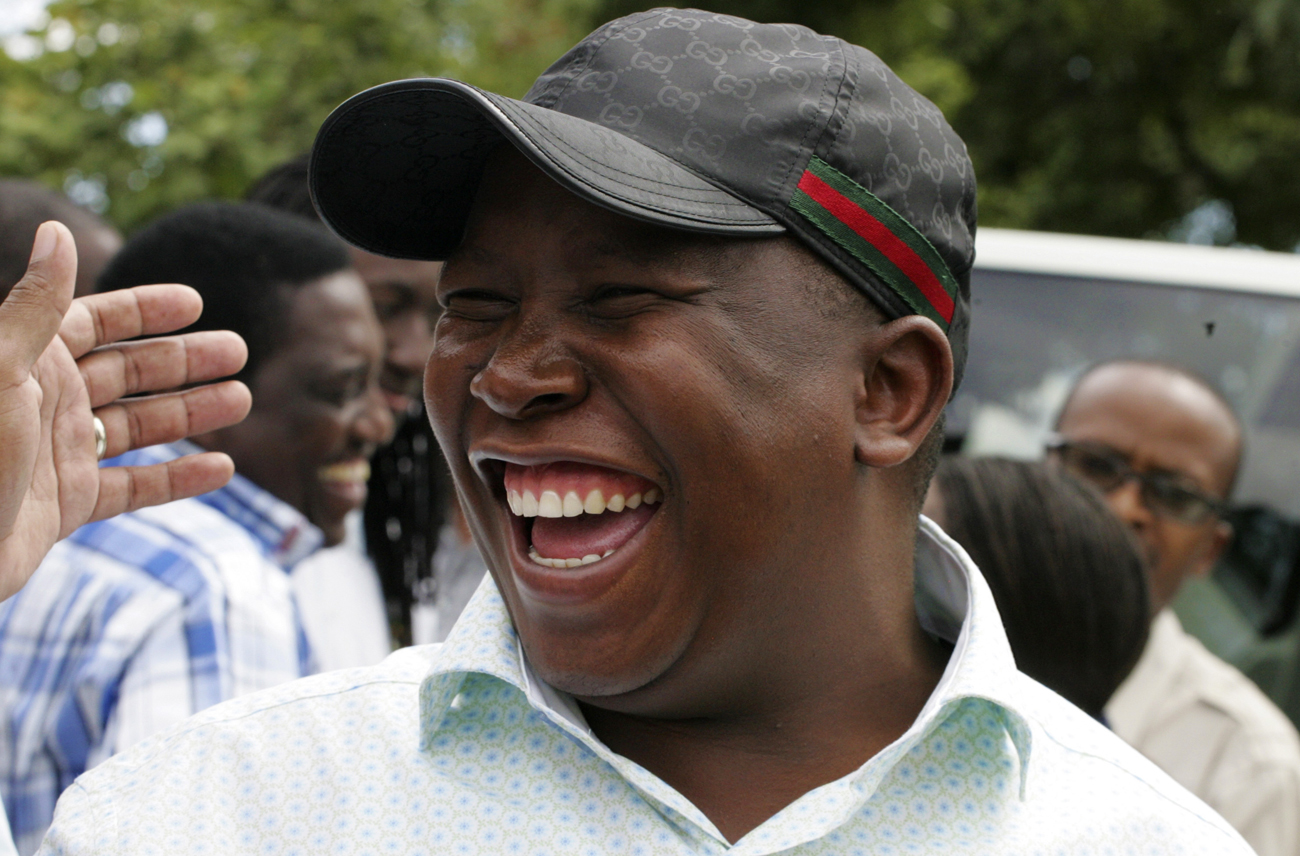 On Monday, ANC Youth League boss will sit in front of what is described as a not-entirely friendly disciplinary panel. It will be a small step for a man-child, but probably a giant leap for the ANC. Possibly its most important moment since Polokwane.

The next two weeks should decide the future course of the ANC, and by extension the country, for the next five years. This is the moment when the real people in the ANC will need to stand up or shut-up. It’s the time when the non-corrupt, the ones who are still part of the liberation movement, the ones who really believe in a better life for all, need to show they have some spine. They have to stand up and stay there. They have to say loud and clear that they did not sacrifice their youth to liberate this country, they did not watch their friends die, their relatives disappear, their children grow up without them, just so a few people could get rich, and then take the country down with them.

You may think we’re going a little over the top. We’re not and here’s why. If Malema wins this, if he comes out of this disciplinary process with nothing having being pinned on him, he will have defied President Jacob Zuma and lived. Zuma will be the leader who went on national television to say he’s taking action against Malema.

And he will have lost.

It’s not like announcing a policy that doesn’t materialise. It’s completely different. Zuma has basically said, I am acting against someone very junior to me, someone who must listen to me, and someone against whom the rest of the ANC must back me.

And, if defeated, he will have come away showing that Malema is more powerful, has more support than him. Should that happen, then really, no one is running the ANC. And that, after only a light translation, means that no one is really running the country either.

Malema will come out presuming he’s now all-powerful. He will be able to dominate, not just the news agenda as he has done so well, but the political agenda as well. Cabinet ministers will want to run policies through him rather than Zuma. Wouldn’t you, if Malema is still there after all the efforts to bring him down, and the president is seen as the man without power, and on his way out?

But let’s look at the process. The hearing starts off with a prosecutor putting the charges to Malema, who is allowed a lawyer. He’s gone for a big gun, in Mathews Phosa. But just bear in mind, there’s a huge amount of spin going on, and while it’s probably true, it may not be. If we were Malema, Phosa would be one of our first choices, just because of his inter-ANC clout. But Phosa himself is also playing a “Blade Runner” game: Should the eventual result go against Malema, well, things may not be so much fun for him after that.

Both Malema and the prosecutor can call witnesses. He’s likely to face some newspaper cuttings or video recordings here. Ah, sweet irony. Being hanged by the very media outlets he hates and yet courts so much. Crucially, he will be able to put across his defence. Then, we presume, the committee gets to vote. Looking at the make-up of this committee, it seems unlikely Malema could get off scot-free.

And Malema will know this crowd well. He’ll also know what he’s in for. Which is probably why he may have decided to plead guilty. It removes all the tension from the affair, because then he can plead that he’s a loyal cadre, who’s realised he erred. It’s quite cunning actually, and has all the hallmarks of a Phosa move.

So if he is guilty, then what? Technically, it’s the national executive committee that makes any final decision, because the disciplinary committee report still has to be approved by them. The NEC is notoriously reluctant to approve harsh sentences, the last example being their 2006 refusal to expel Mbulelo Goniwe, then chief whip of the ANC in the Parliament, the move recommended by the disciplinary commission of the day, chaired by Kader Asmal.

And even if the NEC agrees with a guilty verdict? Get any ideas of Malema being drummed out of the party out of your head right now. It’s just not going to happen; he’d have to do far worse things for that to happen.

In the real world of ANC politics, there are several options. He could be temporarily suspended, which is hugely unlikely. Or he could be made to “perform useful works”. Yip, that’s an ANC phrase, in its disciplinary code. And yes, think about Malema down in a coal mine making sure that the power stations have enough of the stuff to keep your lights on. Again, in reality, it would probably mean more visits to under-privileged communities.

But there is another more likely option. If we were Zuma our main aim is to make sure we’re seen to take action, but not to rock the boat too much in real world. We want to make sure Malema toes the line from now on, we have to be seen to be bigger and stronger than him. Here’s how we could do it.

The committee finds him guilty and then provides a set of rules and regulations for his future behaviour. That would be fairly easy to get the NEC to support. Then, if he crosses those lines, the NEC itself would look pretty stupid in not enforcing something it supported. It’s the equivalent of a suspended sentence if you like. Malema would stay on in his job, but would be effectively muzzled. And he can probably forget his boasts about having 24-hour access to Zuma.

From all sides, Zuma appears to be the kind of politician who, above all, values the quiet life and dislikes open, public fights. But he also knows a threat to his authority when he sees it. So he has to act, but he doesn’t want to take on Malema directly. The “suspended sentence” option would probably satisfy both those requirements.

But act Zuma must. He must back the disciplinary committee. If Zuma comes out of this untarnished and Malema is weakened, it could be the start of a real presidency. If he doesn’t, it’s the end of it. And the end of discipline in his party for a generation. And that would probably be the end of the ANC as we know it – eventually.

Grootes is an Eyewitness News reporter