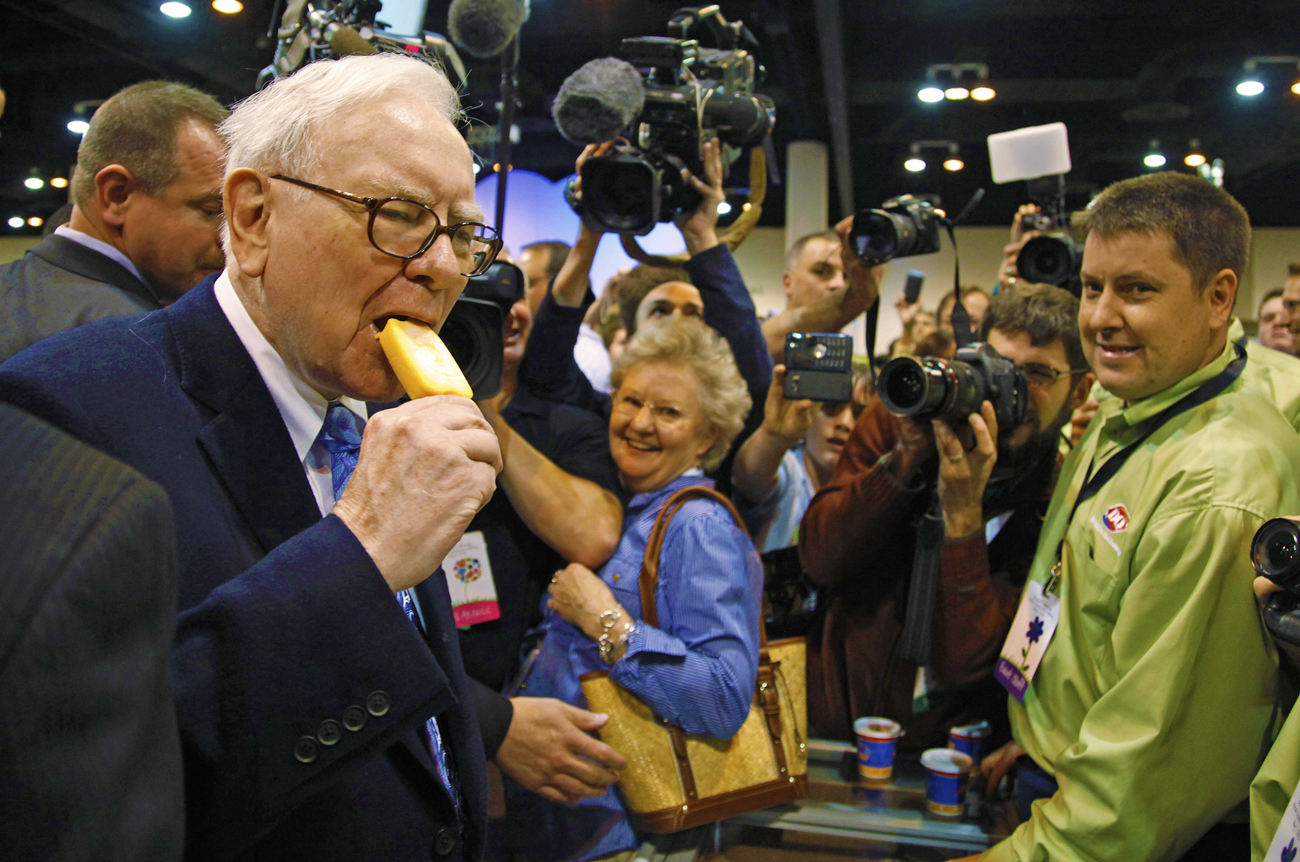 Shareholders from around the world attending Berkshire Hathaway’s annual meeting are wondering what life will be like after Warren Buffett. The 79-year-old “Sage of Omaha” has run Berkshire for 45 years, and few investors have achieved the kind of stardom that he has after transforming a failing textile mill into a $190 billion company selling products as diverse as car insurance, ice cream and paint. Buffett reassured shareholders that he is hale and hearty, despite his age, but it’s a sensitive subject that has seen Berkshire indicate that its succession plans are well prepared. Buffet’s role would be taken over by a chief executive within 24 hours, with three or four chief investment officers announced at a later date.

United Airlines and Continental Airlines are expected to announce they’ve agreed a $3 billion merger, creating the world’s biggest airline. The quest for economies of scale follows the buffeting carriers have flown through since the onset of the 2008 global financial crisis, followed by the unprecedented closure of European airspace after the Icelandic volcanic ash cloud enveloped flight paths. The boards of both US companies have approved the all-stock transaction, under which United is expected to issue 1.05 of its shares for each Continental share. The new entity will keep the United name and will be based in Chicago. The deal would make the carriers the leading presence in top US markets, including New York, Chicago and Los Angeles, and consolidate their Asian, Latin American and European networks. Continental boss Jeffery Smisek will run the new company, while United’s chairman Glenn Tilton will be non-executive chairman for two years. After this, Smisek would become executive chairman. Until now, Delta Air Lines was the world’s biggest carrier, after its buyout of Northwest Airlines two years ago.

Under fire from a catastrophic oil spill in the Gulf of Mexico, BP’s chairman Lamar McKay defended his company’s safety record, blaming a failed piece of equipment for a huge slick spreading along the US Gulf Coast. The main problem is that BP is unable to confirm when the gusher might be capped, as the leak’s 1.5km under the sea. There’s talk of laying a 74ton metal and concrete box over the well in the next six to eight days, but while that’s meant to seal off geysers, it’s never before been tried at this depth. The idea is for oil to flow into a chamber in the cap and then be sucked up to a tanker at the surface.

The bill for the Gulf of Mexico oil spill drifting toward the Louisiana coastline from a well operated by BP could exceed $14 billion, but nobody really knows the final tally. BP claims it’s spending $6 million a day on the clean-up, but admits the figure will rise sharply when the slick hits land. The company and its 25% partner, Anadarko Petroleum, haven’t put an estimate on total costs, but BP says it’ll pay all legitimate claims. Various analysts have estimated the final clean-up bill could be somewhere between $1 billion and $7 billion, excluding compensation that would be paid to Louisiana’s fishing industry (estimated at some $2.5 billion), and Florida’s tourism industry (a potential $3 billion). Some two weeks back an explosion sank the Deepwater Horizon rig, which is gushing about 800,000 litres of oil a day into surrounding waters at a depth of 1.5km.

After months of touch-and-go negotiations, Greece, the EU and International Monetary Fund agreed on a lifeline worth $146 billion, involving low-interest loans to help the cash-strapped nation avoid bankruptcy. The money will be available over the next three years, after an emergency meeting in Brussels sought to preserve the stability of the eurozone, which has been battered by uncertainty over Greece’s ability to repay tranches due on some $410 billion in debt. But the Greek government has been forced to commit to new austerity measures to bring down its 12.7% annual budget deficit, on top of those announced in March, and there’s some doubt that it can meet those commitments over the medium-term. The bailout is still subject to approval by the IMF board and the parliaments of some eurozone countries. Germany, especially, is unhappy to loan money at preferential rates.