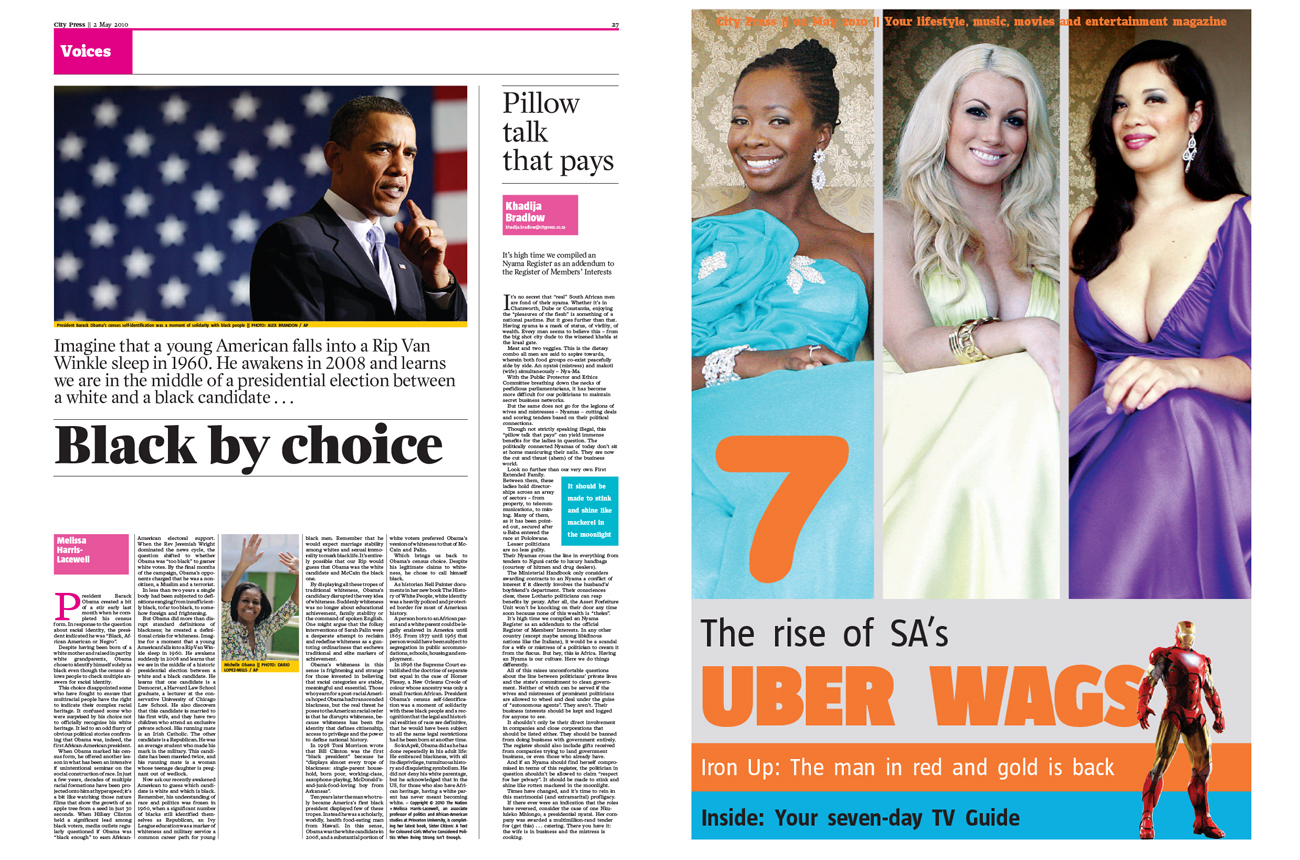 The battle of the Sunday papers will be ratcheted up a notch when City Press this weekend unveils a paper redesigned by top newspaper consultant, Peter Ong, whose credits include the makeovers of Singapore’s New Straits Times and the Sydney Morning Herald. Watch out Sunday Times, City Press has your readers in its sights.

It’s very likely new Sunday Times editor Ray Hartley will be heading for a book store to buy the City Press early this Sunday. Ferial Haffajee celebrates the end of her first year at the helm of City Press by launching a fresh look and new content aimed at broadening the paper’s appeal.

“We’ve been working with Peter Ong, who lives in Australia, but hails from Singapore, and has worked on some of the best papers in the world. He’s also done a lot of work in India, which is the epicentre of fresh design,” says Haffajee.

A paper with a loyal readership base, City Press has been capturing the media and marketing community’s attention with its regular ability to set the media agenda. The news and investigative teams at the paper often break stories and have even been cited as sources by weekly newspapers and online news hubs.

“There are only a few newspapers who break the news and set the talking points in South Africa,” says Haffajee. “A lot of the international newspapers have given up on agenda setting for print and have gone into analysis or reporting on trends in society. They have done so because of broadband penetration levels and because news is so often broken on Twitter or by websites like The Huffington Post.”

Haffajee says her experience at Mail & Guardian with investigative stalwarts like Stefaans Brummer led her to appreciate that investigative journalism can help a newspaper set its own agenda, rather than follow in the wake of another. She believes City Press has always had a first-class investigative unit, headed by Dumisane Lubisi: “My role has been to ensure the news focus was sharpened and that our journalists didn’t fall into the easier route of analysing news already served up by other news entities.”

With Audit Bureau of Circulation figures showing a dip in print news circulations and the recession seeing readers positioning newspapers as “nice to have” rather than “must have”, Haffajee is aggressively targeting a bigger slice of the valuable Sunday readership.

“City Press has always been a paper of black excellence, but we want to broaden our appeal and create new onramps for a wider readership.”

Sunday’s paper will include a new section called “Seven”, a 28 page regular insert that will focus on arts and entertainment. There’ll be new a section called “Voices”, where City Press will showcase writing excellence from the likes of Babalwa Shota, Gail Smith, Andile Mngxitama, Khadija Bradlow, Kofi Annan, Pumla Dineo Gqola and Piet Rampedi who helped break the stories on Malema’s business dealings.

Readers can expect to see more vibrancy, as the paper has been redesigned on a palette of eight core colours. It also sports a new set of fonts ,specially designed for the paper. Content-wise, City Press is going with a “less is more” approach. “There will be fewer words, but the stories won’t be ‘dumbed down’. Readers can expect the sense of a leisurely read that isn’t choked by text.”

Haffajee points to lessons learnt from the Poynter Institute’s research that suggests longer stories lose reader interest. “As journalists we don’t believe stories can be told in fewer than 1,500 words. But the Poynter study showed you lose some 55% of readers after 600 words. You continue to lose with each 50 or 100 words. By the time you get to 1,500, you will have lost 85% of your readers.”

So on Sunday, when you hit your local joint for breakfast and coffee, you may find a fresh-looking newspaper inviting you from the shelf. You could do worse than give the new-look City Press a shot.

Read about the Floyd Shivambu’s mud-slinging campaign against City Press’ Dumisane Lubisi on PoliticsWeb, and Ferial Haffajee’s column on the ANCYL smear dossier. Also Grubstreet’s Gill Moodie on the showdown of the Sunday papers.