Transnet unions threaten to bring freight, and maybe So...

Transnet unions threaten to bring freight, and maybe South Africa, to its knees 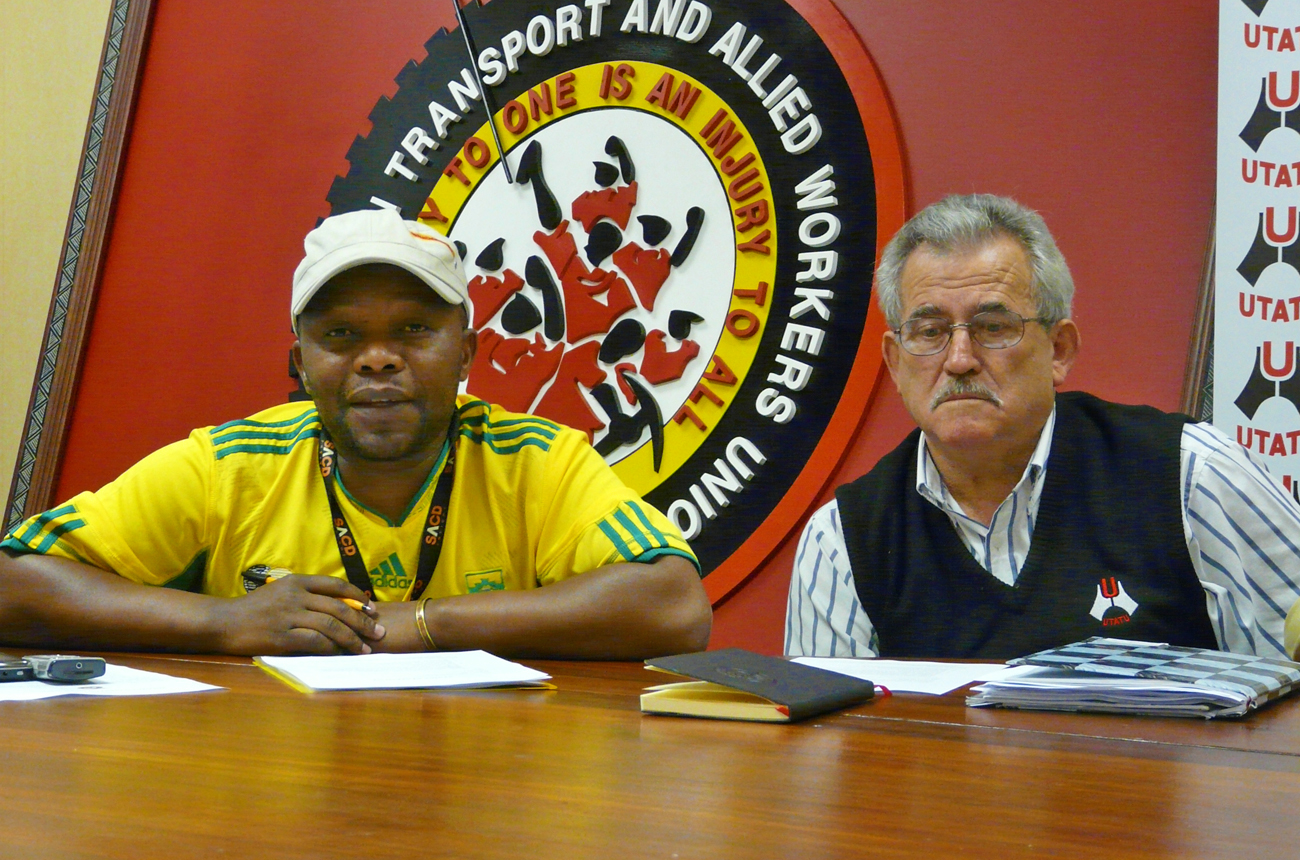 The unions that represent just about all of Transnet's employees say those employees are very angry indeed, and will be downing tools – and working to counter Transnet's contingency plans – on 10 May. And if that screws with the World Cup, well, tough.

Talking tough and inflating threats is a rather transparent negotiation tactic, when it comes down to the wire, but the threats by the SA Transport and Allied Workers Union (Satawu) and the United Transport and Allied Trade Union are (Utatu) far from empty. If the majority of their members down tools – and they say the mandate from their members is unequivocal – it would be nearly impossible for Transnet to keep ports open and freight trains running.

Unless, of course, Transnet agrees on the weekend or very early next week to fork out an extra R1 billion or so on workers every year.

The unions won’t say how long it would take to call off the strike, but point out that Transnet operations are spread all over the country, and simply contacting all their members takes time. That means that even if an attractive deal is put on the table towards the end of next week, it may still be too late to ward off the industrial action.

The strike will not immediately affect passenger rail services, and Transnet should be able to keep its pipelines going for at least a while. But if the strike becomes prolonged, petrol supplies at inland filling stations could become a problem, and talks between the same unions and the parastatal responsible for passenger trains also seems to be heading towards a strike. That potentially means that all transport other than road and air could be ground to a halt, just in time for the World Cup.

And if that is the case, well, tough, say the unions.

“It is not our intention to disrupt the World Cup, but it is not us that have created this situation,” says Satawu general secretary Zenzo Mahlangu. “We just want to improve our conditions so that we are able to enjoy that World Cup.”

The unions say it is impossible, both logistically and in principle, to delay their action until after the World Cup. For one, they are demanding pay increases backdated to the beginning of April. Putting off industrial action until, say, September, would make it too easy for Transnet to rubbish that demand.

The major area of disagreement is seven percentage points in overall pay. The unions say they want a 15% increase in wages while Transnet is offering 8%. That offer is angering members, they say, because managers have increased their own salaries after promising not to, and have grabbed the biggest part of bonuses paid out last year for themselves. And don’t even talk about the wage disparity between the CEO and ordinary members.

But there is also a shopping list of working-condition demands the unions say they can’t budge on. Maternity leave, for one. “Currently a manager is entitled to four months of maternity leave on full pay; employees are entitled to the equivalent of three months on full pay, says Satawu chief negotiator, Jane Barrett. “We believe that is unfair. What makes the baby of a manager more significant or more important than the baby of a worker?”

The demands come at a difficult time for Transnet. The company is in turmoil at the top, with only the acting heads in many key positions. It is just emerging from a slump in demand for its services brought on by the global recessions, and is trying to stick to a massively ambitious capital build project that was planned before that recession. It it is also stuck between the need to keep the trains running, and government demands that parastatals help to contain inflation.

But the unions are showing not a glimmer of sympathy. Utatu general secretary Chris de Vos says they have access to Transnet’s contingency plans, and are already working on ways to disrupt those and maximise the impact of the strike. There is also talk of roping in international support, which could mean that outbound South African ships aren’t offloaded by dockworkers elsewhere in the world, for instance.

While there may be a touch of hyperbole in there, if you are still waiting for a consignment of Chinese T-shirts you hope to sell during the World Cup, now may be a good time to pay whatever it takes for expedited shipping.

Transnet wasn’t available for comment on Friday afternoon, but expect them to start talking to the media – albeit guardedly – over the weekend.

Photo: Zenzo Mahlangu and Chris de Vos, general secretaries of Satawu and Utatu respectively, at a media briefing on Friday. The Daily Maverick