No crisis in SA's sewage system, Sonjica says, and no n...

No crisis in SA’s sewage system, Sonjica says, and no need for public to know either 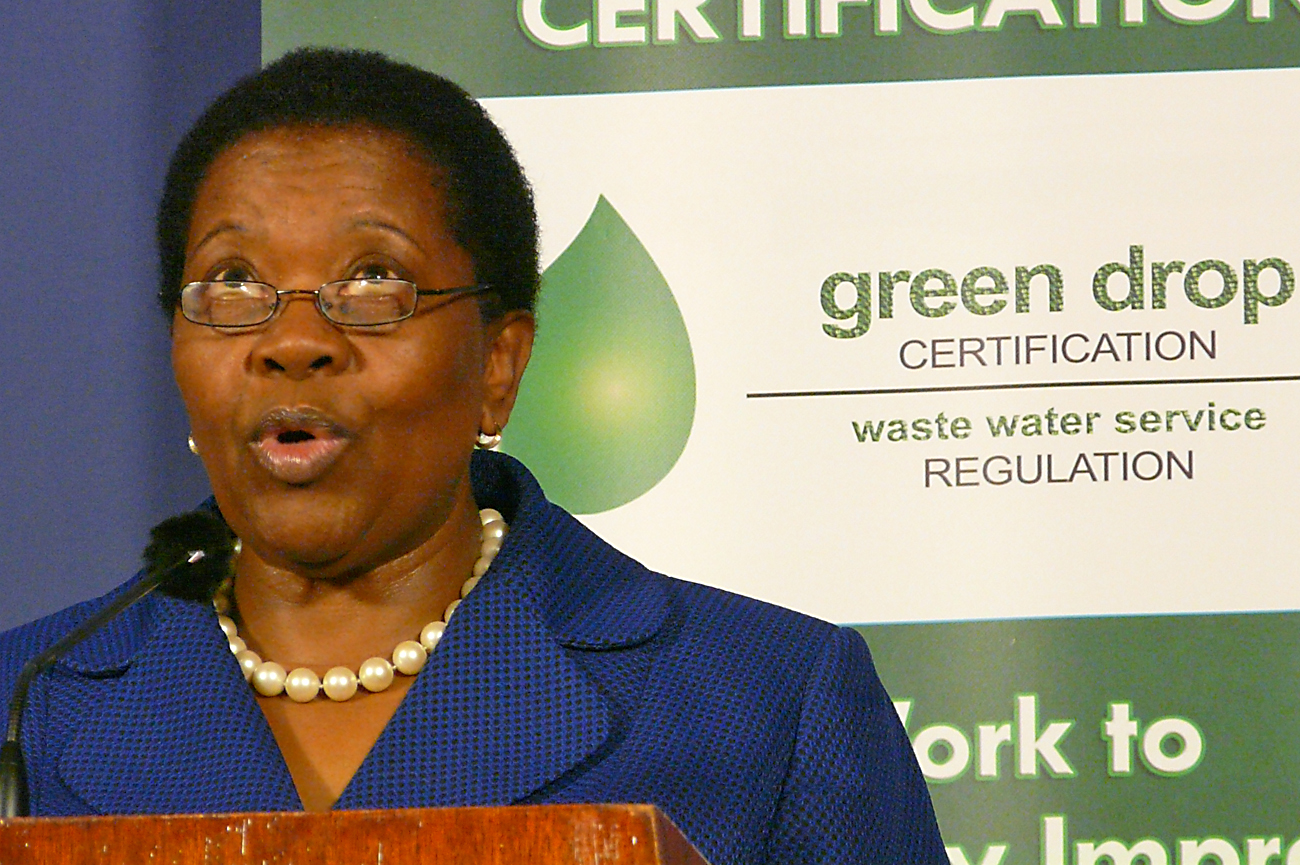 Water affairs minister Buyelwa Sonjica on Thursday finally released a report on the state of sewage treatment throughout South Africa. It paints a grim (if implied) picture of millions of litres of raw sewage flowing into waterways. But there is no crisis yet, Sonjica insisted, because there aren't mass disease outbreaks yet. And there is no need to alarm the public with more complete and more up-to-date figures either.

It’s called the Green Drop report, and it is not pretty. According to the interpretation of the department of water affairs, based on criteria it chose and weighted, 55% of the sewage plants measured require drastic intervention soon, because they are grossly mismanaged, are dumping raw sewage into waterways or simply don’t monitor or report data on their operations at all.

That is somewhat on the optimistic side, however. Because of what the department says is the large number and wide spread of sewage treatment plants, the survey wasn’t complete. The rural the plants were the ones more likely to be skipped, and they were generally less likely to be working well. In the Eastern Cape the assessment rate was just over a quarter of all treatment plants in the province; in Limpopo less than a third of plants were looked at.

In larger cities things are generally not too bad, and Sonjica believes this is because they have more rate payers to tax and focus better on maintenance. Smaller plants, on the other hand, are a disaster, even if well-run. On average, their inflow of sewage is more than double what they were designed to ever process, and there is only one way for the excess to go – down river.

That shows in provincial statistics, with poorer, less urbanised regions doing very badly indeed. In Limpopo every single last plant that was looked at failed the (reasonably generous) test applied by the national government. In the Free State the failure rate was 80%, in the North West it was 77%. In Gauteng, on the other hand, it was only 20%.

Does that translate into a crisis? Not by Sonjica’s reckoning.

Asked for clarification, she re-iterated that “when everybody is sick in the country” it may be appropriate to declare an emergency, but up to that point “we have a very serious challenge that we are busy addressing”.

The challenge is serious enough that Sonjica delayed the release of the Green Drop report by several months, since at least the end of 2009, while formulating a response. It would be alarmist of government to release such data without also showing it has a plan of action, she said. “As a government we don’t have the luxury of just making people aware without offering solutions.”

Those solutions include going to the Treasury with the begging bowl out for at least R23 billion, trying to convince retired engineers to go work at far-flung municipal plants, and reaching out to the United Kingdom for help and advice. It mostly does not involve firm action against those municipalities that fail to adhere to the law, action required by the department of water affairs in its role as regulator. The approach is rather “incentive-based”, with citations issued to those who do not comply and awards given to those who do well.

While that response was being set up, in response to the non-crisis, the department of water affairs also did a second study during the latter half of 2009: a “risk-based assessment which… equipped the department with a complete view of the status of the entire municipal waste water infrastructure,” Sonjica said. That study considered issues that include effluent quality, according to acting director of water affairs services Leonardo Manus. In other words, the department has in its hands a report that covers the entire country (rather than the 53% coverage of Green Drop) and is being used to identify current and future disaster areas, where raw sewage or contaminated water is or could start flowing out of municipal pipes.

When will that report be released? That isn’t a question anybody is prepared to answer, not even evasively. Does the department not have a legal and moral obligation to disclose information that could include dangerous water contamination upstream from communities that use that water? Sure, Sonjica says, and water affairs will be sure to share such information – with the relevant municipality, and with the department of health if there is a risk of contagious disease.

When (not if, as much as we’d like to believe so) a fatal outbreak of a disease like cholera occurs in South Africa again, we’ll be interested to see how Sonjica reacts. We’ll be even more interested to hear what the courts have to say when relatives of the dead claim that the department of water affairs was aware of the risk, and had a duty to forewarn, but chose the path of secrecy instead.