Mosiuoa Lekota strikes back, but maybe too late 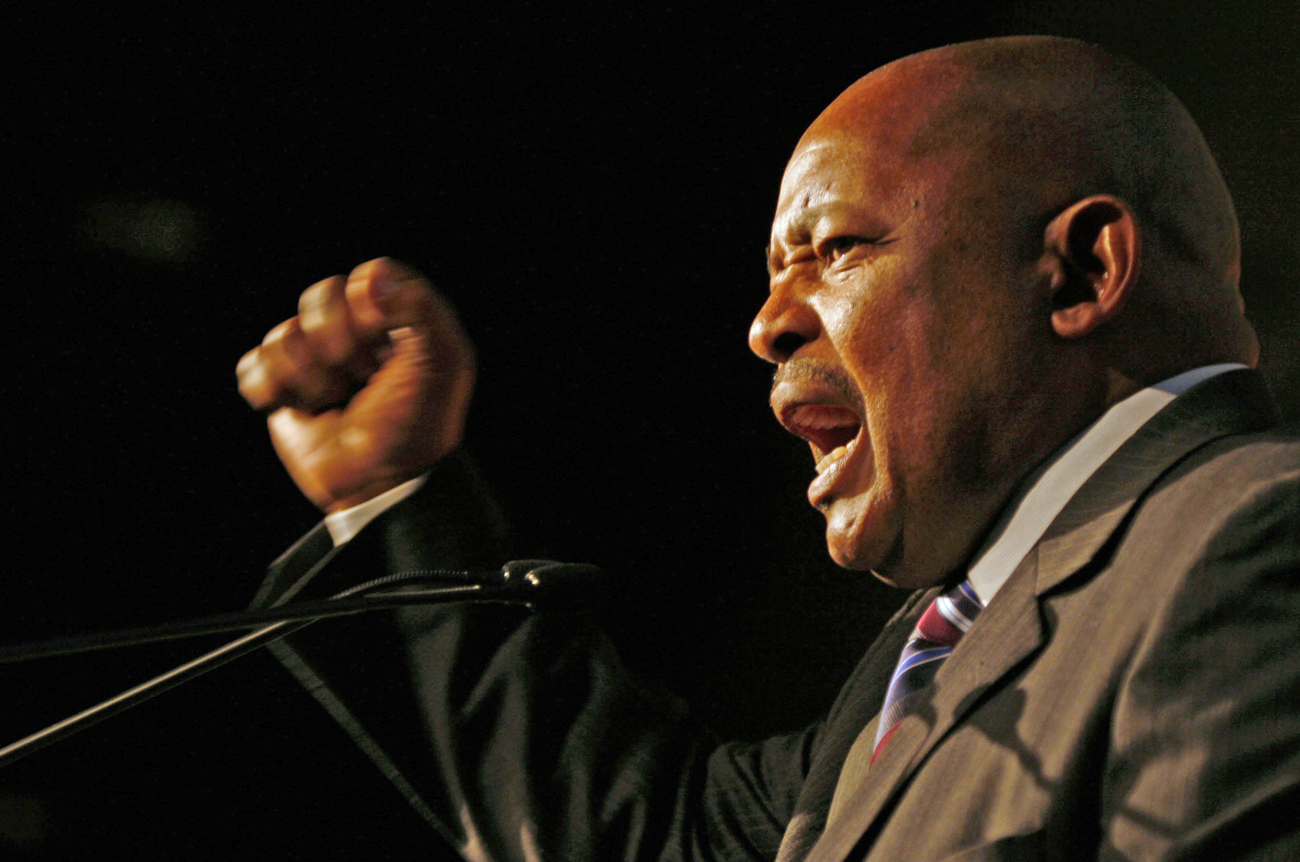 Cope’s leader (for now) Mosiuoa Lekota has accused Mbhazima Shilowa of blocking an audit of the party’s finances. It sounds petty, but says volumes about the current nature of Cope’s leadership fight.

It’s funny the world over. When a group of people get a taste for political in-fighting, it becomes an addiction. They get fratricidal, they almost can’t help themselves. It’s comparable to civil wars – they’re always worse than wars between nations, because everyone has so much passion to be spent. This is what is happening in Cope. The people who left, who remember those heady days of “serving divorce papers” on the ANC, who all had their own views of what should be written on the new blank party canvas, are all harking back to when they were important. And in the process, as we predicted, they’re killing Cope.

Mosiuoa Lekota has now brought all of this right into the open. He’s actually publicly accused his rival, Mbhazima Shilowa, of mucking around with the party’s money. Essentially, Lekota’s wanted a forensic audit of the party’s finances for some time. Because Parliament has now given the party money, Cope has a legal obligation to provide Parliament with an audit. This hasn’t happened, and Lekota says that’s because his attempts to do so have been repeatedly blocked by Shilowa.

And in one of those wonderful moments in politics, Lekota has a letter he says proves Shilowa is actually blocking the audit. The letter appointing an auditor dates back to August last year. But it was only sent by Shilowa’s personal assistant in March this year. Oops.

Then there’s Shilowa’s issues with Cope’s Youth Movement. You may remember they’re the ones who showed their respect for Lekota by accusing him of “dictatorial tendencies” when they had a real go at him on Monday. They’ve clearly made up their mind on who they’re supporting. But Lekota says this is also about money. He’s worried about a tender for the party’s “branding in parliament” that went to the Youth Movement’s secretary, Malusi Booi, for slightly more than half-a-million rand. Now, we’re not the world’s best branding experts, but we do know there wasn’t a proper tender process. And we reckon that it’s probably not too hard to put branding around the party in Parliament. So if you’re wondering if “tenderpreneuritis” has spread to Cope, so are we. It really does look like a classic fiddle.

Lekota’s calling for a meeting of Cope’s national working committee to deal with all the issues he raised. How he must remember those days at Luthuli House, just before Polokwane. Every Monday he’d sit in a room with Thabo Mbeki on one side and Jacob Zuma on the other, where everyone would use polite language and try to avoid the elephant in the room. He clearly wants to do all that again. But with him on one side and Shilowa on the other.

And exactly like Mbeki, he’s just not getting it. It seems to us that within Cope, Shilowa has the political momentum. He’s playing dirty, sure, but he seems to be the one gaining support. Lekota is clearly worried he is not, or is actually losing it. And there isn’t that long to go until this leadership conference of theirs. And exactly as Mbeki did, after a period of being relatively quiet, Lekota is now going on the offensive through the media. Remember all those interviews Mbeki suddenly gave before Polokwane? They didn’t work for him at all. We can’t help but feel they won’t work for Lekota either.

From his side, Shilowa’s phone’s off at the moment. He hasn’t responded to Lekota or the media, yet. And that’s usually a bad sign. We’re talking about the man who would do interviews even at difficult times, who was prepared to stick his head on a block. It means he’s still working out a response, because he can’t just deny it all.

We’ve said all along that we think Shilowa is a better political brain than Lekota. But Cope is a young party. The way this leadership battle is being fought is going to tear it apart. Like the ANC, it seems to have the big problem that the people who vote for the loser in a leadership election sometimes refuse to accept the result. They spend all their time actively working against the guy who won. And Shilowa seems to be almost forcing them to turn against him, if he wins this. Which despite Lekota’s public gambit, he probably will.

(Grootes is an Eyewitness news reporter)