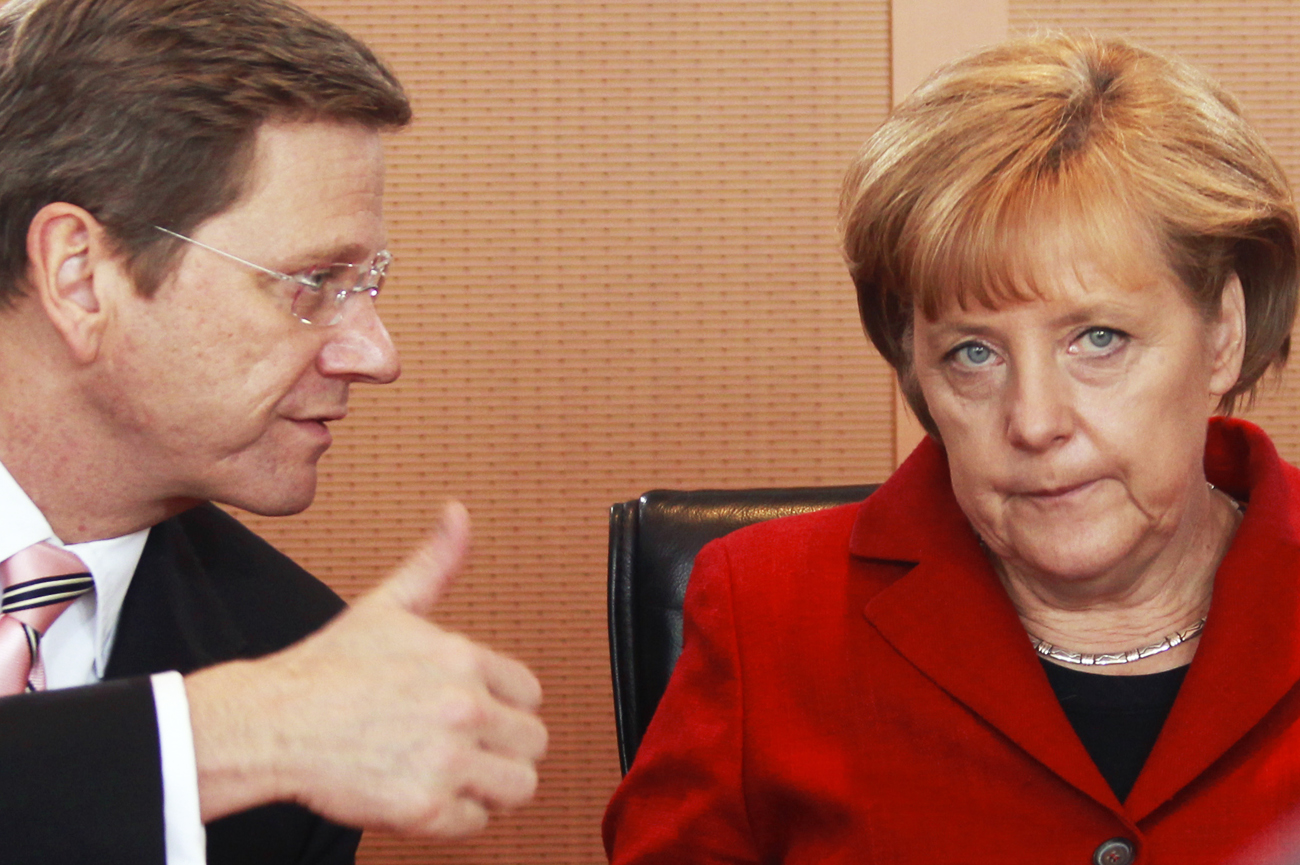 Greece’s credit contagion has spread, after ratings agency Standard & Poor’s decided to cut Spain’s credit rating, a day after slashing Greek bonds to junk status and downgrading Portugal’s debt. The fact that the Spanish economy is much larger than that of Greece has widened Europe’s financial crisis, and this could now damage economic recovery in the US. European officials say they’ll act fast on a big package of loans for Greece, but the bloc has been dragging its feet up until now, as Germany focuses on domestic elections and digging its own way out of the global recession. Some analysts believe European economic growth will slow to less than 1% this year, as more countries take tough measures to get their fiscal affairs in line, including making public spending cuts, wage cuts and reforming their welfare systems. That’ll hurt American business, which exported $36.5 billion of products to EU nations in the first two months of 2010.

The largest solar power company in the world, First Solar, will buy chief rival NextLight Renewable Power for about $285 million, adding 1.1-gigawatts worth of arrays to its 1.4-gigawatt pipeline. The move is strategic because NextLight has power purchase agreements to provide more than 520 megawatts of power to California utility Pacific Gas & Electric, a company pursuing alternative energy policies. First Solar wants to become a major force in California power supply, and has mandated that some 33% of its output be generated from renewable energy sources by 2020. It’s already got deals with Southern California Edison, so the new acquisition is meant to consolidate this position. First Solar has already bought up Optisolar and Edison Mission Group in its portfolio expansion.

After nearly 10 years of politicking, the US federal government has approved a 130-turbine wind farm off the coast of Cape Cod, near Boston. The facility, dubbed Cape Wind, will cover about 39 square kilometres, an area the size of Manhattan, with turbines no closer than eight kilometres off the coast. There’s still lots of controversy and red tape to cut through. Before his death last year, Democratic Senator Ted Kennedy said the wind farm would channel government money into corporate hands, and place a heavy burden on Massachusetts taxpayers. The $1 billion project is intended to generate enough power to meet 75% of the energy demand for the Cape Cod, Martha’s Vineyard and Nantucket region, but $10 billion more needs to be spent on upgrading grid and transmission lines.

Hewlett-Packard’s deal to acquire smartphone maker Palm is about Palm’s WebOS operating system that can power tablet computers and low-end laptops known as netbooks, and not just smartphones. The deal helps HP move into the booming smartphone market, and boosts it own efforts in making tablet computers that operate on platforms other than MS Windows. By building on WebOS, HP is obviously hoping it’s onto something akin to Google’s Android operating system, which powers smartphones, but can expand to numerous other devices. HP says it’s buying and developing its own operating system, rather than just using Android, because the huge potential market for devices is in early-stage development and the company believes in having choices, along with working with partners, specifically Microsoft.

German prosecutors have raided 230 offices and homes in an investigation into $238 million worth of tax evasion linked to carbon emissions trading. Some 150 suspects at 50 companies were targeted, and their assets frozen by the Frankfurt Chief Prosecutor’s Office. They’re suspected of playing a game called carousel fraud, in which carbon traders collect tax and disappear before turning it in to authorities. The UK, France and the Netherlands, have already looked into such scams, according to Bloomberg. The German raid is based on the belief that an estimated 7% of carbon trades were affected in the $125 billion EU market in 2009.