So, who is this Elise, anyway?

So, who is this Elise, anyway? 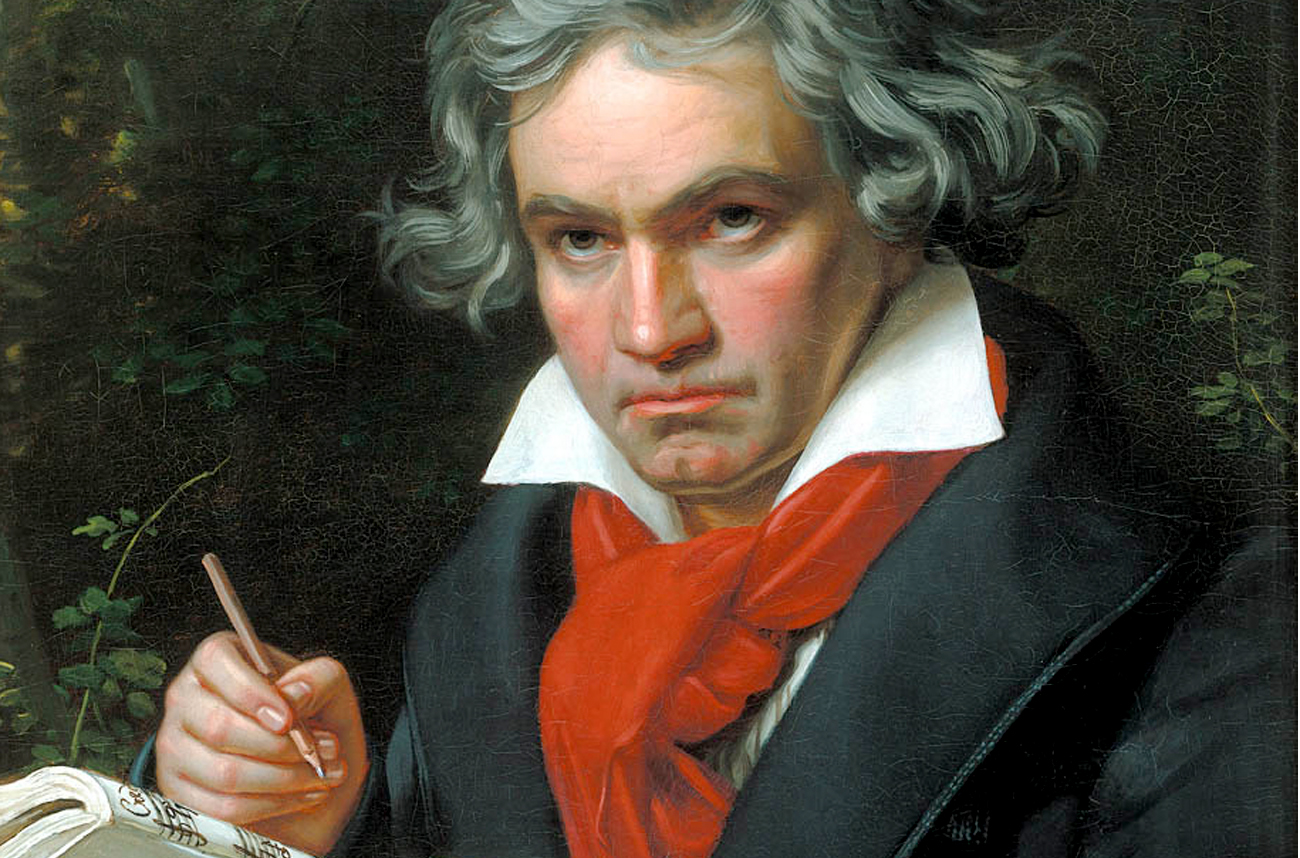 Exactly 200 years ago, the man many consider the greatest composer of all time, wrote a little piano piece that has since become well-known to just about everyone else living on this planet. The man: Ludwig van Beethoven. The piece: Für Elise.

Almost all of us carry around a vivid mental picture of Ludwig van Beethoven. He’s the guy with the scowl and the wild head of wavy hair. He’s the obsessive-compulsive composer who kept writing and writing until his compositions were, well, perfect. He’s the man who sawed off the legs of his piano so he could feel the vibrations of the notes better and who eventually needed an ear trumpet so he could hear anything at all. He’s the composer who wrote nine magnificent symphonies, a great happy-ending opera, dozens and dozens of other major works and, when he was almost totally deaf, could write those ethereal late string quartets with their eerie, almost post-modern silences.

Beethoven was also that passionate, romantic democrat who, supposedly, first dedicated his Eroica Symphony to Napoleon to celebrate his audacity in deposing all those reactionary European rulers, but who then tore up that same inscription when he learned the French first consul had just crowned himself emperor of Europe.

Beethoven’s also the man who wandered through the woods and farms around Vienna to listen to the sounds of nature and the songs of peasant farmers so he could rework them into his compositions. And he’s the same man of whom Mozart said that his music was just too raw and untamed – but about whom Haydn had famously replied, “We will hear of him some day.”

But, ask just about anyone, anywhere to pick out the main theme of a Beethoven composition at the piano and there is one sure-fire, old reliable besides those first four notes of the 5th Symphony (Da-da-da-Duh!). The odds-on favourite must always be that short piano piece, the Bagatelle No. 25 in A minor (WoO59, Bia 515) – or, more popularly, Für Elise, dated, when else, but 27 April 1810.

Beethoven only gave opus numbers (the sequential listing of a composer’s works) to what he thought of as his most important works. As a result, many lesser compositions received no opus number, and so they later received a WoO, or werk ohne opuszahl, German for a work without an opus number. In this particular case, a WoO number was only definitively given in 1955, long after Beethoven’s death in 1827.

If you studied piano as a child, Für Elise was probably your first real serious piano work to learn – or at least the first part of it. And almost just as certainly you played it and played it until your parents finally took to locking themselves in a distant bedroom cupboard with cotton wool in their ears, rather than have to hear Für Elise one more time. Then, as a parent, if your own children studied piano, you’ve been on the receiving end of that aural torture, in exchange for having your child learn to play the piano. Pity this reporter: his wife is a piano teacher and his household often echoes with the sound of students beginning to learn this piece as well.

Besides its near-compulsive rhythmic quality, there remains a modest air of mystery about this work, given its final form 200 years ago.

For a start, it is not even clear who ‘Elise’ was, exactly. Some Beethoven scholars argue she was one of his mistresses, while others insist the discoverer of the work, a Ludwig Nohl, actually transcribed the title incorrectly – the work was actually Für Therese, Therese Malfatti von Rohrenbach zu Dezza, a member of the Austrian nobility, a friend and a student of Beethoven’s to whom he unsuccessfully proposed marriage in 1810. There’s another theory as well. Apparently, Germans of the period named any sweetheart an ‘Elize’, so this piano work could even have been a multipurpose composition to be used as needed. Anyway, Für Elise was first published only in 1867, but since the original score is now missing, we’ll never really know if it was for Elise, Elize or Therese – or someone else.

For all you amateur musicologists, here’s some information you can use to amaze and astonish your friends. Für Elise is written in 3/8 timing. The opening right-hand main theme is accompanied by a series of left-hand arpeggios and the piece always has a very real sense of forward motion and drive. A lighter section then follows and, after a cascade of arpeggios and a chromatic descent of an octave-and-a-half, the main theme returns before the piece comes to its conclusion.

So, dear Elise, whoever you were, happy 200th birthday! You sound, and feel, as fresh now as ever.

For more, try Wikipedia, a New Yorker article, and several sites dedicated to this particular piano work, like this one.