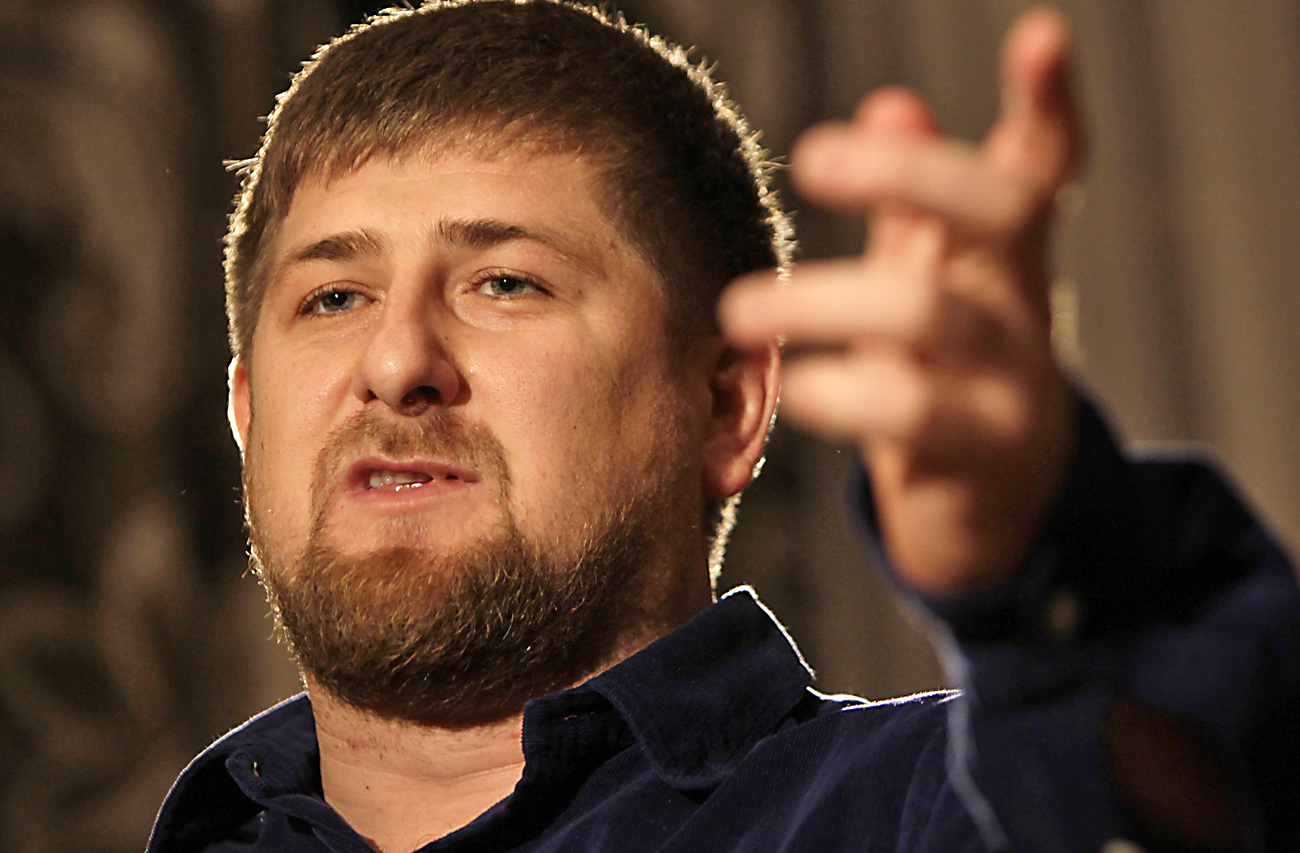 A former Chechen rebel, Shaa Turlayev, who’s close to the president of the Russian republic of Chechnya, has been linked to a killing in Austria of a Chechen whistleblower, Umar S. Israilov, who accused President Ramzan Kadyrov of personally participating in torture, kidnapping and murder. Kadyrov, who has brutally suppressed a separatist insurgency with Kremlin backing, denies any knowledge of the dead man, despite him being one of his former bodyguards, according to The New York Times. But an Austrian investigation into the crime has uncovered links between the suspected killers and the former Chechen rebel. This raises questions about Kadyrov’s denial and whether he or his government played a direct role in the killing – one of many that have silenced the Chechen president’s critics or rivals. That in turn looks bad for the Kremlin.

Photo: Ramzan Kadyrov, the President of Chechnya, speaks during an interview with Reuters at his private offices near the town of Gudermes outside the Chechen capital Grozny, December 16, 2009. Reuters.

An armed man spotted in a car full of police gear at a North Carolina airport told a police officer he wanted to see President Barack Obama as Air Force One departed for a memorial service for West Virginia coal miners killed in an explosion. He was charged with a misdemeanour under American law, but apparently wasn’t charged for impersonating a cop. Joseph Sean McVey, whose surname sounds eerily similar to that of Timothy McVeigh, the man executed for blowing up a federal building in Oklahoma City in 1995, was in a rental car return lot that’s open to the public. But his law enforcement-style strobe lights on front and rear dashboard, mounted digital camera, antennas on the boot lid and a working siren, unnerved cops enough for them to hold him in a nearby county jail on $100,000 bail. That’s a lot of cash for a misdemeanour.

The threat of a potential environmental disaster in the Gulf of Mexico is growing, as efforts to clear up an oil spill from a sunken drill rig have been suspended because of bad weather. A rig leased by oil major BP exploded and sank off the Louisiana coast last week, leaking some 1,000 barrels of oil a day into the water. The pollution is likely to wash up on beaches, barrier islands and in wetlands across Louisiana’s coastline. Eleven riggers are still missing and presumed dead, and the search for them has been called off. The rig burned for 36 hours before sinking in 1,500m of water some 85km off the coast of Louisiana. The slick is now about 1,500km² in area, which will no doubt have huge political repercussions after President Barack Obama proposed to allow extensive new oil and gas drilling operations to commence off the US coastline.

Republicans are still holding out on legislation that aims to rein in Wall Street, so Democrats stepped up their efforts to splinter the opposition and garner support from at least two influential members of the GOP. Democratic Senator Christopher Dodd, who chairs the Senate banking committee, wants to toughen the comprehensive bill with rules on derivatives trading, despite the Obama administration wanting to step back a bit to attract bipartisan support. Dodd’s restrictions were approved by the Senate agriculture committee last week, and supported by Republican Senators Charles Grassley of Iowa and Olympia Snowe of Maine, along with committee chairwoman Blanche Lincoln, a Democrat from Arkansas. That gives the proposed derivatives rules impetus and will worry both holdout Republicans and Obama’s government, who want debate to begin over the core bill.

South Korea’s defence minister Kim Tae-young says a torpedo most likely caused the sinking of a South Korean warship last month, killing 40 sailors. That statement means the South Koreans reckon North Korea did it, and adds to the tension over how the South might respond. The minister has still not pointed a finger directly at his counterparts in Pyongyang, North Korea’s capital, showing how difficult it is to resolve one of the most serious attacks since the Korean War ended in a truce in 1953. Any military retaliation could provoke a response from a nuclear-armed rogue state – and failure to respond would make the South Koreans seem like a bunch of wussies.

Hundreds of Iranians marked the 30th anniversary of a failed US military attempt to rescue 53 American hostages held in the capital, Tehran, during the Iranian Revolution. That’s a lot less scary than the hundreds of thousands who demonstrated over 444 days from late 1979 to early 1981, after Islamist students and militants took over the US embassy there. The 1980 rescue attempt was a huge embarrassment for President Jimmy Carter, when a US rescue helicopter collided with a C-130 transport plane killing eight American servicemen. Hardline Iranians still gather at the desert crash site some 600km southeast of Tehran to celebrate the failed rescue.